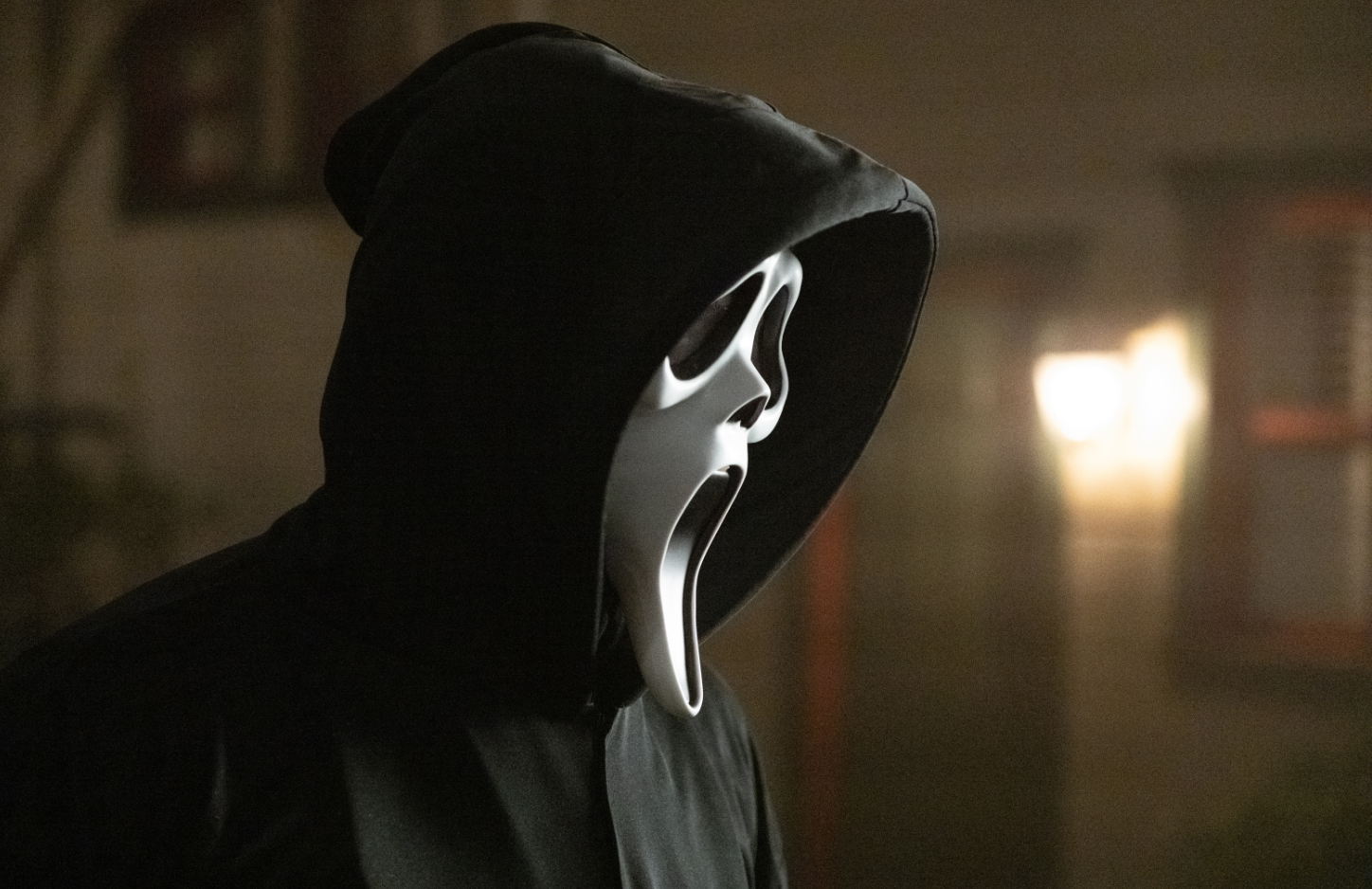 10 Horror Movies and Shows Releasing This Week Including the Return of Ghostface in ‘Scream’!

We’re only two weeks into 2022 and this week is already a HUGE week for the horror genre, with the brand new Scream movie bringing Ghostface back to theaters this coming Friday.

Three indie horror movies kick off the week on Tuesday, January 11, the first of which is The Legend of La Llorona , yet another new take on the ghost story of the “Weeping Woman.”

What’s different about this one? For starters, Danny Trejo stars!

“A malevolent spirit bent on vengeance, stalks a young family visiting Mexico. Andrew, Carly and their son Danny travel to an isolated hacienda in Mexico for a much needed vacation. As they enter the town, signs showing missing children set an ominous tone. The family learns of the legend of “La Llorona,” the evil spirit of a distraught mother who lurks near the water’s edge and strikes fear in the hearts of all who see her.

“La Llorona torments the family mercilessly, snatching Danny and trapping him in a netherworld between the living and the dead. Aided by the resourceful taxi driver Jorge (Danny Trejo) the family races to save their only child, navigating the foreboding countryside held by menacing cartel thugs. Gaining strength and power and leaving a path of death and destruction in her wake, La Llorona is seemingly unstoppable. But a secret from Carly’s past may provide an opportunity to finally defeat the spirit.”

You can watch the official trailer below.

Tuesday also brings us back to Amityville for Amityville Uprising , the latest in a long, long line of horror movies that have nothing to do with the actual Amityville Horror franchise.

This one happens to be an Amityville-set zombie movie!

In the film, “A chemical blast at a military base sets off a supernatural disaster. As Sgt. Dash tries to keep the peace at the local police station, the explosion unleashes a toxic acid rain that dissolves the flesh of anyone trapped in it. Even worse, it causes the dead to rise again and attack the living. Can Dash and fellow officer Nina Rossi figure out who is friend and foe, fend off the attacks, and defend their colleagues until the savage cataclysm subsides?”

In the film, “Three friends reconnect in a secluded mountain town after a long quarantine. While out for a hike, the trio stumble upon something dark and terrible in the deep woods.”

You’ll find this one on VOD outlets. Watch the trailer below.

Jumping to Friday, January 14th, the big release for the week is of course Scream from directors Radio Silence (Ready or Not), a legacy sequel to all four movies in the franchise.

Expect our review right here on Bloody Disgusting this Wednesday!

James Vanderbilt (Murder Mystery, Zodiac, The Amazing Spider-Man) and Guy Busick (Ready or Not, Castle Rock) wrote the script. Michel Aller served as the editor for the film.

Also on Friday, the discovery+ streaming service celebrates the return of Scream with “Scream: The True Story,” a new special that uncovers the reality behind the film franchise.

The latest installment in discovery+‘s “Shock Docs” series looks at the alleged “true roots” – the horrific story of serial killer Danny Rolling, aka The Gainesville Ripper.

Launching Friday, January 14, 2022, the docu-special – through a groundbreaking paranormal investigation, archival media and expert interviews – takes a closer look at the alleged diabolical forces involved and whether Rolling’s spirit still lurks in the shadows.

Preview the Scream-themed special below.

For families and younger audiences, fourth installment Hotel Transylvania: Transformania (read our review) comes to Amazon Prime Video this Friday, and it’s being billed as the final installment in the animated franchise that centers on lovable versions of classic monsters.

In the franchise’s final installment, “Drac and the pack are back, like you’ve never seen them before in Hotel Transylvania: Transformania. Reunite with your favorite monsters for an all-new adventure that presents Drac with his most terrifying task yet. When Van Helsing’s mysterious invention, the “Monsterfication Ray,” goes haywire, Drac and his monster pals are all transformed into humans, and Johnny becomes a monster! In their new mismatched bodies, Drac, stripped of his powers, and an exuberant Johnny, loving life as a monster, must team up and race across the globe to find a cure before it’s too late, and before they drive each other crazy. With help from Mavis and the hilariously human Drac Pack, the heat is on to find a way to switch themselves back before their transformations become permanent.”

Netflix is also bringing fresh horror to the table on Friday, with the brand new original series “Archive 81” premiering on January 14. Notably, James Wan exec produced this one.

The series is inspired by the found footage podcast of the same name.

“When archivist Dan Turner (Mamoudou Athie) takes a mysterious job restoring a collection of damaged videotapes from 1994, he finds himself reconstructing the work of documentary filmmaker Melody Pendras (Dina Shihabi) and her investigation into a dangerous cult. As Dan is drawn into Melody’s story, he becomes convinced he can save her from the terrifying end she met 25 years ago.”

Watch the trailer below, which weirdly begins with music from… Candyman?!

The final new release for this Friday is Stoker Hills , which will be making its way to limited theaters and VOD platforms on January 14, 2022 via Screen Media.

Tony Todd appears in Stoker Hills, seen in the trailer below.

The film takes place in the secluded town of Stoker Hills where three college students filming a horror movie find themselves trapped in their own worst nightmare. Their only hope for survival is two detectives who find the camera they left behind in the woods.

The week ends with the return of The CW’s “Two Sentence Horror Stories,” with the brand new Season 3 episodes premiering on The CW on Sunday, January 16, 2022.

“Two Sentence Horror Stories” is a critically-acclaimed psychological horror anthology series featuring a different sub-genre of horror in each episode.