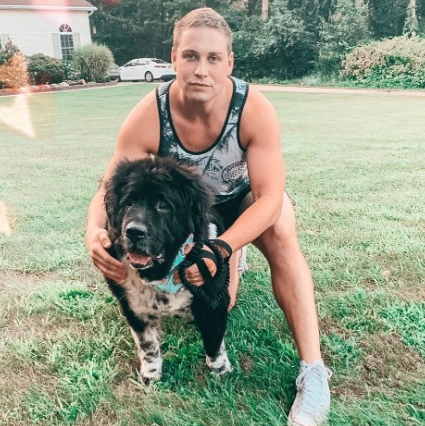 11 Times Celebs Were Caught On A Hot Mic And Said Something, Well, Interesting

From singers to talk show hosts to politicians, these celebs were NOT expecting to be heard.

2. Someone (people think Finneas) was heard talking about Taylor Swift on their mic while Billie Eilish was talking to the crowd at Coachella 2022:

What Happened: Audio of a voice that sounded like Finneas was picked up by a mic, seemingly backstage. People said, after listening closely, they heard something about Taylor Swift.

3. In an explosive episode of Real Housewives of Salt Lake City, Lisa Barlow was caught on hot mic trashing her BFF Meredith Marks:

What Happened: You have to watch the full season, but what it boiled down to was two best friends claiming the other didn't have loyalty.

4. Fox News anchor, Amy Robach, was caught on a hot mic in 2019 talking about how the Palace threatened her for wanting to cover the Jeffrey Epstein scandal:

@talkRADIO Seeing as Buckingham Palace amp; the Royals are trending. Here's Amy Robach caught on a Hot mic claiming the Royal Family threatened their access to the Royals, if they didn't drop the Prince Andrew Nonce story... 🔥🎙️🍿🎬

What Happened: Anchor Amy Robach, on hot mic, claimed she wanted to cover the Jeffrey Epstein allegations, but was threatened by the Palace.

What Happened: According to CNN, "Sen. Susan Collins and Sen. Jack Reed were recorded discussing President Donald Trump's lack of familiarity with the details of governing. The conversation was picked up by a hot mic."

6. Wisconsin basketball player, Nigel Hayes, was heard on a hot mic saying "She's so beautiful" about a female reporter during a 2015 press conference:

What Happened: In an adorably awkward moment, the mic picked up Nigel telling his teammate how he thought the reporter was "beautiful."

7. Mel Gibson thought his interview with Dean Richards was over and referred to him as an "asshole" to someone off-camera in 2010:

What Happened: After a visibly tense interview with Dean Richards, Mel Gibson appeared to call Dean an "asshole" to someone off-camera.

8. Jesse Jackson was caught on a hot mic in 2008 talking poorly about then-presidential nominee, Barack Obama:

What Happened: Reverend Jesse Jackson was criticizing Obama and said as a nominee, Obama was "talking down to Black voters." He later apologized.

9. Justin Bieber was heard on a hot mic complaining — A LOT — about the camera angles of his performance on TODAY in 2015:

What Happened: Justin appeared to be displeased with the position of the cameras on TODAY, explaining that they weren't capturing his dancing well.

10. Ice skater Nancy Kerrigan was heard on hot mic dissing the Disney parade she was appearing at in 1994, calling it "corny" and "so dumb." She is even heard saying, "I hate it."

What Happened: Kerrigan is heard trashing the Disney parade, which appears to be a paid appearance opportunity for the Olympic ice skater.

11. And lastly, Christian Bale was caught on hot mic having a full-blown meltdown on the director of photography on the set of Terminator: Salvation in 2009:

What Happened: It appeared the director of photography walked in on the shot, which led to Christian's full-blown freakout. He later apologized. You can hear the full audio here.