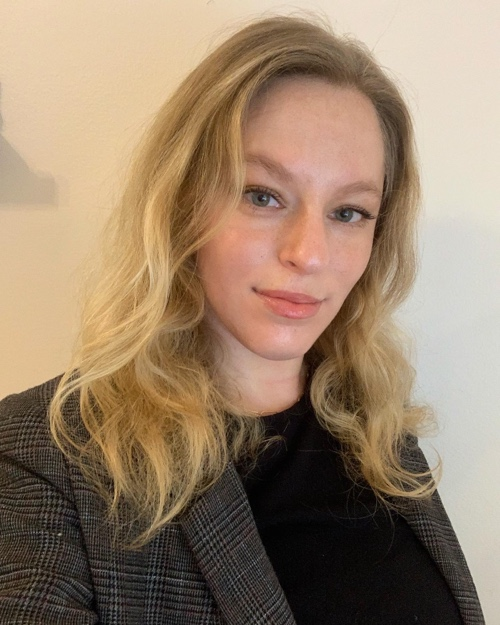 Buckle up, things are about to get intense.

As the iconic poet Avril Lavigne once said, "Why'd you have to go and make things so complicated?" and that's what I want to know!! Why did the following celeb love triangles have to turn so messy?

The early 2000s teen drama centered around Hilary and her beau at the time, Aaron. They started dating when she turned 13, and after a two-year relationship, he suddenly started seeing Lindsay out of the blue, telling CNBC in '05, "I was dating [Hilary] for like a year and a half, and then I just got a little bored, so I went and I started getting to know Lindsay." Hils and Aaron got back together a few months later, but he cheated on her again. Hilary and Lindsay were at odds for years, fighting back and forth until 2007, when they both publicly declared a truce. The teenage love triangle was complicated, and details are still sparse, but as far as I can tell, emotions were high, and Aaron was a jerk.

Ah, my teen years! They were plagued with one hot debate: Did we want Nick to end up with Miley or Selena? Who was a better fit? There were tons of awkward moments in this love triangle. For those who don't know, Miley and Nick dated as young teens roughly from 2006 to 2007 (and he even has a chapter in Miles to Go, aka Miley's memoir). He supposedly broke up with her and moved on to Gomez. Miley was scorned and penned the iconic "7 Things" banger about her ex. She even sang the hit with Gomez in the audience at the Teen Choice Awards in 2008. It was a back and forth, with Miley making fun of Selena on her Youtube channel. Miley and Nick later collaborated on the 2009 hit "Before the Storm," and rumors swirled about them getting back together. Nowadays, the stars chalk it up to childhood drama, but I swear, it was a big deal back then.

Kourtney and Scott were together on and off for years. They have multiple kids together. We've seen their ups and downs on KUWTK, and then, around 2015, it was done for good, and Scott was with a much younger Sofia. Her dad, you know, THE Lionel Richie, disapproved. Kendall commented shady stuff on an IG post. They were together for nearly three years, and Sofia was even on the show at one point. Kourt and Scott were co-parenting, but it was just awkward. Eventually, Scott and Sofia split up, and as we all know, Kourt is head over heels in love with Travis Barker nowadays. Sofia is even happily engaged! While the love triangle was quite a doozy, with lots of history to unpack, everyone seems settled now.

Olivia and Jason were engaged with two kids — it seemed like they were a solid couple. Suddenly, they were separated. Then the director was stepping out with Styles at a wedding holding hands like it was NBD, and maybe it wasn't and enough time had passed. .... But how did this come about? Their debut as a couple was months ago, but things are still kind of tense nowadays. Jason recently served Olivia with papers at her CinemaCon premiere for Don't Worry Darling. (Which, if you didn't know, Harry stars alongside Florence Pugh!) Where will this drama go next?

It seemed like the internet exploded when Olivia released "Drivers License," and people quickly connected it to her High School Musical: The Musical: The Series co-star. As the lyrics implied, she was mourning a breakup. Things got super intense when sleuths discovered Bassett was now with Sabrina, and as the lyrics of Rodrigo's debut album Sour reveal on the track "Traitor," he didn't cheat technically, but he's still a traitor. People started hating on Sabrina, and the internet swirled with rumors as to Olivia and Joshua's breakup. What was the timeline? Did he cheat and leave her for Sabrina? How is one to ever know the real answer?

This one is a whirlwind TBH. Ellie and Ed were dating casually in 2013. It was a thing. Then, she allegedly cheated on Ed with Niall. Things got dramatic when Ed released his 2014 single "Don't," which accused Ellie of the exact thing. Nothing was ever confirmed, but people put the pieces together. Ed said the song was about a time when someone he was seeing hooked up with one of his friends when they were all staying in the same hotel. WOAH. Niall and Ed seem to still be friends, so I guess the past is in the past.

So, this one went on for a while. Joe and Taylor dated in 2008 with Swift infamously going on Ellen to call him out about their breakup. He dumped her (on a 27-second phone call, people!) before getting together with Camilla, who starred in the "Lovebug" music video. Taylor wrote "Forever Always" about the breakup, and "Better than Revenge" allegedly about Camilla. Joe responded with "Much Better." Pretty, pretty messy.

The three TikTok stars have a rocky past. First, Dixie was dating Griffin. Things were peachy for their four months together, until they broke up and Dixie got together with his BFF at the time, Noah. Noah even appeared in Dixie's "Be Happy" music video and later confirmed their romance. Griffin was not supportive, penning a song titled "Convenient," which called Noah and Dixie out. Who knows how things went down BTS, but this just confirms a love triangle always ends up with at least one hurt party.

Pete and Cazzie were so cute together, dating from 2016 to 2018. They seemed like a good match until Pete got engaged to Ariana exactly a month after his breakup with Cazzie. The timing was a bit suspicious TBH, with the quick engagement taking everyone by surprise — including Cazzie herself. Pete and Ariana were very public about their whirlwind romance, with David writing about the impact it had on her in her 2020 essay collection, No One Asked For This . Pete and Ariana split after a while, with Ariana releasing thank u, next in 2019 to document the breakup and her commitment to herself. While no words regarding the timeline were exchanged in any public forum, it was assumed that things got a little messy behind the scenes of this love triangle.

I don't mean to bring Taylor up again; I just know her ~public~ history well enough to recall it easily. Taylor and Calvin were honestly the golden couple in 2015. Taylor and Calvin seemed like the perfect pairing when they got together and were frequently seen out on romantic dinner dates, and even became Insta official. Just after they celebrated their one-year anniversary, Swift was seen dancing with Tom at the 2016 Met Gala. Taylor and Calvin were spotted by paps on a drive after looking pretty tense, which later lead to a breakup announcement. Soon after, Taylor and Tom were kissing in Rhode Island, in a series of pictures that shocked the Swiftie fandom. They embarked on a whirlwind summer tour, traveling to Rome, enjoying romantic lunches, and splashing in the ocean at Taylor's 4th of July party. Things got messy when Calvin released a song that implied Taylor was unfaithful. Things got even worse when Taylor called Calvin out for not giving her credit on a song they co-wrote together called "This Is What You Came For." Things got even more dramatic when Taylor's 2017 album reputation came out and featured a little tune titled "Getaway Car" — which basically says Tom was her escape route from Calvin. Nowadays, everyone's settled with their respective significant others, but boy was it a dramatic series of events. These lyrics summarize it perfectly, "While he was running after us, I was screaming, "Go, go, go!" / But with three of us, honey, it's a sideshow / And a circus ain't a love story / And now we're both sorry."

Get this.... Mary-Louise and Billy are married. Mary is 7 months pregnant. Out of nowhere, Claire falls in love with Billy, and Billy leaves his wife for her. Can you imagine? Apparently, Billy and Claire had been friends for over 10 years. I guess they fell in love, and in 2003 were spotted getting cuddly. Their friendship had turned romantic! And Mary-Louise was on the outs. Not only is this love triangle quite messy, but it also involves an innocent child. Billy has been spotted with his now-17-year-old son William.

Jen and Brad got married in 2000 in a lavish Malibu wedding. Things were perfect until they announced their divorce in 2005. As the story goes, Brad met Angelina Jolie on the set of Mr. and Mrs. Smith. They fell in love allegedly while Brad was still married to Jen (!!!) and got together despite his marriage. Brad and Angelina went on to date for many years and had an expansive family before getting married in 2014. Rumors swirled in the press about him obviously cheating on Jen, and at the time, it looked like a messy fall-in-love-while-filming-and-leave-your-wife drama come to life. Who knows the real story, but that love triangle dominated the tabloids for so long.

Now, this one is odd. Orlando and Miranda were married. Rumors swirled about a hook-up with Justin Bieber at a 2012 Victoria's Secret afterparty. Bloom and Kerr got divorced in 2013. Nothing has been confirmed, but here's where it gets tricky: Orlando confronted Justin in a nightclub in 2014 and was seen punching the singer! Was it over the affair years earlier? Justin was in an on-off relationship with Selena Gomez, and Gomez and Orlando were also pictured out and about during that time as well. Was this all one big love square-off? Who knows?

What is your favorite messy love triangle? LMK below.