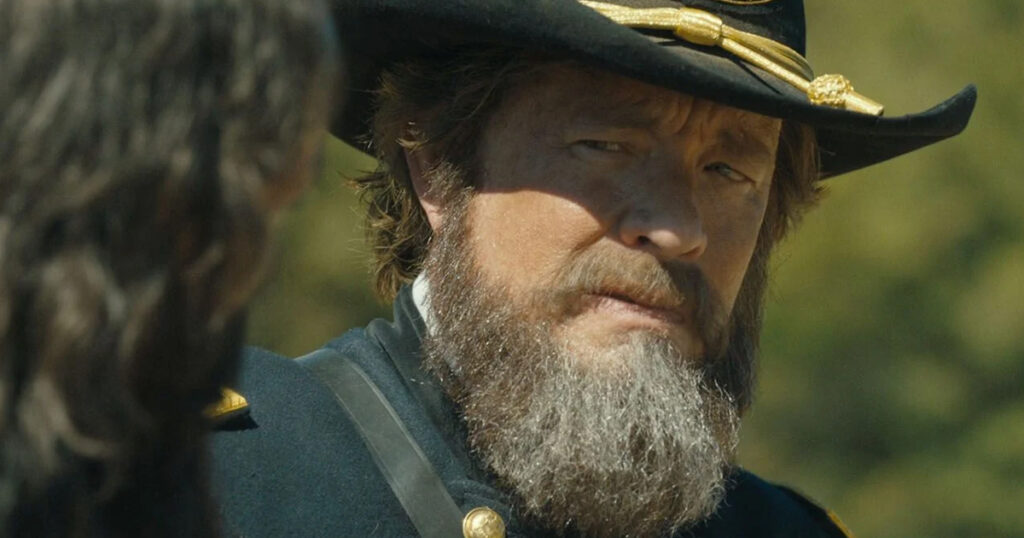 Audiences knew that Tom Hanks would be making a cameo in the second episode of 1883, the Yellowstone prequel series, but just how did it happen? Turns out, all you have to do is give him a call… and be friends with him for over twenty years.

Tom Hanks appeared in a flashback to the Civil War which brought the Battle of Antietam to life and found him sharing a scene with Tim McGraw’s character. After being blown to the ground during the battle, James Dutton (McGraw) sits dazed among the dead when he feels a gloved hand on his shoulder. He looks up and sees a sympathetic three-star general played by Tom Hanks. While speaking with CinemaBlend, Tim McGraw said that he simply asked Tom Hanks if he wanted to make an appearance in the Yellowstone prequel.

He’s a great guy. We’ve been friends for a long time. Rita, his wife, and Faith are best friends, and Tom and I’ve been friends for 25 years, 24 years. I knew that there was this part in there, and I gave him a call said, ‘Hey, would you be interested in showing up doing a cameo in this show that we’re doing?’ And he goes, ‘Tell me when to be there,’ and he just showed up.

Tim McGraw added that the pair didn’t see each other the whole morning. “So when he walked on set, it was pretty magical,” McGraw said. “And when he puts his hand on my shoulder in that scene, you could feel the weight of the world between both of them with what had gone on. It was a pretty heavy scene.“

Starring Sam Elliott, Tim McGraw, and Faith Hill, 1883 follows the Dutton family as they embark on a journey west through the Great Plains toward the last bastion of untamed America. It is a stark retelling of Western expansion, and an intense study of one family fleeing poverty to seek a better future in America’s promised land – Montana. The first three episodes of the prequel series are now streaming on Paramount+.