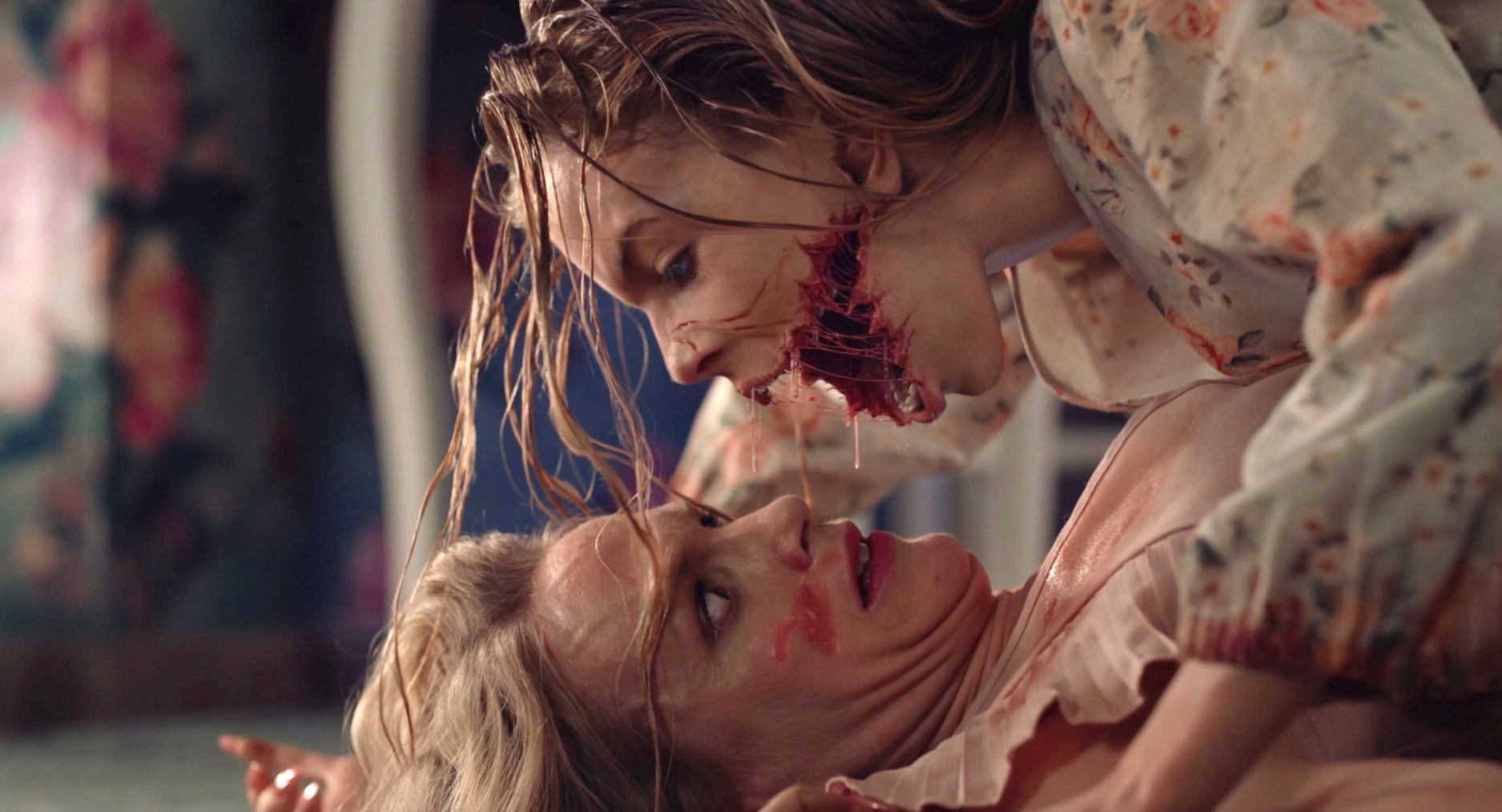 4 Horror Movies Releasing This Week and “The Last Drive-In” Returns!

A big Summer of Horror is upon us, with Doctor Strange in the Multiverse of Madness kicking things off next weekend. But this final week of April has its own fresh sights to show us.

Indican previews, “Featuring five different terrifying tales, the film is full to the brim with chilling shocks, plot reveals and deadly twists around every corner.”

The stories featured include “Hell Evangelist,” “Jasper,” “Clean Your Room,” “Heroes of Time” and “Gut Cruncher,” which range in varying levels of fright from the story of a God-fearing old lady (or is she?) to what happens when your reality and dreamworlds become one.

Interspersed with creepy commercial breaks, viewers will also feel the tension as the battle between The Temptress of Terror (Hannah Fierman) and the vengeful Mistress of Midnight (Erin Brown) heats up. Linnea Quigley also stars in Dead by Midnight Y2Kill.

Up next from Saban Films is  The Aviary , a psychological thriller featuring Malin Akerman (The Final Girls), Lorenza Izzo (The Green Inferno), and Chris Messina (Birds of Prey). The film is coming to theaters, Digital, and On Demand this Friday, April 29th.

“Malin Akerman and Chris Messina star in the twisted journey of two women’s desperate flee to escape the clutches of Skylight, an insidious cult. Lured in by the promise of “freedom” in the isolated desert campus called “The Aviary”, Jillian (Akerman) and Blair (Lorenzo Izzo) join forces to escape in hopes of real freedom. Consumed by fear and paranoia, they can’t shake the feeling that they are being followed by the cult’s leader, Seth (Messina), a man as seductive as he is controlling. The more distance the pair gains from the cult, the more Seth holds control of their minds. With supplies dwindling and their senses failing, Jillian and Blair are faced with a horrifying question: how do you run from an enemy who lives inside your head?”

Hanna Bergholm’s modern horror fairy tale  Hatching  is on the way from IFC Midnight, opening in theaters on April 29 ahead of a Digital/VOD release on May 17, 2022.

In Hatching, “12-year-old gymnast, Tinja (Siiri Solalinna), is desperate to please her image-obsessed mother, whose popular blog ‘Lovely Everyday Life’ presents their family’s idyllic existence as manicured suburban perfection. One day, after finding a wounded bird in the woods, Tinja brings its strange egg home, nestles it in her bed, and nurtures it until it hatches. The creature that emerges becomes her closest friend and a living nightmare, plunging Tinja beneath the impeccable veneer into a twisted reality that her mother refuses to see.”

“When college student, Greg, is searching for a thesis topic he finds an interesting story on Facebook. Another student, Darren, explains to Greg that he has been assaulted on campus and wishes to tell his story through a documentary. Darren recruits Greg to help him prove the existence of an urban legend, Professor Zardonicus. Greg agrees, as he needs to complete his thesis project. As the two go on their journey, it is revealed that Darren’s story is wildly imaginative and Greg fails to believe him. In the end, we see that Darren lied about his story for attention. However, when Darren and Greg are out getting the last of their footage, they are attacked and Darren mysteriously disappears. Is Professor Zardonicus real after all?”

Last but certainly not least, “The Last Drive-In With Joe Bob Briggs” returns to Shudder for Season 4 on Friday, April 29th. The forthcoming season of the hit series promises a whole new round of double features and special guests, but more importantly, the 100th screening since Joe Bob first arrived at Shudder way, way back in the Summer of 2018.

What can you expect from the Season Premiere? As always, you’ll have to tune into “The Last Drive-In with Joe Bob Briggs” this Friday, April 29th at 9 p.m. ET / 6 p.m. PT to find out.

For those still waiting to get Shudder, what are you waiting for? You can use the promo code HALF2022 here to get 50% off for the next six months!