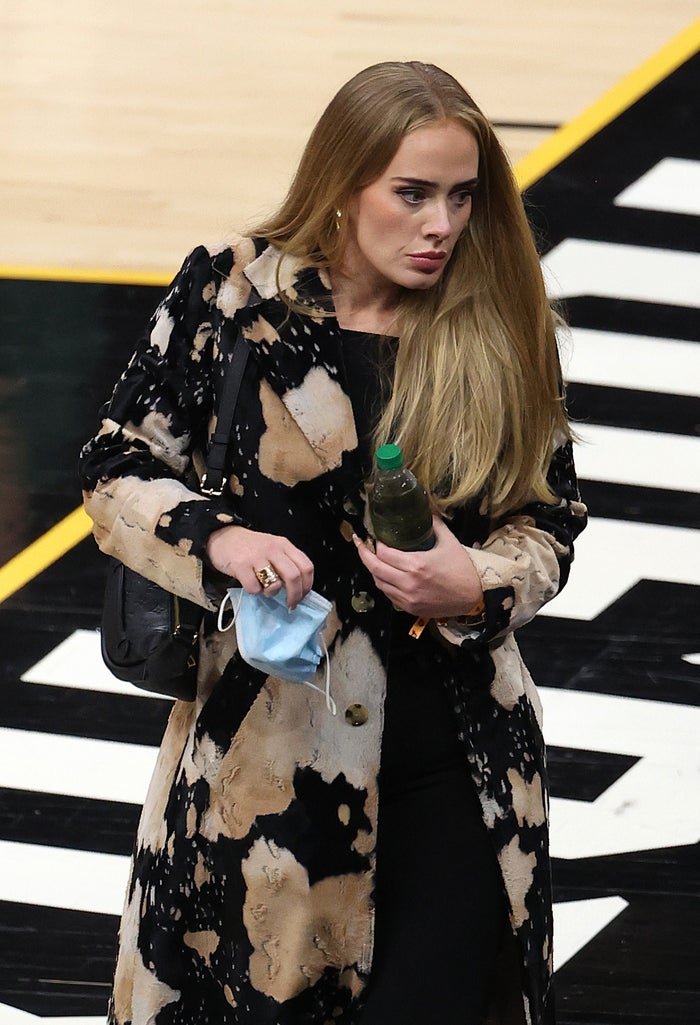 "The start of a new Adele era."

Adele is coming. Or that's what all the signs point to, anyway.

The acclaimed singer appears to have confirmed the rumors that her upcoming album is coming sooner rather than later, changing the pictures on her social media platforms to a blue backdrop.

This comes after billboards with the number "30" written on them began to spring up around the world, which fans immediately connected to new work from the now-33-year-old as it follows the pattern of her previous albums.

Mysterious billboards with the number '30' have began appearing in different parts of the world amidst speculation that Adele will be dropping her album soon.

The billboards appeared in a number of major cities around the world, including London, New York City, and Paris. In some cases, "30" was beamed onto iconic landmarks such as the Louvre, the Colosseum, and the Empire State Building.

It was later tweeted that one of the projectors being used had apparently been "contracted by Sony." The singer signed a reported £90 million contract with the label in 2016 after the release of her third album.

And, of course, the blue and gold of the billboards themselves match the color palette of Adele's social media accounts now too.

No other details of the new album have been confirmed as of yet. However, fans on Twitter are convinced it's dropping in November after Taylor Swift moved the release of her upcoming project, Red (Taylor's Version).

Taylor had been due to drop the rerecorded version of her 2012 album on Nov. 19 but tweeted last week to say she'd moved the date forward by a week without any explanation.

Fans assumed this was to avoid competition with Adele, who (like Taylor herself) has always enjoyed huge record sales. And the timing of Taylor's tweet coincided with the billboards too, which only further convinced fans.

Adele herself joked about releasing an album titled 30 a few years ago when she posted an Instagram caption celebrating her 31st birthday.

"30 tried me so hard but I'm owning it and trying my hardest to lean in to it all," she wrote in 2019. "No matter how long we're here for life is constant and complicated at times. I've changed drastically in the last couple years and I'm still changing and that's okay."

"31 is going to be a big ol' year and I'm going to spend it all on myself," the singer went on. "For the first time in a decade I'm ready to feel the world around me and look up for once. Be kind to yourself people we're only human, go slow, put your phone down and laugh out loud at every opportunity."

"Learning to REALLY truly love yourself is it, and I've only just realized that that is more than enough," she continued, before jokingly adding, "I'll learn to love you lot eventually. Bunch of fucking savages, 30 will be a drum n bass record to spite you."