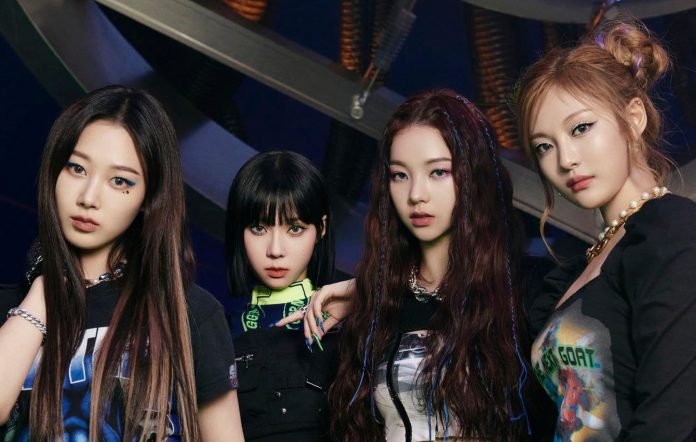 K-pop girl group aespa have dropped the music video for ‘Savage’, the title track of their first mini-album of the same name.

‘Savage’ was co-written by SM Entertainment in-house producer Yoo Young-jin, alongside Hautboi Rich and Jia Lih (NCT U’s ’90’s Love’), and Kirsten Collins. At a press conference for the song’s release, aespa’s Winter noted that the group members “paid extra attention to [show their] powerful and strong side” for the new music video, per Soompi .

Aside from ‘Savage’, aespa’s new mini-album also features five other songs. They include a collaboration with American singer Hayley Kiyoko, who is credited as a composer for closing track ‘Lucid Dream’, as well as ‘Yeppi Yeppi’, co-written and -composed by South Korean singer-songwriter.

“It’s already been a year since we debuted. It seems like we just performed [our debut single] ‘Black Mamba’ for the first time yesterday, but time flies,” member Ningning said at a press conference for ‘Savage’. “At first, I felt awkward and nervous in front of the camera, but now I’m used to it and I can enjoy the stage. I’m grateful to our fans.”

‘Savage’ is aespa’s third release of 2021, following their viral May hit ‘Next Level’ and February single ‘Forever’. The former was a rework of A$ton Wyld’s song of the same name from the soundtrack of Fast Furious Presents: Hobbs Shaw. Meanwhile, ‘Forever’ was a cover of Yoo Young-jin’s 2000 holiday song of the same title.

In a three-star review, NME’s Ruby C. described the group’s remake of ‘Forever’ as one that “manages to do justice to the original, and may even be a little more believable, thanks to aespa’s sweet, girlish charms”.

Meanwhile, Kakao Corp and CJ Group are both looking to purchase a controlling stake in SM Entertainment. The stake of SM Entertainment up for sale will include management rights and is currently owned by Lee, who is the single largest shareholder in the company.