All of Us Are Dead trailer: Korean zombie series coming to Netflix later this month

Netflix has had some success with zombie stories from South Korea before, having released the series Kingdom and the film #Alive , and now they’re back in the South Korean zombie business with the upcoming series All of Us Are Dead , which will be reaching the streaming service on January 28th. With just a few weeks left to go before the show debuts, a trailer has arrived online and can be seen in the embed above.

The trailer may only be 30 seconds long, but they managed to pack a lot of crazy visuals and zombie action into those seconds. It looks like this show is going to be a good time.

Based on Joo Dong-Geun’s 2009 webtoon Now at Our School, All of Us Are Dead is a twelve episode series that will tell the following story:

A group of students trapped in a high school and find themselves in dire situations as they seek to be rescued from a zombie invasion of their school.

Lee Jae-Kyu and Kim Nam-soo split directing duties on the series, which was scripted by Chun Sung-il. All of Us Are Dead stars Yoon Chan-Yeong (Mama) as Cheong-san, Park Ji-Hu (House of Hummingbird) as On-jo, Cho Yi-Hyun (Metamorphosis) as Nam-ra, Lomon (Bleak Night) as Su-hyeok, and Yoo In-Soo (School 2017) as Gwi-nam. Lee Yoo-Mi (Young Adult Matters) and newcomer Lim Jae-hyeok are also in the cast.

Produced by JTBC Studios’ Film Monster, All of Us Are Dead promises to “open up a completely new chapter in the history of zombies with a story of daring teenagers who manage to find love and friendship even amidst a zombie apocalypse.”

What did you think of the trailer? Will you be watching All of Us Are Dead later this month? Let us know by leaving a comment below. 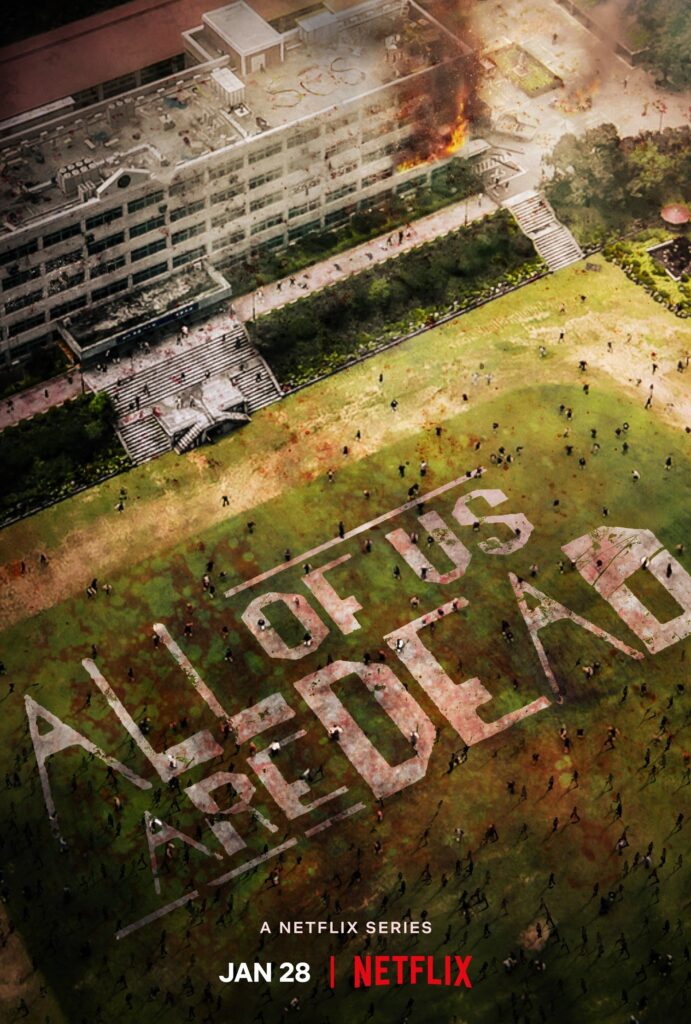