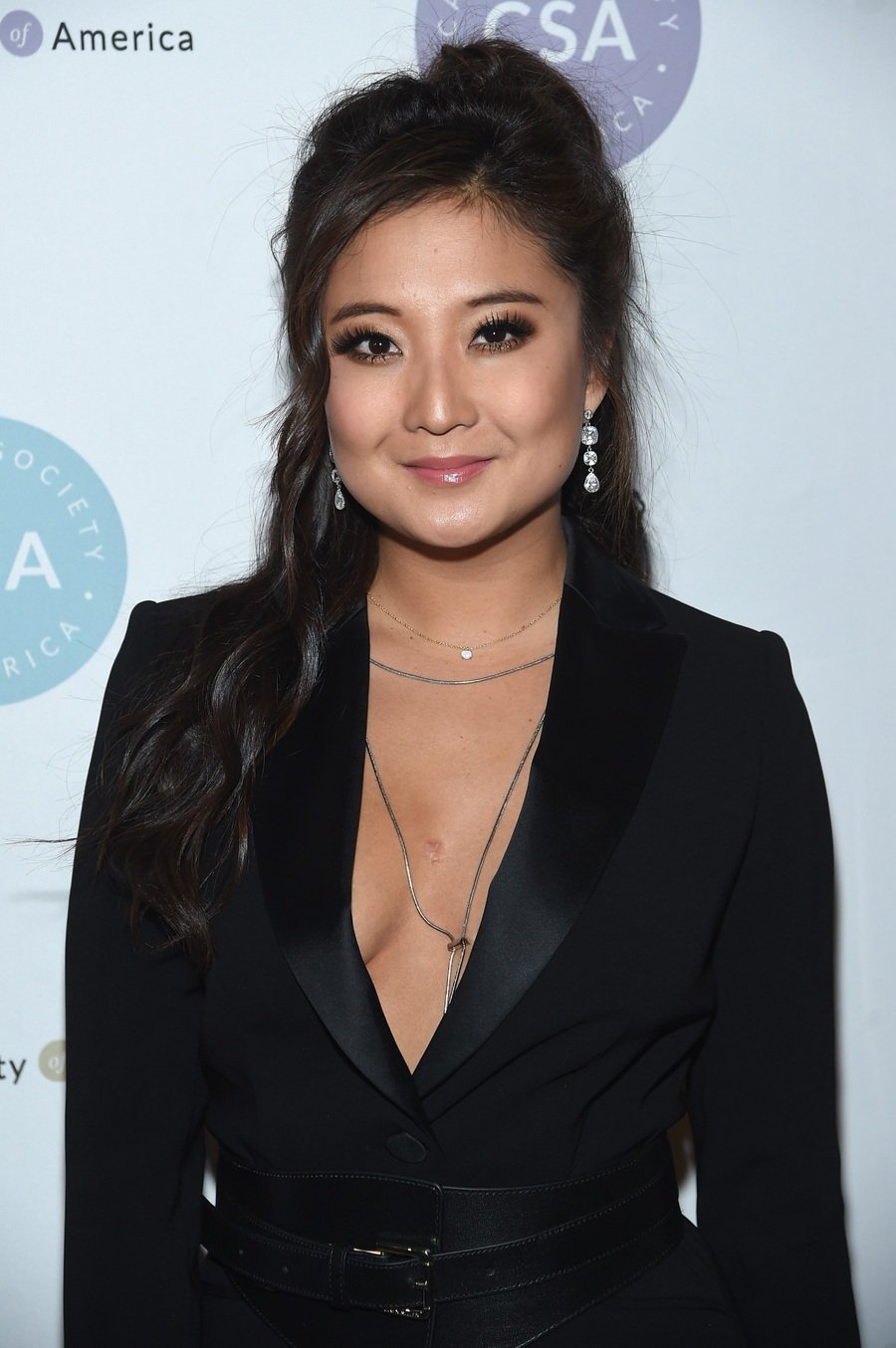 What is Ashley Park's Net Worth?

Ashley Park is an actress, singer, and dancer who has a net worth of $2 million. Ashley Park is best known for her roles as Mindy Chen on the Netflix series "Emily in Paris" and Gretchen Wieners in the Broadway musical "Mean Girls." She has also appeared on stage in productions of "The King and I," "The Fantasticks," "Sunday in the Park with George," and "Lady in the Dark," among many others. Park's other credits have included the Netflix miniseries "Tales of the City" and the Peacock musical comedy series "Girls5eva."

Ashley Park was born on June 6, 1991 in Glendale, California to Sara and Andrew. She is of Korean descent, and has a younger sister named Audrey. Park was raised in Ann Arbor, Michigan. There, she was involved in community children's theater throughout her years in middle school and at Pioneer High School. Park also went to Interlochen Summer Arts Camp, and co-founded a women's a cappella group at her high school that came in second place in a 2009 national competition.

At the age of 15, Park was diagnosed with a form of leukemia and was hospitalized for eight months. She received a wish from the Make-A-Wish Foundation that allowed her and her family to travel to New York to see a number of Broadway shows. Following chemotherapy, Park returned to high school and was cast in the titular role in a school production of "Thoroughly Modern Millie." For her higher education, she went to the University of Michigan, from which she earned her BFA in musical theater in 2013.

Park had her first role in a major regional theater production in 2009, playing Yvonne in a Music Theatre Wichita production of "Miss Saigon." Over the subsequent years, she performed in productions with the Pittsburgh Civic Light Opera in Pennsylvania. In 2014, Park made her Broadway debut as a replacement in the ensemble of "Mamma Mia!" The same year, she played Gabrielle in the US national tour of "Rodgers + Hammerstein's Cinderella." Park returned to Broadway in 2015 with her first leading role, playing Tuptim in a revival of "The King and I." She stayed with the production through the summer of 2016, and earned a Grammy Award nomination for her work on the show's cast recording.

In 2016, Park appeared in a production of "The Fantasticks" at the Pasadena Playhouse, and was in "The Remarkable Journey of Prince Jen" at the Manhattan Theatre Club. The following year, she was in a Broadway revival of "Sunday in the Park with George" and appeared in the off-Broadway musical "KPOP." For the latter, she earned a Drama Desk Award nomination for Outstanding Actress in a Musical. Park subsequently had her biggest role yet in 2018, when she began starring on Broadway as Gretchen Wieners in the original musical "Mean Girls," based on the eponymous 2004 film. She received numerous nominations for her performance, including Tony and Drama Desk nominations. Following her run in "Mean Girls" in 2019, Park appeared in "Lady in the Dark" and "Grand Horizons."

On television, Park first appeared in an episode of "My Dirty Little Secret" in 2014. Three years later, she had a bigger role on the sitcom "Nightcap," appearing in eight episodes as the character Olivia Cho. Next, in 2019, Park played the recurring role of Instagram influencer Jennifer "Ani" Winter on the Netflix series "Tales of the City," based on the eponymous series of novels by Armistead Maupin.

In 2020, Park had her breakthrough television role on the Netflix dramedy "Emily in Paris." On the show, she plays the main role of Mindy Chen, a former nanny and fledgling singer who becomes the title character's first friend in Paris. The series also stars Lily Collins, Philippine Leroy-Beaulieu, Lucas Bravo, Camille Razat, and Samuel Arnold. For her work on "Emily in Paris," Park received MTV and Critics' Choice Award nominations. Among her other credits, she has a recurring role on the Peacock musical comedy series "Girls5eva," starring Sara Bareilles, Paula Pell, Busy Phillips, and Renée Elise Goldsberry.

Due to her success on stage and television, Park was cast in the 2022 period drama "Mr. Malcolm's List," based on the novel of the same name. Other cast members include Freida Pinto, Sope Dirisu, Theo James, Oliver Jackson-Cohen, and Zawe Ashton. Park was also cast in a starring role in the directorial debut of Adele Lim, the co-writer of the film "Crazy Rich Asians."

Beyond her acting, Park has been significantly involved in philanthropic endeavors. While she was attending the University of Michigan, she co-founded the Michigan Performance Outreach Workshop, which aims to provide performing arts opportunities to students in southeastern Michigan. Additionally, she was involved with the Prison Creative Arts Project. After moving to New York, Park began supporting Broadway Cares/Equity Fights AIDS. She has also worked as a mentor with a number of programs, including Broadway Workshop.