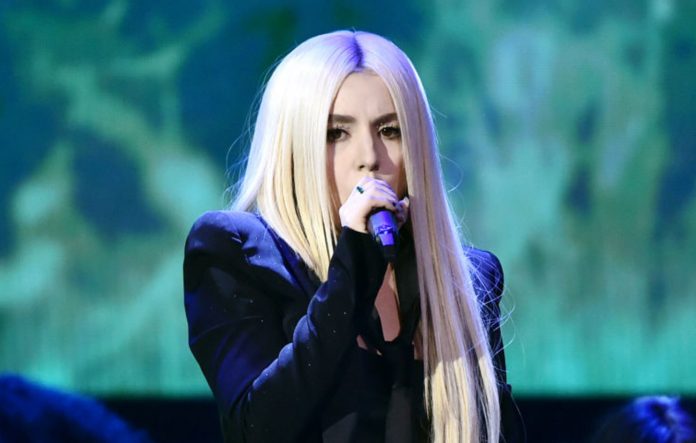 Ava Max has revealed that she suffered a bout of hair loss after she contracted coronavirus last year.

Sharing the news in an Instagram Story, the ‘Sweet But Psycho’ hitmaker told fans that she’s started getting new growth after she “lost a lot of hair” when she came down with COVID last year.

“Baby hairs Comin THRU,” she wrote in text embedded over a clip of her showing the top of her head. “Also so so happy my hair is growing back. I lost a lot of hair when I had COVID last year!!”

The American Academy of Dermatology has confirmed that hair shedding is an uncommon side effect brought on by fever from coronavirus.

During a recent chat with NME , Max talked about her hit ‘Sweet But Psycho’ being accused of stigmatising mental illness.

“A lot of people thought I was talking about mental illness [in the song], but that is not what I intended,” Max said. “‘Psycho’ is actually redefined in my book. It means strong and independent and passionate, and being able to speak your mind in a relationship. Because we can be gaslighted — you know, male or female, but mainly female — to think we’re crazy and psycho.”

Max said she’d only have worried about a possible backlash if she’d been lying about the song’s true meaning. “But I wasn’t [lying]; I was telling the truth,” she continued. “If you watch the video, the guy cheats on me. And I become crazy because that’s what guys see. They think we go crazy and then they gaslight us. So I think if you really dissect the video, you’ll understand.”

In other coronavirus news, Billie Joe Armstrong has cancelled his appearance at Miley’s New Year’s Eve Party – a livestreamed concert event set to be hosted by Miley Cyrus and Pete Davidson tonight (December 31) – citing concerns over his recent exposure to COVID-19.

LL Cool J has also cancelled his appearance at Dick Clark’s New Year’s Rockin’ Eve With Ryan Seacrest in Times Square after testing positive for COVID. The legendary rapper was due to perform a pre-midnight set tonight (December 31).