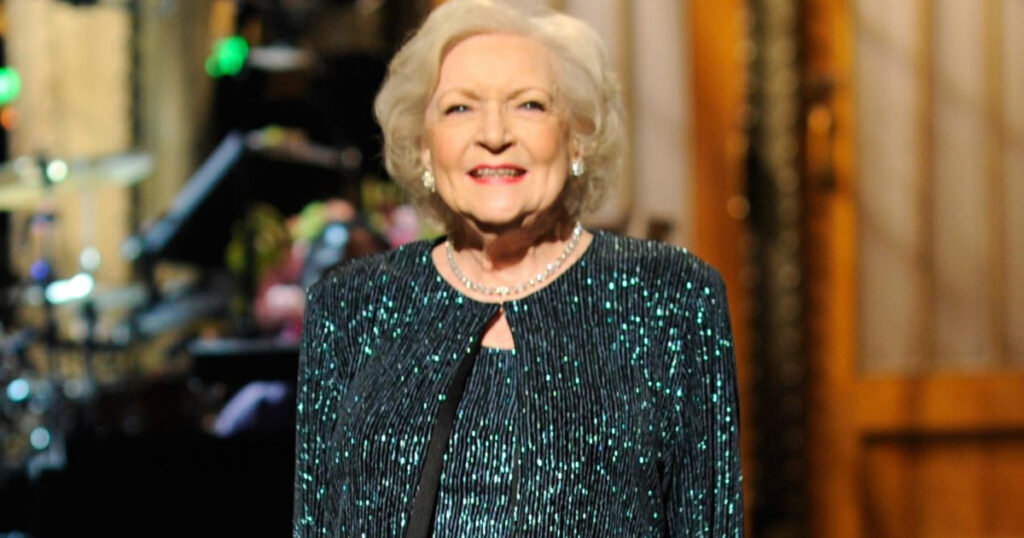 Well, folks, here’s some very sad news to end 2021 with. TMZ is reporting that Betty White, perhaps one of the most beloved tv stars of all time, has passed away at age 99, just a few weeks shy of turning 100 (she would have hit the milestone on January 17th). Obviously, this is a massive bummer and a tragic way to end the year, but it has to be said, ninety-nine is one hell of a good run, and White was seemingly active until just recently.

White’s career on the small screen was legendary. She’s probably best known as Rose Nylund from her seven-season run on The Golden Girls (with a follow-up series, The Golden Palace running another year). Before that, she had starred on The Mary Tyler Moore Show as Sue Anne Nivens, and the happy-go-lucky Rose was considered a change-of-pace role, as Sue Anne was more like the character Rue McClanahan would play, Blanche Devereaux. For those who may not have been around for The Golden Girls‘ initial run, the whole show is streaming on Disney Plus, and it’s really worth a watch. Those ladies got away with some pretty raunchy humour back then, and the show holds up really well.

She outlived all of her co-stars on The Golden Girls, with Estelle Getty dying in 2008, Bea Arthur in 2009, and McClanahan in 2010. She made a fantastic comeback around this time, starring as Ryan Reynolds’ grandma in The Proposal, along with kicking off a five-year run on the show Hot in Cleveland. She also hosted Saturday Night Live in 2010, holding the record as the show’s oldest host ever. She was well-loved by her former co-star Ryan Reynolds, and his on-screen alter-ego Deadpool. Just recently the two had trolled each other through interviews and social media:

It didn’t take long for the tributes to start rolling in on Twitter: