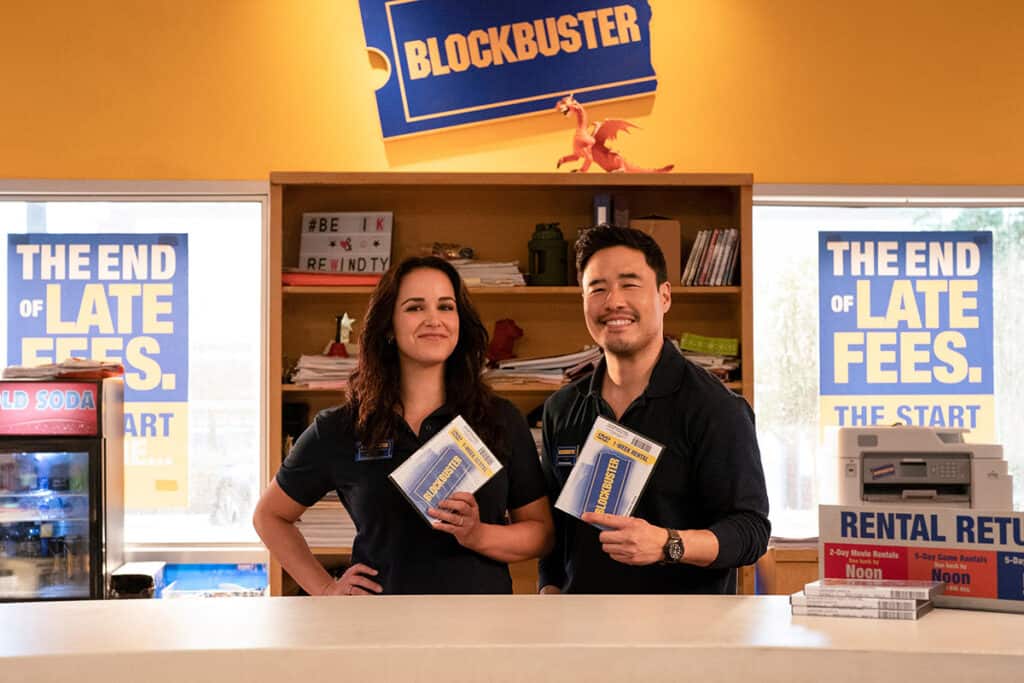 Who’s ready for a trip down Memory Lane thanks to a new image for Netflix’s Blockbuster, a brand-new comedy series based on the beloved movie rental chain? Today, Netflix debuted a first look Blockbuster series image featuring Melissa Fumero ( Brooklyn Nine-Nine ) and Randall Park ( WandaVision , Always Be My Maybe). Both stars are dressed in the classic Blockbuster uniform while holding a clamshell case that had the key to a weekend’s entertainment.

In addition to Fumero and Park, Blockbuster also stars JB Smoove, Tyler Alvarez, Madeleine Arthur, Olga Merediz, and Kamala Fairburn. In Blockbuster, the staff of a Blockbuster Video explore what it takes – and more specifically, who it takes – for a small business to succeed against all odds.

Isn’t it funny how we think of Blockbuster as a small business? During the height of Blockbuster’s popularity, they put Mom and Pop video rental stores out of business. Blockbusters are all but extinct, and streaming services are the dominant predator in home entertainment. My, how the tables have turned.

Not only did I used to work at a Blockbuster Video, but I’m also a massive fan of Fumero and Park, so this is a no-brainer for me. Will you be tuning in for the next comedy series from the mind that brought us Brooklyn Nine-Nine and Superstore? What are some of your fondest Blockbuster memories? Feel free to share in the comments section below.