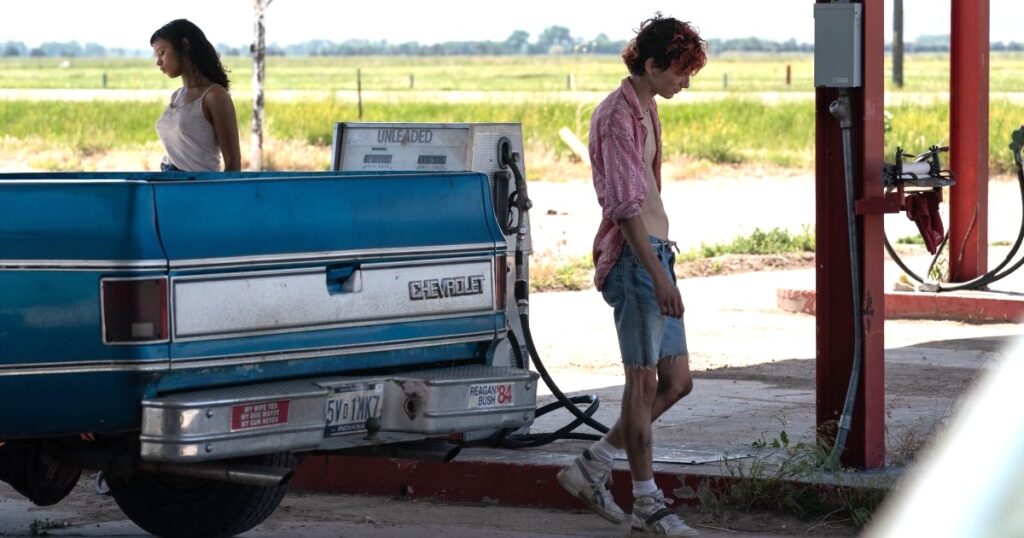 MGM acquired the worldwide distribution rights to Suspiria remake (watch it HERE) director Luca Guadagnino’s horror film  Bones and All back in March. They haven’t yet announced when they plan to release the movie, but a clear indication that it’s moving forward has come from the ratings board: they have watched Bones and All, and have given it an R rating for “ strong, bloody and disturbing violent content, language throughout, some sexual content and brief graphic nudity .”

Directed by Guadagnino from a screenplay by his Suspiria collaborator David Kajganich, Bones and All stars Timothée Chalamet (Dune) and Taylor Russell (Escape Room) in the story of

first love between Maren (Russell), a young woman learning how to survive on the margins of society, and Lee (Chalamet), an intense and disenfranchised drifter, as they meet and join together for a thousand-mile odyssey which takes them through the back roads, hidden passages and trap doors of Ronald Reagan’s America. But despite their best efforts, all roads lead back to their terrifying pasts and to a final stand that will determine whether their love can survive their otherness.

Described as a “coming-of-age horror story” and a “horror love story”, the film follows

Maren Yearly on a cross-country trip as she searches for the father she’s never met in an attempt to understand why she has the urge to kill and eat the people that love her.

Bones and All is based on a novel by Camille DeAngelis, and you can pick up a copy at THIS LINK.

Are you looking forward to Bones and All? What do you think of the reasons given for its R rating? Share your thoughts on this one by leaving a comment below.