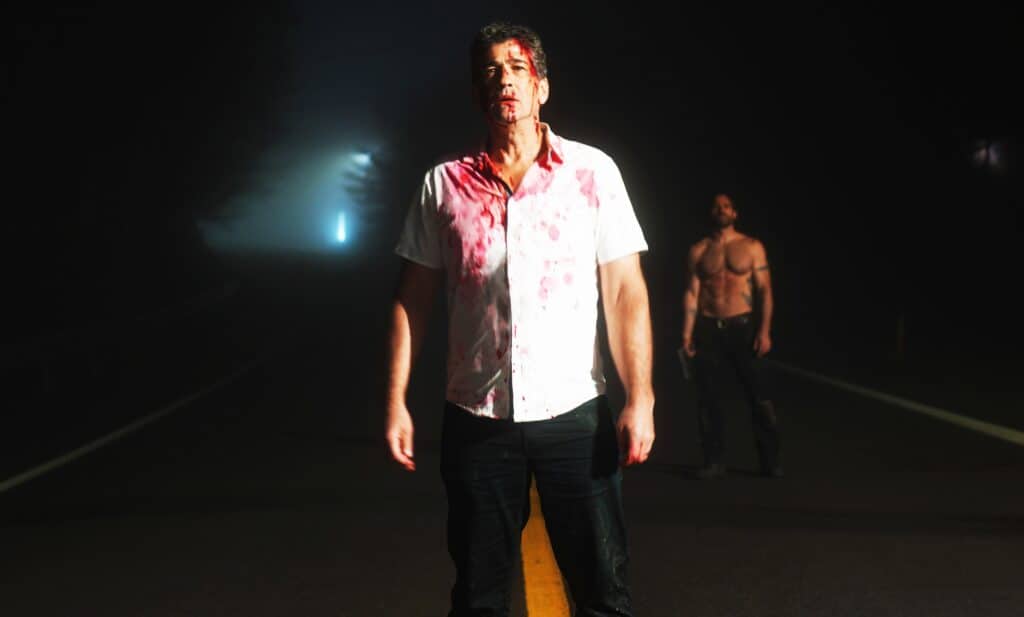 A while back, we shared the news that Arrow in the Head founder John Fallon was teaming up with Kevin Interdonato of City on a Hill and the indie hit  Bad Frank (review here) for a horror thriller called Braek . Now we can confirm that, as recently reported by Deadline, Braek has wrapped production! Michael Noureyh (Drive, Batman v. Superman) is presently editing the picture with Fallon.

Fallon directed the film from a screenplay he wrote with Interdonato, who was joined in the cast by Nick Baillie (Taken), Melissa Anschutz (Best Years Gone), Alix Lane (Black Pumpkin), and Danilo Rocha (Sick Minded). The story centers on

the McCabe family, whose weekend getaway was never meant to be a life-changing experience. Governor William McCabe (Baillie), a respected politician, was looking forward to some rest and relaxation. His beautiful wife Lauren (Anschutz) and aloof stepdaughter Erin (Lane) strain to enjoy their time together, as the facade of the trophy family has worn dangerously thin. Things take a severe turn when a mysterious stranger knocks on their door and triggers a visceral chain of events.

Details on the character Interdonato plays have not been revealed… but judging by the images from Braek that are featured at the top and bottom of this article, he doesn’t look like someone you would want to mess with. The synopsis for the film makes it sound very interesting to me, and I’m looking forward to seeing exactly what happens with Interdonato’s character and the McCabe family.

Braek was Executive Produced by Igor Princ of Princ Films. Samuel Pinault was the film’s Director of Photography.

We’ll keep you updated on Braek‘s progress as it makes its way through post-production and heads out into the world. In the meantime, let us know what you think of the cast, synopsis, and first images by leaving a comment below! 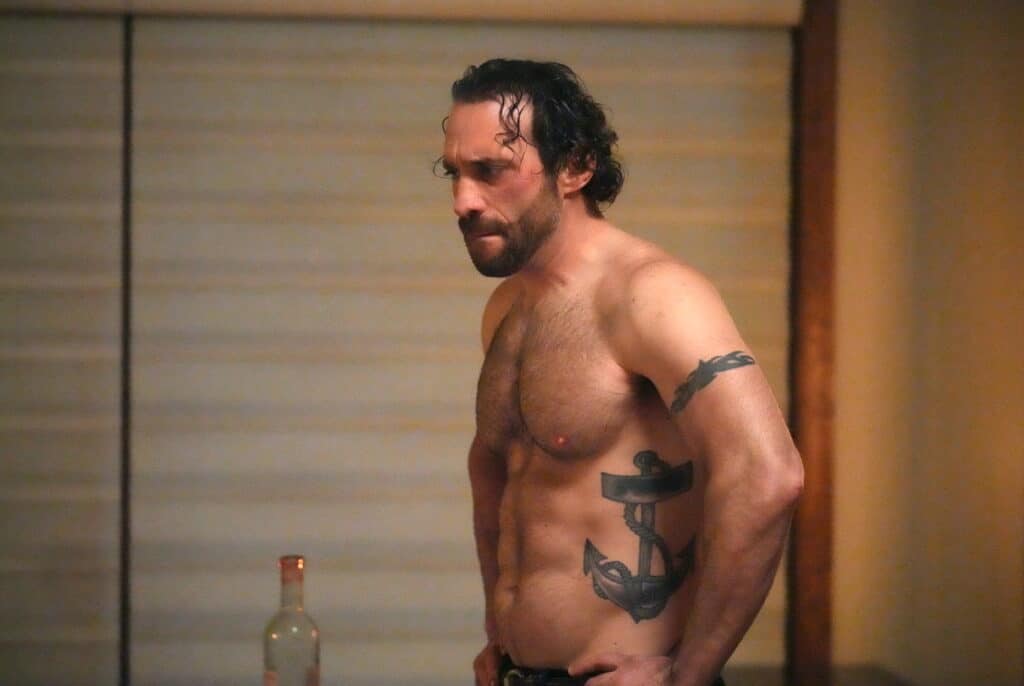