Bree Runway has expressed that she would love to work with Tame Impala‘s Kevin Parker, calling the psychedelic wunderkind’s music “magical”.

The London artist sat down with NME for this week’s Big Read cover feature. It comes alongside her inclusion in this year’s NME 100, a  bumper list of the most exciting new artists on the planet right now.

During the interview, Runway talked about some of her previous collaborators, including her “lifelong hero” Missy Elliott. “Missy is now like a great big sister to me – she always has the most encouraging things to say,” Runway said. “I used to think that I didn’t fit the mould of a typical pop star, but she’s always made me feel like I can be fearless within my music.”

She also named some artists she would like to work with in the future, one of which is her “musical hero” Kevin Parker, who she said she would also like to get high with.

“I think Kevin is unbelievably talented,” Runway said of the Tame Impala frontman. “The fact he’s able to write lyrics that have touched so many of us so deeply – and also make all of the music – is magical. Honestly, it’s like he’s not a real human being!” 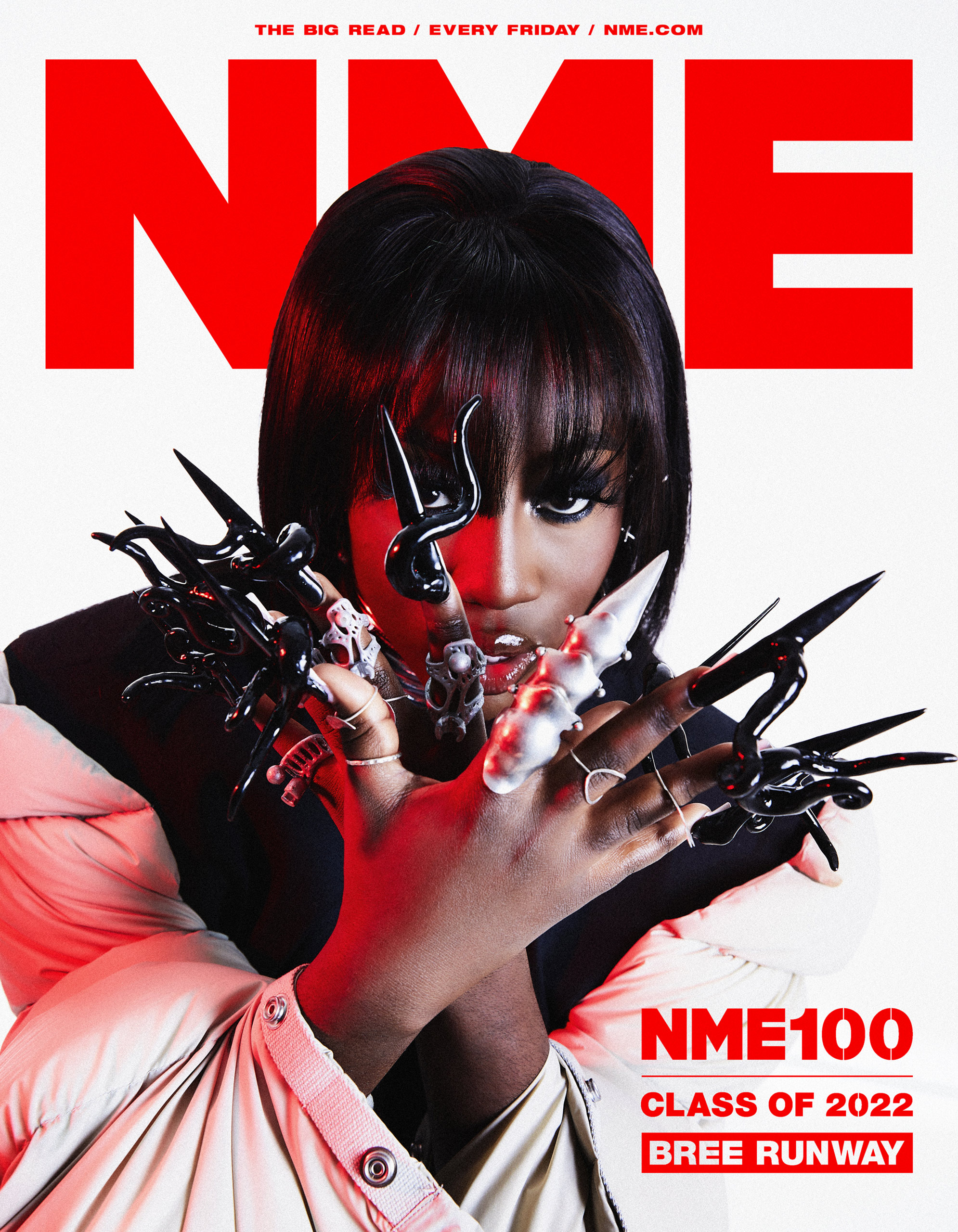 Bree Runway on the cover of NME

Elsewhere in the interview, Runway talked about her approach to making music, explaining that she likes to take her time when creating. She compared the wait for her currently-untitled debut album to a “well-made burger”.

“Making music is not just some microwave situation – I’m not going to provide you something equivalent to a two minute, ready-made, supermarket-style burger,” she said. “I want to give you the well-made burger with the perfectly crispy lettuce, the amazingly sharp sliced tomato and the best brioche bun.”

She added: “When it comes to me releasing music, I’d rather you starve and wait for that great burger instead.”

Runway will head out on her first ever headline tour in March, with a trio of shows set to take place in Manchester, Birmingham and London. You can get tickets here.