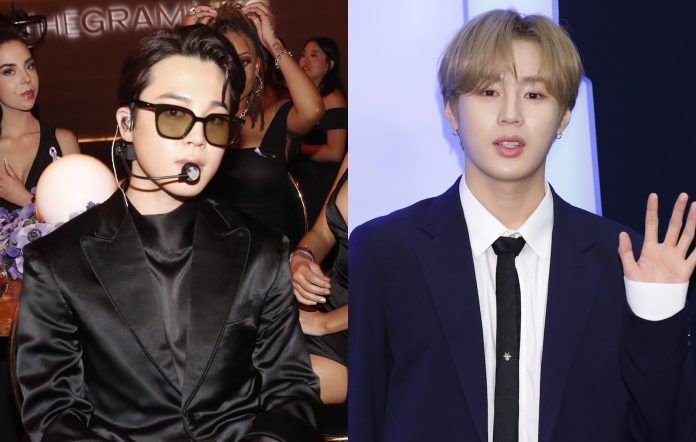 BTS’ Jimin and former Wanna One member Ha Sung-woon have shared the collaborative track ‘With You’ from the OST of the Korean drama Our Blues .

The track, which was initially announced last month, marks the first time that Jimin has worked on a soundtrack release.

All but one verse of ‘With You’ is sung in English, with Jimin and Ha Sung-woon swapping lines filled with dedication and love. “I wanna be with you / And I wanna stay with you,” Jimin sings in a low register in the first verse. “Just like the stars shining bright / You’re glowing once more.”

“Right here beside you, I’m still / Walking wherever you go,” adds Ha. “You will live forever in me / Breathing deeply within me.”

The song’s release comes accompanied by a video featuring clips from Our Blues, which is airing on tvN in Korea and streaming internationally on Netflix now. Watch the video above.

Ahead of ‘With You’’s release, a representative from Nyam Nyam Entertainment – the company in charge of the Our Blues soundtrack – told The Korea Times : “Jimin’s soft vocal tone and Ha’s attractive, engaging tone are weaved together in this song and their harmony made it even more beautiful.”

Meanwhile, BTS are set to release a new album in June. The group announced the new release, which will arrive on June 10, at the end of the final show of their Las Vegas residency earlier this month.

After the band left the stage at the city’s Allegiant Stadium, a teaser video was shown on the screens, showing footage from throughout BTS’ history so far. The words “We Are Bulletproof” then appeared, followed by the album’s release date. Their label HYBE later confirmed that the date did refer to a new release.