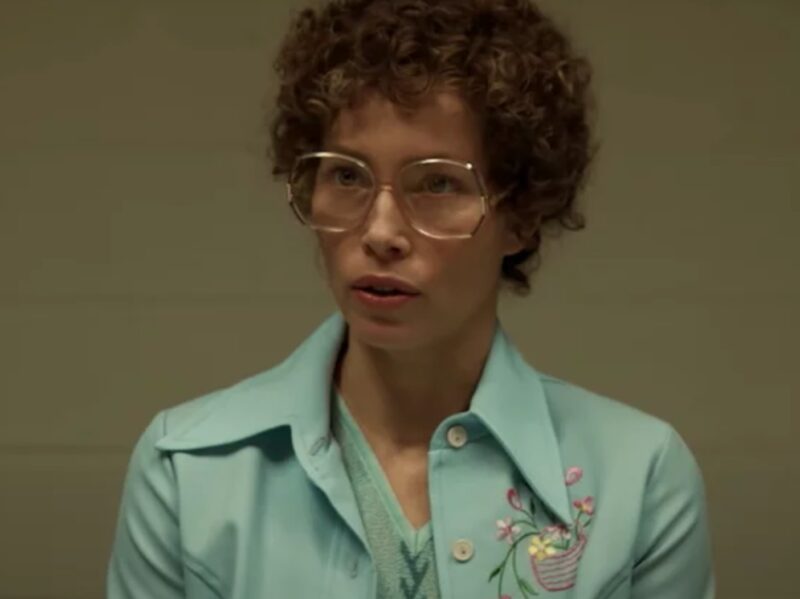 Candy Montgomery Has Changed Her Name Since Murder Trial, Living In A Different State

Montgomery was acquitted of the brutal 1980 murder of her friend, Betty Gore.

Jessica Biel’s new limited series on Hulu, Candy, has shed renewed light on the brutal 1980 murder of Betty Gore, which was orchestrated by her neighbor and friend, Candy Montgomery. Montgomery was infamously acquitted of the crime, with her legal team citing “self-defense” as the motive for the 41 ax wounds found on Betty’s body. So, just how has Montgomery been getting on since the trial?

The Murder Of Betty Gore

On June 13, 1980, a concerned Allan Gore called upon some neighbors to check on his wife, Betty. Allan was on a business trip and had not been able to reach Betty for a number of hours. The door to the Gore residence in Wylie, Texas was unlocked, and when the neighbors entered, they discovered the couple’s young baby, Bethany, asleep in her crib.

When they continued walking through the home, they stumbled upon Betty’s mutilated body in a utility room. Initially believing that Betty had committed suicide, the neighbors called the police, who upon investigation discovered 41 wounds on her body consistent with a beating from a large ax.

It didn’t take long for investigators to suspect Candy Montgomery had something to do with Betty’s murder. It was discovered that Montogomery had engaged in an extramarital affair with Betty’s husband, Allan, for some months. Both Allan and Montgomery were reportedly bored and unhappy in their respective marriages and meticulously planned the affair down to the last detail, taking a rather businesslike approach to the matter. Eventually, Betty became suspicious of Allan and the two decided to go through a marriage-strengthening program. This went well for the couple, and Allan voiced to Montgomery a desire to end the affair.

When interrogated, Montgomery claimed that on the day of the murder, Betty had confronted her about the affair and had wielded a three-foot-long ax in an attempt to harm her. Montgomery maintains that she acted in self-defense by obtaining the weapon and turning it on Betty. Montgomery never denied her involvement in the murder, and she was arrested and tried before a jury.

While the evidence was stacked largely against Montgomery, the defense did make a couple of intriguing arguments. For one, the murder weapon belonged to the Gores and was kept in their garage, somewhere Montgomery had never been. This made the matter of premeditation somewhat murky: If Montgomery had no prior knowledge of the ax being in the Gores’ garage, how could she have planned to murder Betty with it that day?

Another tactic the defense team used was to bring to the stand several psychologists who had evaluated Montgomery. One of these psychologists had even used hypnosis on Montgomery to unearth childhood trauma. The witness testified that Montgomery was triggered when Betty apparently “shushed” her, something her mother had done during her childhood. The argument was that this trigger essentially caused Montgomery to go into a dissociative trance during the commission of the crime and not realize what she was doing.

Ultimately these arguments were convincing enough to the jury, and Montgomery was found not guilty, walking away a free woman. For obvious reasons, this verdict caused a tremendous uproar from the community.

Where Is Candy Montgomery Today?

Montgomery’s husband surprisingly stood by her in the aftermath of the ordeal, though their marriage ended four years later. Montgomery dropped her married name and now goes by Candy Wheeler, her maiden name. It’s been reported that she resides in Georgia and works with her daughter as a family therapist—an ironic gig for a woman who admitted to stabbing a friend 41 times.