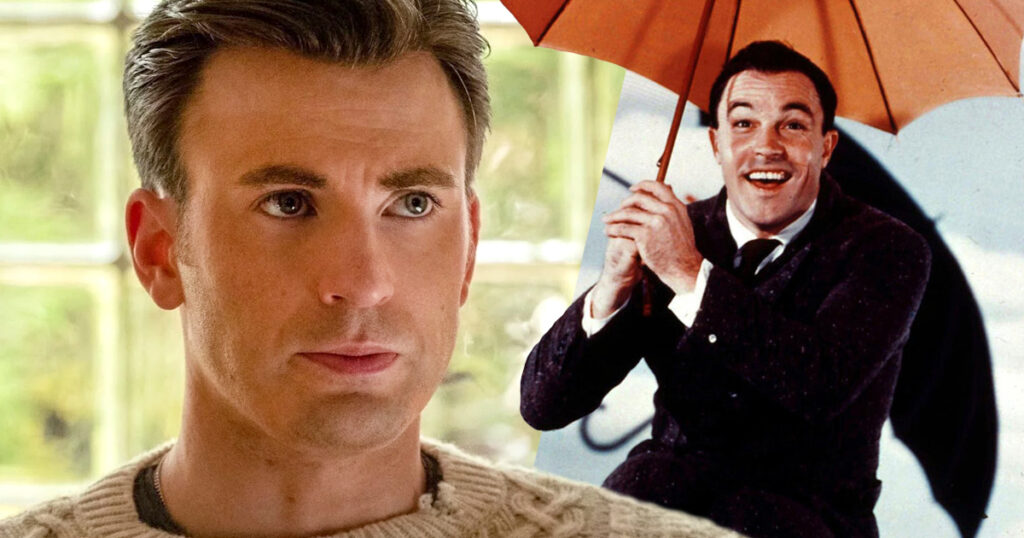 It seems that Tom Holland won’t be the only Avenger playing a legendary Hollywood actor. Deadline has reported that Chris Evans is in talks to play Gene Kelly in a movie set to be written by three-time Academy Award nominee John Logan.

The untitled movie was based on an original idea from Chris Evans and revolves around a 12-year-old boy who works on the MGM Lot in 1952 and creates an imagined friendship with the legendary movie star Gene Kelly while working on his next film. Sounds like fun. Gene Kelly starred in films such as Anchors Aweigh, An American in Paris, Brigadoon, and of course, Singin’ in the Rain. Kelly’s energetic dance style transformed the industry and made him a Hollywood icon.

In addition to starring in the film as Gene Kelly, Chris Evans would also produce the Gene Kelly project alongside Rian Johnson, Ram Bergman, and Mark Kassen. John Logan, who has received Academy Award nominations for his work penning Gladiator, The Aviator, and Hugo, will also produce the film in addition to writing the script. No studio is attached to the project at this time, but you can probably bet that it will be scooped up quickly.

I mentioned earlier that Tom Holland is also set to play a legendary Hollywood actor. He’s set to play Fred Astaire in an upcoming biopic of the iconic actor/dancer from Sony. Chris Evans has several projects on his upcoming slate, including Lightyear , a Pixar film that tells the fictional origin story of Buzz Lightyear, the character who inspired the action figure in the Toy Story films. Lightyear is set to hit theaters on June 17, 2022. Chris Evans will also appear in The Gray Man , a thriller from the Russo Brothers that stars Ryan Gosling as a veteran CIA operative who is betrayed by his own agency and forced to become a fugitive. Evans plays a former colleague who is tasked with hunting him down. The film will debut on Netflix later this year.