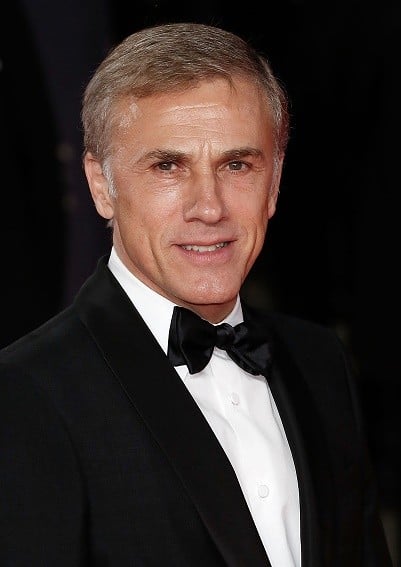 What Is Christoph Waltz's Net Worth?

Christoph Waltz is an Austrian actor, writer, director, and producer who also holds German citizenship and has a net worth of $30 million. Though he has been acting for more than three decades, Waltz earned his first taste of true international acclaim for his portrayal of SS Colonel Hans Landa in the 2009 Quentin Tarantino film "Inglourious Basterds."

Christoph Waltz was born on October 4, 1956, in Vienna, Austria. His mother, Elisabeth, was an Austrian costume designer, and his father, Johannes, was a German set designer. His maternal grandmother was Maria Mayen, a silent film actress, and his great-grandfather and step-grandfather were also actors. Christoph lost his father when he was just 7 years old, and his mother later married Alexander Steinbrecher, a composer and conductor. Waltz became interested in opera during his youth and saw his first opera at age 10. He attended the Theresianum school in Vienna, then studied acting at the Max Reinhardt Seminar while also studying opera and singing at the University of Music and Performing Arts Vienna. Christoph ultimately decided that his voice wasn't quite good enough for a career as an opera singer, and in the late '70s, he took acting classes with Stella Adler and Lee Strasberg in New York City.

After returning to Europe, Waltz worked as a stage actor, appearing in productions in Zurich,  Salzburg, Hamburg, Vienna, and Cologne. In 1977, he appeared in the TV movie "Der Einstand," and in 1979, he starred in all 13 episodes of the German series "Parole Chicago" and had an uncredited role in the film "Breakthrough." From 1980 to 2000, Christoph appeared in numerous television shows and TV movies, such as "Der Sandmann" (1983), "The Alien Years" (1988), and "Catherine the Great" (1995). During this period, he also appeared in several films, including "Fire and Sword" (1982), "Wahnfried" (1986), "Our God's Brother" (1997), and "Love Scenes from Planet Earth" (1998). Waltz's first American film was 2009's "Inglourious Basterds," which earned him an Oscar, a Golden Globe, and several other awards. He would win another Academy Award for his next collaboration with Quentin Tarantino, 2012's "Django Unchained." Christoph followed the success of "Inglourious Basterds" with roles in the 2011 films "The Green Hornet," "Water for Elephants," "The Three Musketeers," and "Carnage," and in 2013, he hosted "Saturday Night Live," appeared in the film "The Zero Theorem," and voiced Mandrake in the 3D computer-animated movie "Epic." The following year, he had a cameo in "Muppets Most Wanted" and starred in the hit comedy "Horrible Bosses 2" and the Tim Burton film "Big Eyes."

In 2015, Christoph played Franz Oberhauser / Ernst Stavro Blofeld in the 24th James Bond film, "Spectre," and though he announced in 2017 that he would not reprise his role in film #25, "No Time to Die," the 2019 trailer revealed that he was in fact returning to the franchise. Waltz starred in "The Legend of Tarzan" in 2016, followed by "Tulip Fever" and "Downsizing" in 2017. That year he also appeared in the "Champagne, Cigars and Pancake Batter" episode of Jerry Seinfeld's "Comedians in Cars Getting Coffee." In 2019, he starred in and directed the film "Georgetown," and he appeared in the action film "Alita: Battle Angel" and the documentary "QT8: The First Eight," which is about the life of Quentin Tarantino. In 2020, Christoph played Death in the Woody Allen film "Rifkin's Festival and starred as Miles Sellars on the Quibi series "Most Dangerous Game," earning a Primetime Emmy nomination for his performance. He then appeared in the Wes Anderson film "The French Dispatch," which premiered at the Cannes Film Festival in July 2021. In December 2020, it was announced that Waltz had been cast as Mikhail Gorbachev in the limited series "Reagan Gorbachev" alongside Michael Douglas.

Christoph was married to dance therapist Jacqueline Rauch for 17 years, and they had three children, son Leon and daughters Miriam and Rachel. After their divorce, Waltz married costume designer Judith Holste, and they have one daughter together. Waltz speaks German, French, and English fluently, and he holds dual citizenship between Germany and Austria. Though he was born in Austria, his father applied for German citizenship for Christoph after his birth, so he didn't become an official Austrian citizen until 2010.

For "Django Unchained," Waltz received awards from the Black Film Critics Circle Awards, Central Ohio Film Critics Association, and Russian National Movie Awards. "Du bist nicht allein – Die Roy Black Story" earned him a Bavarian TV Award for Best Actor in a Movie Made for Television (Bester Schauspieler – Fernsehspiel/Fernsehfilm) and a Special Award at the 1996 Baden-Baden TV Film Festival, and he won a German Television Award for Best Supporting Actor (Bester Schauspieler in einer Nebenrolle) for "Jagd auf den Flammenmann" in 2003. Christoph received a star on the Hollywood Walk of Fame in 2014, and he was honored with an award for Outstanding European Achievement in World Cinema at the 2015 European Film Awards.