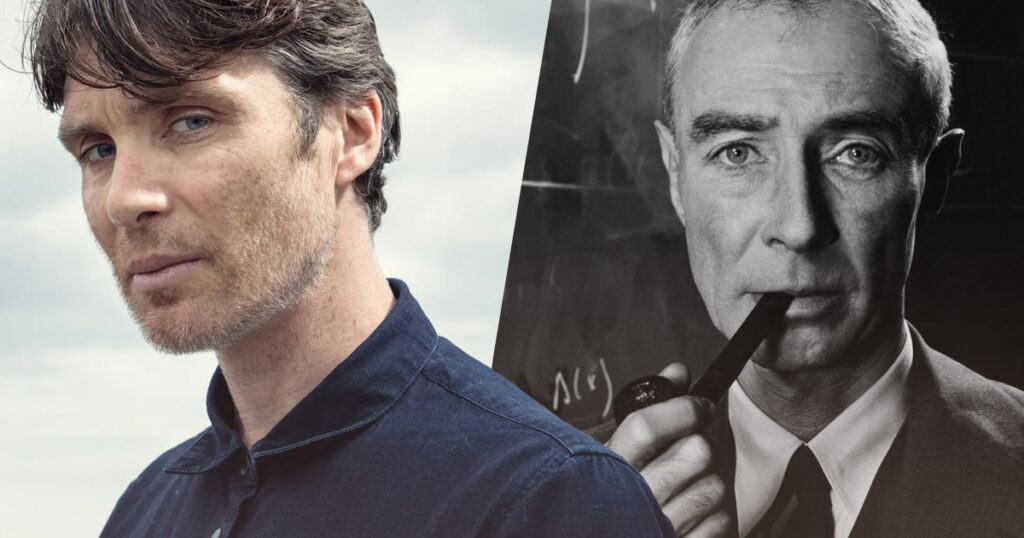 After breaking up his decades long relationship with Warner Bros., Christopher Nolan’s next movie is starting to come together at Universal Pictures. It was announced today that frequent Christopher Nolan collaborator Cillian Murphy is set to star in the new film, which is titled Oppenheimer.

The new Christopher Nolan movie will take place during World War II and revolve around J. Robert Oppenheimer’s development of the atom bomb. Cillian Murphy will be playing Oppenheimer and the thriller will thrust audiences into “the pulse-pounding paradox of the enigmatic man who must risk destroying the world in order to save it. “ Like most Nolan films, Oppenheimer is set to be shot on a combination of IMAX 65mm and 65mm large-format film, with production expected to kick off early 2022. Universal Pictures have also announced that Oppenheimer will debut on July 21, 2023. Oppenheimer will be written and directed by Christopher Nolan based upon the Pulitzer Price-winning book American Prometheus: The Triumph and Tragedy of J. Robert Oppenheimer by Kai Bird and Martin J. Sherwin.

In addition to Cillian Murphy, Oppenheimer will include a few other Christopher Nolan collaborators behind the scenes, including producer Charles Roven, director of photography Hoyte Van Hoytema, composer Ludwig Göransson, and editor Jennifer Lame. “Christopher Nolan and Emma Thomas’ films have shattered the limits of what cinematic storytelling can achieve,” said Universal Filmed Entertainment Group Chairman, Donna Langley. “We are thrilled to be working alongside them on this exceptional and extraordinary project and are grateful for their shared passion and commitment to the theatrical experience.” Nolan’s choice to jump ship from Warner Bros. to Universal came after disagreements over Warner’s choice to debut their entire 2021 slate in theatres and HBO Max. “Some of our industry’s biggest filmmakers and most important movie stars went to bed the night before thinking they were working for the greatest movie studio and woke up to find out they were working for the worst streaming service,” Nolan said in December to  THR .