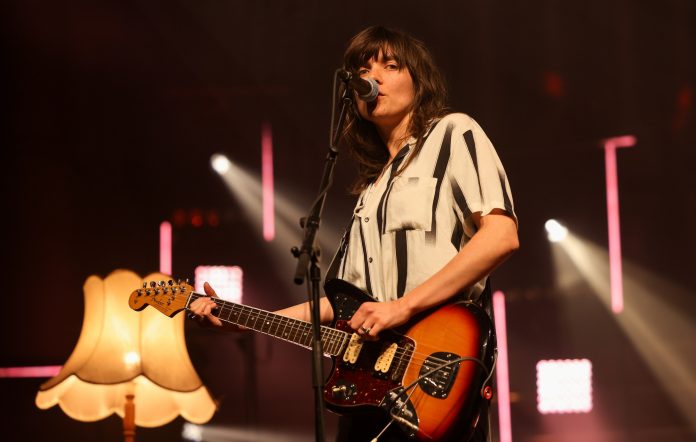 ‘Smile Real Nice’ serves as the opening theme for the new series, which will premiere on the streaming platform on November 19. The animated series updates Louise Fitzhugh’s 1964 children’s novel, and will star Beanie Feldstein as the voice of Harriet. Jane Lynch and Lacey Chabert will also appear as the voices of Ole Golly and Marion Hawthorne.

Listen to ‘Smile Real Nice’ – and watch the trailer for Harriet the Spy in which it appears – below:

Barnett is currently gearing up to release her third studio album ‘Things Take Time, Take Time’ next month, having previewed it with singles ‘Rae Street’, ‘Before You Gotta Go’ and ‘Write a List of Things to Look Forward To’.

The record, which will follow up 2018’s ‘Tell Me How You Really Feel’, was written over two years and recorded towards the end of 2020 and early 2021 in Sydney and Melbourne. It was produced by Stella Mozgawa, drummer of Warpaint.

Back in August, Barnett contributed a cover of The Velvet Underground and Nico’s ‘I’ll Be Your Mirror’ for a tribute album that also featured Iggy Pop, Sharon Van Etten, Kurt Vile, Matt Berninger and more.