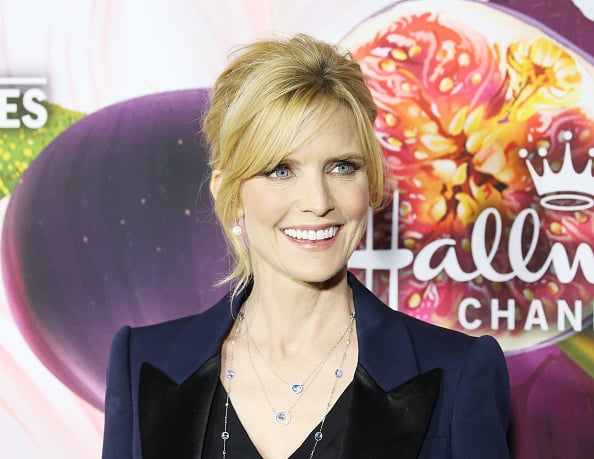 What Is Courtney Thorne-Smith's Net Worth and Salary?

Courtney Thorne-Smith was born on November 8, 1967, in San Francisco, California. Courtney grew up in Menlo Park in San Mateo County, and her parents, Lora Thorne (a therapist) and Walter Smith (a computer market researcher), split up when she was 7 years old. After the divorce, Thorne-Smith lived with both of her parents at different stages of her life. Courtney's older sister, Jennifer, is an advertising executive. Thorne-Smith attended Menlo-Atherton High School and Tamalpais High School, graduating in 1985. As a teenager, she performed in stage productions with Mill Valley's Ensemble Theater Company.

Courtney made both her big screen and small screen debuts in 1986, appearing in the films "Lucas" and "Welcome to 18" and starring as Stacey Hamilton on the short-lived CBS sitcom "Fast Times," which was based on the 1982 film "Fast Times at Ridgemont High." In 1987, she guest-starred on "Growing Pains" and played Sunny Carstairs in "Revenge of the Nerds II: Nerds in Paradise" and Pam House in "Summer School." From 1988 to 1989, Thorne-Smith starred as Kristin Carlson on NBC's "Day by Day" alongside Julia Louis-Dreyfus and Thora Birch, and in 1990, she had a recurring role as Kimberly Dugan on "L.A. Law" and appeared in the film "Side Out." She guest-starred on "Jack's Place" and "Grapevine" in 1992, and from 1992 to 1997, she played Alison Parker on "Melrose Place." Courtney left the series at the end of the fifth season and returned to the Fox network later that year as Georgia Thomas on "Ally McBeal." Also starring Calista Flockhart, Greg Germann, Lisa Nicole Carson, and Jane Krakowski, "Ally McBeal" aired 112 episodes over five seasons and won a Primetime Emmy for Outstanding Comedy Series, two Golden Globes for Best Television Series – Comedy or Musical, and a Screen Actors Guild Award for Outstanding Performance by an Ensemble in a Comedy Series. Thorne-Smith said of her time on the show, "I started undereating, overexercising, pushing myself too hard and brutalizing my immune system. The amount of time I spent thinking about food and being upset about my body was insane."

Courtney dated her "Melrose Place" co-star Andrew Shue in the early '90s. She married geneticist Andrew Conrad on June 2, 2000, and they divorced in early 2001. Thorne-Smith then wed Roger Fishman, president of the Zizo Group marketing group, on January 1, 2007, and they welcomed son Jacob on January 11, 2008. Roger is the author of the 2009 book "What I Know: Uncommon Wisdom and Universal Truths from 10-Year-Olds and 100-Year-Olds."

During a 1997 appearance on "Late Night with Conan O'Brien," Courtney was part of what many consider to be one of the funniest moments in late night talk show history. While promoting "Chairman of the Board," her upcoming film with Carrot Top, fellow guest Norm Macdonald piped up with quips such as "If it's got Carrot Top in it, you know what a good name for it would be? 'Box Office Poison.'" When Thorne-Smith mentioned the actual title of the film, Macdonald responded, "I bet that 'Board' is spelled B-O-R-E-D," and the studio audience went wild. After Norm passed away from cancer in September 2021, Courtney told "Vanity Fair," "I was there to promote 'Chairman of the Board.' I was not thrilled about having to do it, so when Norm took over, I'm like, 'Oh, thank you, God and Norm Macdonald.' It was a blessing. Look—had I thought that 'Chairman of the Board' was my path to an Oscar, I might have been offended. I did not. So it was a joy to be teased about it." A few years after the infamous interview, Thorne-Smith guest-starred in a 2000 episode of Macdonald's ABC sitcom "Norm."

While Courtney was starring on "Ally McBeal," the cast earned Screen Actors Guild Award nominations for Outstanding Performance by an Ensemble in a Comedy Series in 1998, 1999, and 2000; they won the award in 1999.