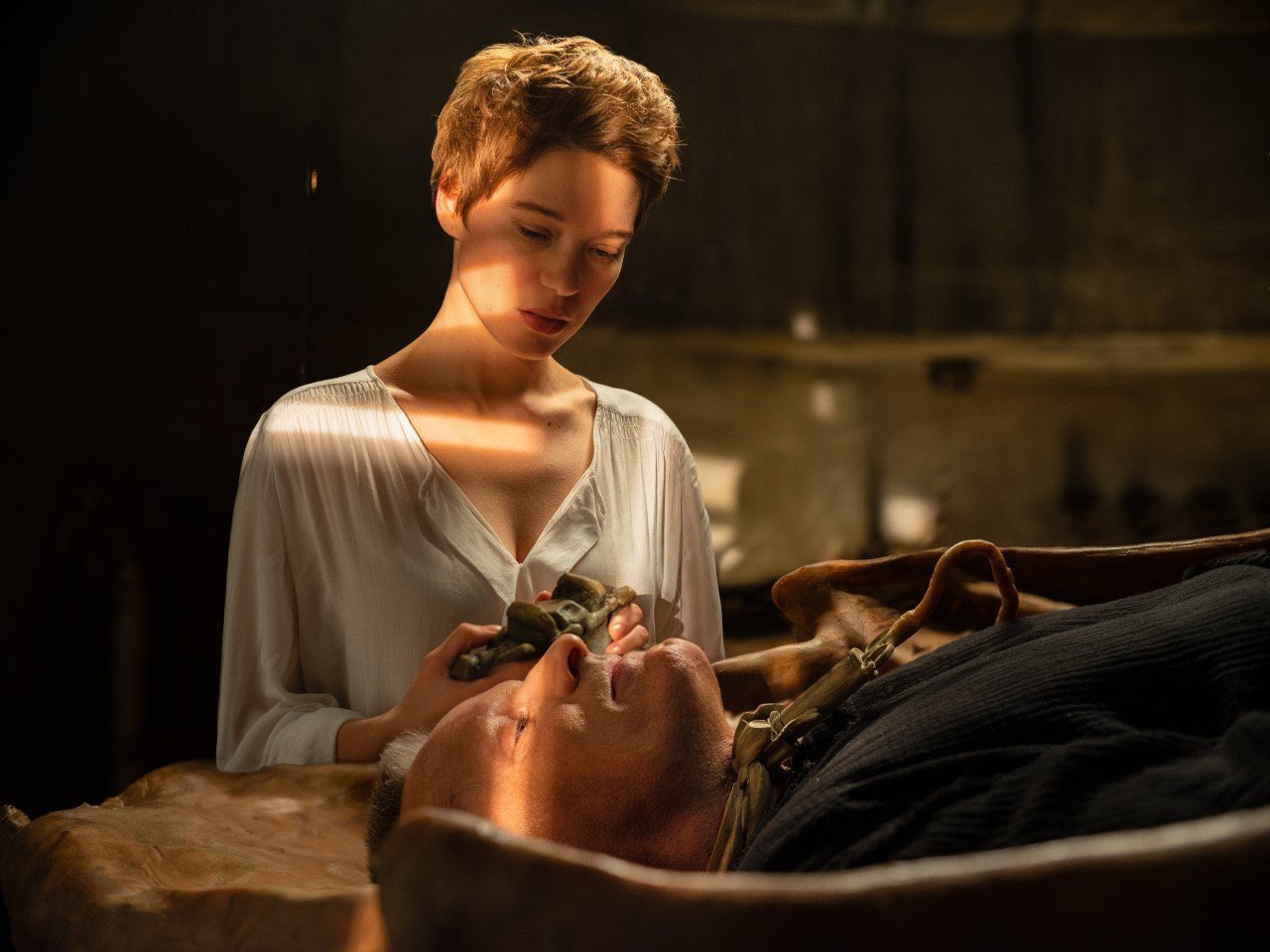 Strong disturbing violent content. Grisly images. Graphic nudity. These are the things David Cronenberg‘s new movie Crimes of the Future received its “R” rating for, and we expect to see most of those things on full display in the film’s full official trailer. NEON lets us know that it’s arriving tomorrow, May 6th, and in the meantime they’ve debuted an official poster.

Check out the wild new poster below, which goes Full Body Horror!

David Cronenberg returns to his body-horror roots with new movie  Crimes of the Future , coming to theaters from NEON in NY LA on June 3 before expanding wide on June 10.

In the film, “As the human species adapts to a synthetic environment, the body undergoes new transformations and mutations. With his partner, Caprice ( Léa Seydoux ), Saul Tenser ( Viggo Mortensen ), a celebrity performance artist, publicly showcases the metamorphosis of his organs in avant-garde performances.

“Timlin ( Kristen Stewart ), an investigator from the National Organ Registry, obsessively tracks their movements, which is when a mysterious group is revealed… Their mission – to use Saul’s notoriety to shed light on the next phase of human evolution.”

“Crimes of the Future is a meditation on human evolution… the ways in which we have had to take control of the process because we have created such powerful environments that did not exist previously,” said Cronenberg. “[It’s] an evolution of things I have done before. Fans will see key references to other scenes and moments from my other films.  That’s a continuity of my understanding of technology as connected to the human body. Technology is always an extension of the human body, even when it seems to be very mechanical and non-human.”