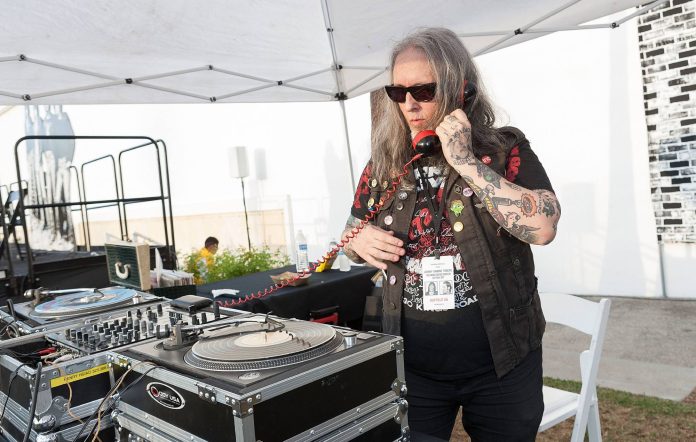 Howie Pyro, a founding member of the band D Generation, has died at the age of 61.

Jesse Malin, Pyro’s close friend and bandmate in D Generation, confirmed in a statement that Pyro died from COVID-19-related pneumonia yesterday (May 4) following a long battle with liver disease.

Describing Pyro as “my best friend and brother”, Malin wrote on his social media channels: “He fought real hard right till the end. He changed my life and so many others in ways I can’t even begin to say. We made our world together.”

Pyro, real name Howard Kusten, was part of the New York City punk scene in the 1970s and 80s, leading the underage band the Blessed and performing at such storied NYC venues as CBGB and Max’s Kansas City.

In 1991, Pyro and Malin, along with guitarist Danny Sage, drummer Michael Wildwood and guitarist Richard Bacchus, formed D Generation. The band released their self-titled debut album in 1994 before signing to Columbia, on which they released 1996’s ‘No Lunch’ and 1999’s ‘Through The Darkness’.

Pyro was also a successful DJ, hosting the Intoxica! Radio show and enjoying a residency at the Ace Hotel in LA.

A flurry of tributes to Pyro have been shared on social media following the news of his death – you can see a selection of those below.

Johnny and Linda’s pal for many years, Howie Pyro, is now with Johnny in Rock Roll Heaven. The Johnny Ramone Army sends their love to all his family and friends 💜 pic.twitter.com/a8r9zGIonO

Gone but never forgotten. The real thing is very rare. HOWIE PYRO was remains that. Many tears will be shed tonight.Many guitars will stand in the corner.. RIP pic.twitter.com/CHDQNE8ut7

I am devastated by the loss of my dear friend @howiepyro I’d known Howie for over 30 years. I’m going to miss you so damn much. Wow that’s 2 of my closest friends in the span of 6 months. 💔 pic.twitter.com/13D3YycWBo

rest in peace howie pyro. one of the coolest, sweetest and most sincerely awesome humans ever. condolences to all that knew and love him.

Rest In Peace Howie Pyro-keep playing and spinning that vinyl up in Heaven old friend. pic.twitter.com/wTuV8DuNV0

Pyro will be laid to rest at the Hollywood Forever Cemetery in LA. His family are requesting that those wishing to pay tribute should consider donating to the UCLA Division of Liver and Pancreas Transplantation.