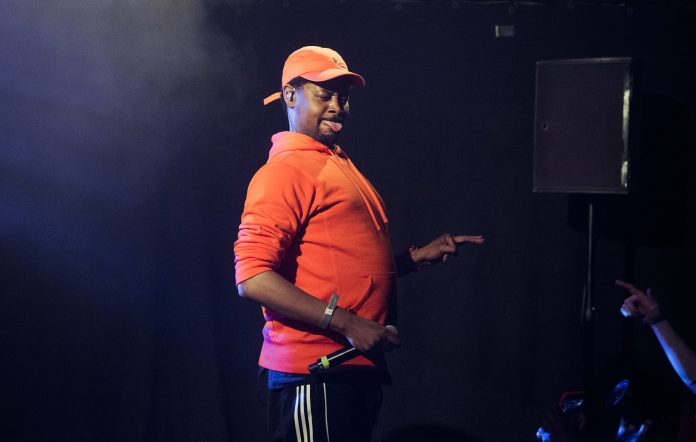 Danny Brown says his next album, ‘Quaranta’, is “just all over the place”

Danny Brown has teased what fans can expect from his forthcoming sixth album – tentatively titled ‘Quaranta’, a reference to the rapper’s age (‘quaranta’ being the Italian word for ‘forty’) – saying the record is “going to be fun”.

Word of the project first came during an interview Brown did with Anthony Fantano (of The Needle Drop fame) last month; he confirmed that recording for the album had been completed, and that Derek Ali (of Top Dawg Entertainment) was handling the mix.

“We’re just waiting on the right timing,” Brown told Fantano. But it’s not called ‘40’, it’s called ‘Quaranta’. You know what I’m saying, it’s a… I don’t wanna give away too much why, but y’all will figure it out.”

He told the publication that A Tribe Called Quest co-founder Q-Tip (with whom Brown worked on 2019’s ‘uknowhatimsayin¿’) wasn’t involved in the process this time around, but he did link up with “a lot of people”. Brown notes The Alchemist as one of the names that fans can expect to appear in the record’s liner notes, saying ultimately that in terms of the producers he worked with on it, ‘Quaranta’ is “just all over the place”.

Brown is yet to set a release date for ‘Quaranta’, but given that he turns 41 in less than three months (on March 16, 2022 to be exact), it’s expected to land sooner than later. He’d kept relatively quiet in the years following ‘uknowhatimsayin¿’, though 2021 saw him make somewhat of a comeback with his debut stand-up set, a cover of Korn’s ‘Freak On A Leash’, a new Bruiser compilation and a collaborative single with Brockhampton.