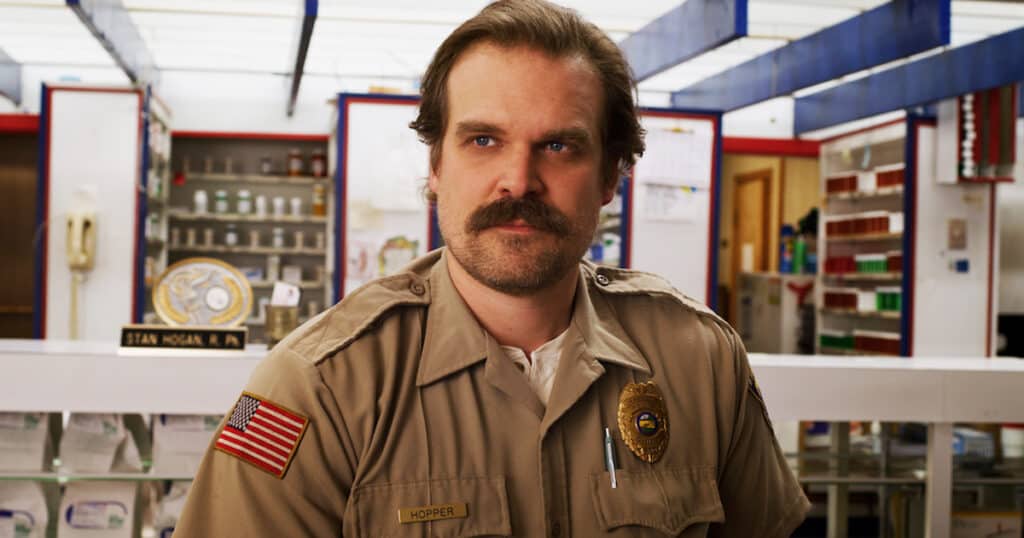 David Harbour to star as Jimmy Galante in The Trashers

After Cooper Raiff’s Cha Cha Real Smooth was picked up by Apple TV+ for a cool $15 million following its debut at the Sundance Film Festival, Raiff is setting up his next project. Deadline has reported that Stranger Things star David Harbour will star in The Trashers as Jimmy Galante, said to be one of the inspirations for The Sopranos.

The Trashers will chronicle the rise and fall of Jimmy Galante, a Connecticut trash magnate and associate of the Genovese crime family. He later bought his teenage son (AJ Galante) a minor-league hockey team and let him run it. The team “gained notoriety for their rough and violent style of play but also developed a wide fan base as they started to win more and more games.” All that success and fame came to a sudden end when Jimmy Galante was arrested on 72 criminal charges. That would do it. Cooper Raiff will direct The Trashers based on a script by Adam R. Perlman, with current revisions by Raiff. As the film is based on his life story, AJ Galante is onboard as an associate producer. Production on The Trashers will kick off this fall, and Raiff is excited to work with David Harbour.

I feel so lucky to be working with David. He’s a magnificent actor and the perfect Jimmy Galante because he’s truly tough and impossibly warm. He’s also the best person and I hope he reads this and knows I want to be friends with him forever.

In addition to directing Cha Cha Real Smooth, Cooper Raiff also stars alongside Dakota Johnson. He plays a directionless college graduate in New Jersey who gets over his head in a relationship with a young mom and her autistic teenage daughter as he works a job party-starting bar and bat mitzvahs of his younger brother’s classmates. The film will debut on Apple TV+ on June 17, 2022. As for David Harbour, he will next be seen in the fourth season of Stranger Things which will premiere on Netflix on May 27, 2022.