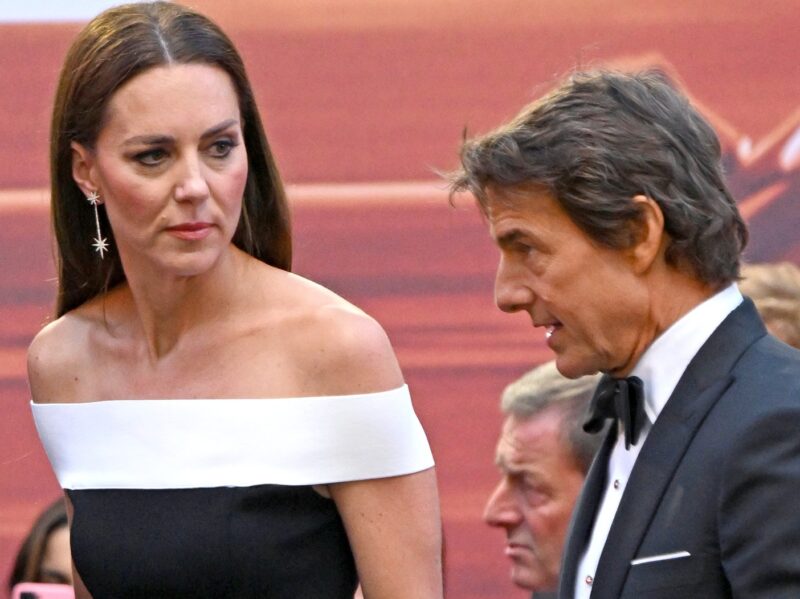 Did 5’7″ Tom Cruise Wear Lifted Shoes To Be Kate Middleton’s Height At ‘Top Gun’ Premiere, How Tall Is Duchess Of Cambridge

Middleton was also wearing heels to the event.

Kate Middleton and Tom Cruise’s appearance together at the Top Gun premiere in London, where Prince William was also present, renewed rumors that the infamously short American actor secretly wears lifts in his shoes. A British tabloid noted that Cruise appeared to be nearly the same height as the Duchess of Cambridge, despite the fact that she was wearing heels and already at least two inches taller than him. We looked into the photos and can explain what’s really going on.

Hollywood royalty Tom Cruise caused a stir when he showed up at the London premiere of Top Gun: Maverick alongside actual royalty Prince William and Kate Middleton. Specifically, it was Cruise’s interactions with Middleton that caused a renewed interest in one particularly persistent rumor about the Mission: Impossible actor.

It’s long been rumored that Cruise, who is famously on the shorter end at 5’7”, wears lifts in his shoes to make himself look taller. The Mirror published a report remarking on the fact that Cruise looked to be almost as tall as Middleton is, despite the fact that the duchess is about 5’9” and was wearing high heels for the red carpet event.

In several of the photos that the outlet provided, Cruise looked to be only an inch or two shorter than Middleton, but there’s a reason for that that has nothing to do with lifted shoes. It was rather a trick of angles and perspective that made Cruise look as if he were almost eye-to-eye with the taller Middleton. 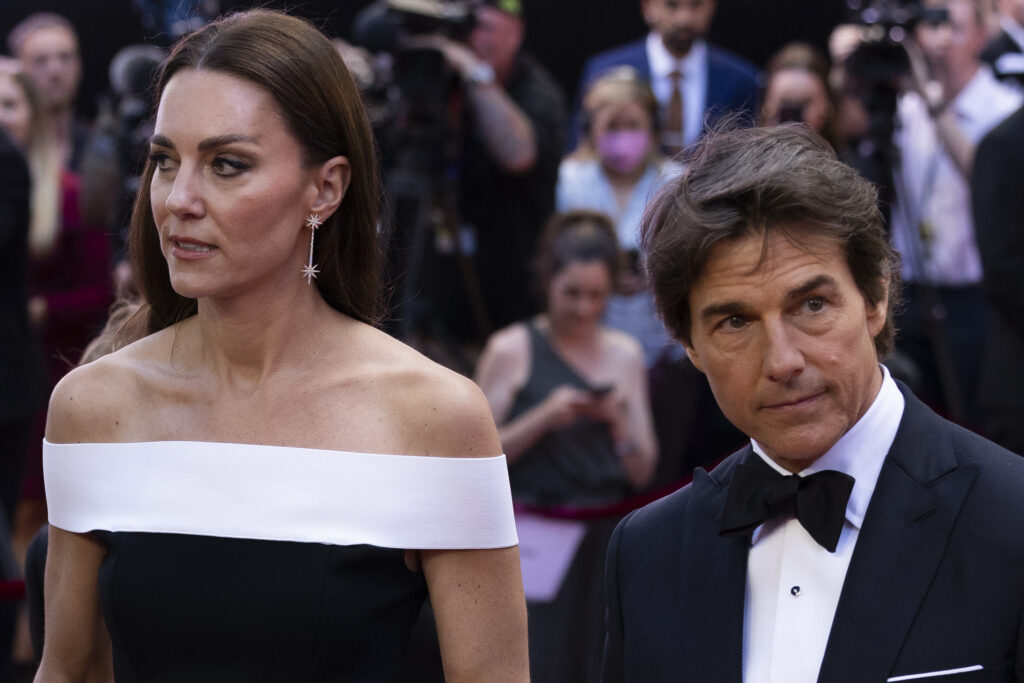 LONDON, ENGLAND – MAY 19: Catherine, Duchess of Cambridge is accompanied by star actor Tom Cruise as she arrives for the “Top Gun: Maverick” Royal Film Performance at Odeon Leicester Square on May 19, 2022 in London, England. (Photo by Dan Kitwood/Getty Images)

If you take a look at other photos from the event, which were taken closer to the subjects and from a more straightforward perspective, you can see that the height difference between the two is very pronounced. From the right angles and distances, heights can look very different on-camera versus in real life, a trick that Cruise knows all too well.

A More Honest Photo Of Cruise And The Duchess 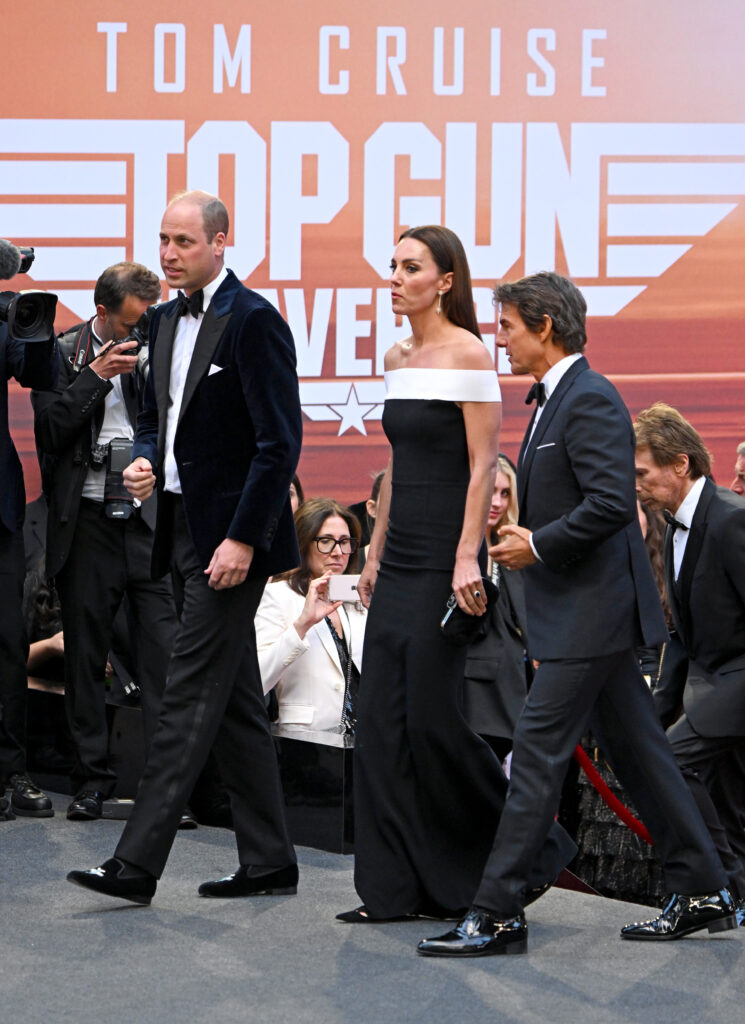 As a shorter actor, Tom Cruise has long used common acting methods such as what’s known as a Sully box when filming scenes with costars of vastly different heights. Actors don’t all come in one size, which can make fitting them all into a single frame difficult for the camera person.

To make things easier, shorter actors like Cruise will often hop on literal wooden boxes, sometimes also referred to as “apple boxes” to even out the height difference a bit more. Taller actors will often lean on something to make sure they fit in the shot. It’s one of the oldest tricks in Hollywood, but that doesn’t mean it’s a tactic that Cruise uses in his personal life or at red carpet events, especially not this one.