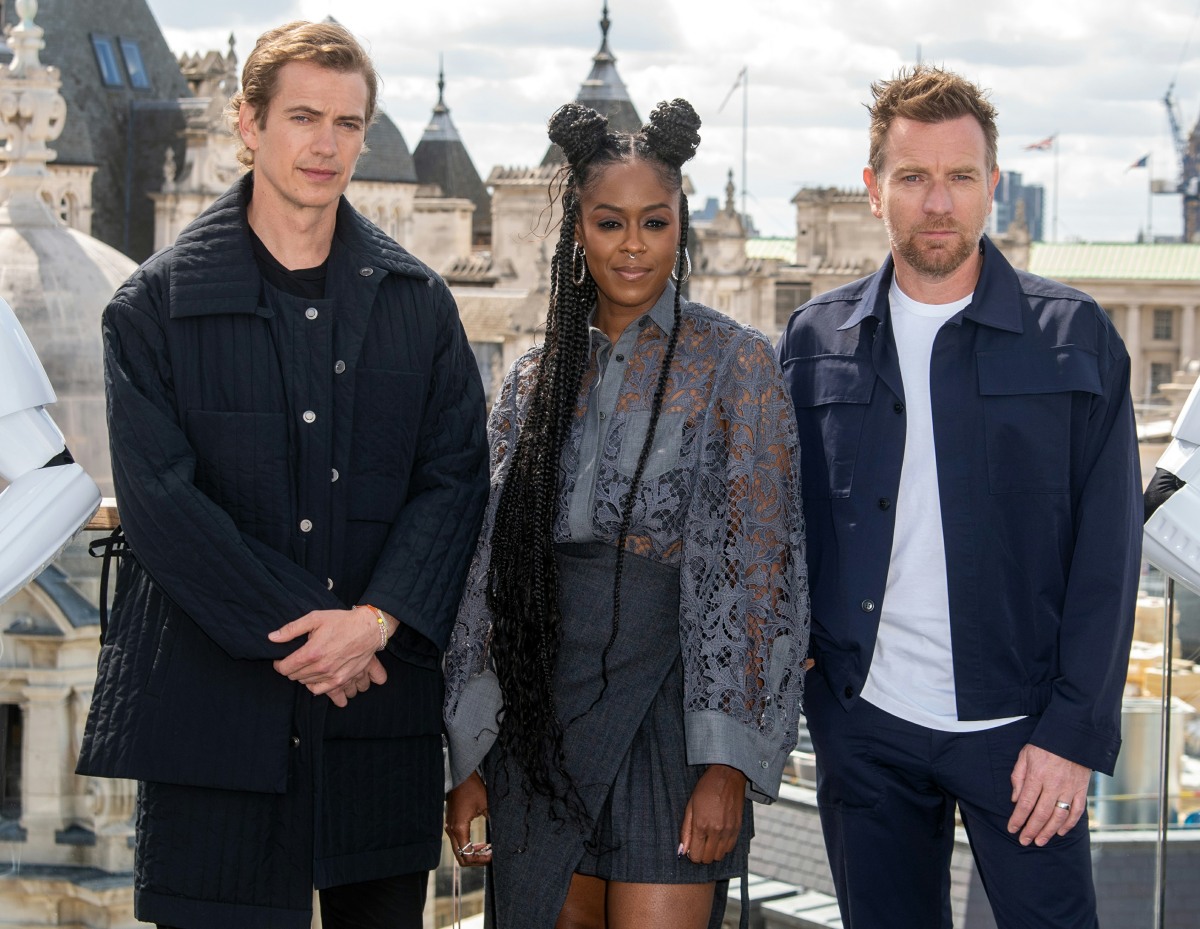 Here are some pics of the cast of Disney+’s Obi-Wan Kenobi at the London photocall in May. Ewan McGregor returned as Obi-Wan, Hayden Christensen returned as Darth Vader/Anakin Skywalker and the streaming series has introduced a new character to the Star Wars world: Inquisitor Reva, played by Moses Ingram.

Now, the Star Wars fan community has a really awful reputation for harassing and abusing every person of color within the Star Wars universe. John Boyega and Kelly-Marie Tran can testify to that, and they can also testify to the lack of support they received from Disney, from LucasFilm, from their directors, producers and costars. Boyega and Tran were left to sink or swim with the racist Star Wars fan contingent. Which is why it feels like Disney was a little bit better prepared for the racist reaction to Moses Ingram. Soon after the series premiered last Friday, Moses began getting racist and harassing messages online. She publicized them and spoke on Instagram about how sh-t needs to change:

Yet again, a new Star Wars performer has been subject to a flurry of racist backlash online. After the debut of Obi-Wan Kenobi last Friday, star Moses Ingram has had to spend the weekend shooting down trolls on social media instead of celebrating her new Disney+ series.

On her Instagram story, Ingram shared a couple of hurtful messages she received from strangers. “You’re days are numbered,” one user sent the actress. Another reads: “You suck loser,” and then, “You’re a diversity hire and you won’t be loved or remembered for this acting role.”

In Obi-Wan, Ingram stars as Reva Sevander, aka “The Third Sister,” an Inquisitor who bows to Darth Vader—essentially, she’s a villain. While we’re not programmed to like villains (and Reva is especially vicious, targeting a young Princess Leia), that hasn’t stopped fans from cuddling up to iconic characters like Vader, Kylo Ren, and Darth Maul.

Ingram opened up about dealing with these folks in another Instagram story in which she spoke directly to the camera, saying there are “hundreds” of hate messages sitting in her unread inbox.

Disney responded by telling racist fans that they aren’t welcome, which is a bit like trying to put the KKK genie back in the bottle. Disney largely placated racist Star Wars fans for years and, as I said, did next to nothing to protect Boyega and Tran. I do think Disney has learned that they need to say something at the start, and they need to at least pay lip service to the idea of “racist Star Wars fans need to go.” But yes, they nurtured this toxic fan culture for way too long.

There are more than 20 million sentient species in the Star Wars galaxy, don’t choose to be a racist.

Ingram’s costar Ewan McGregor had her back too. I like that he mentions that he’s the executive producer on this series. That might be one of the big reasons why his reaction and Disney’s reaction came so quickly. 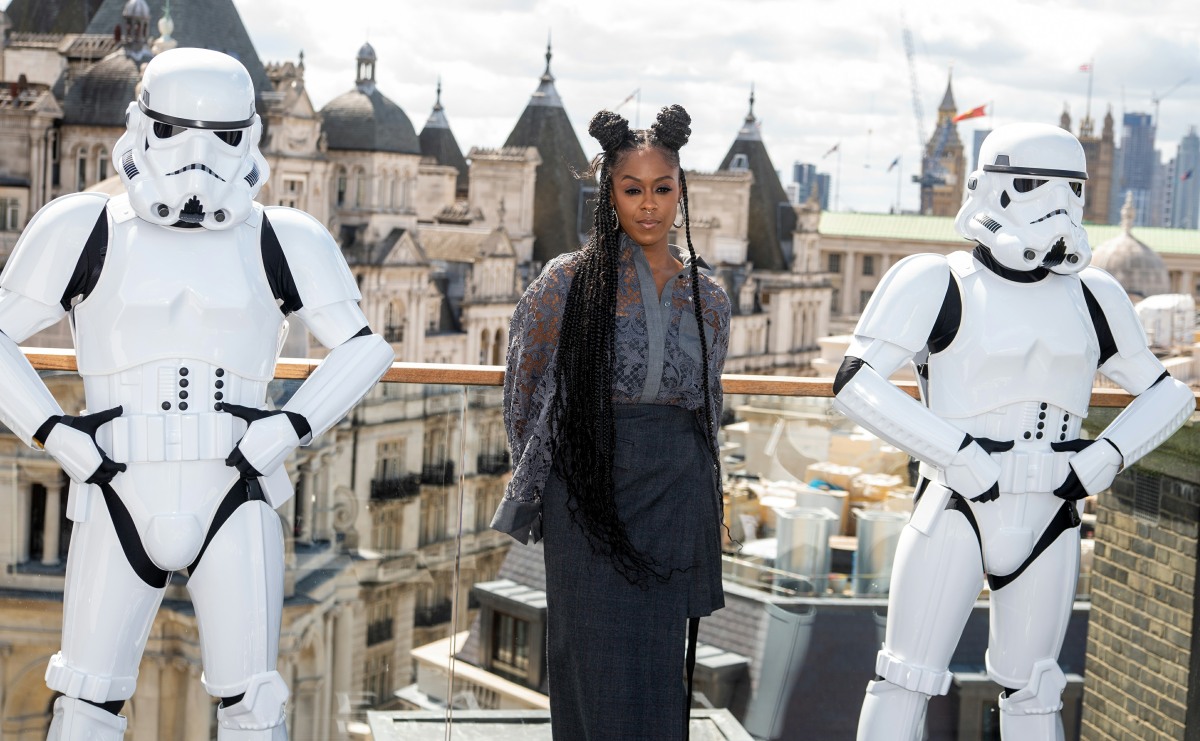