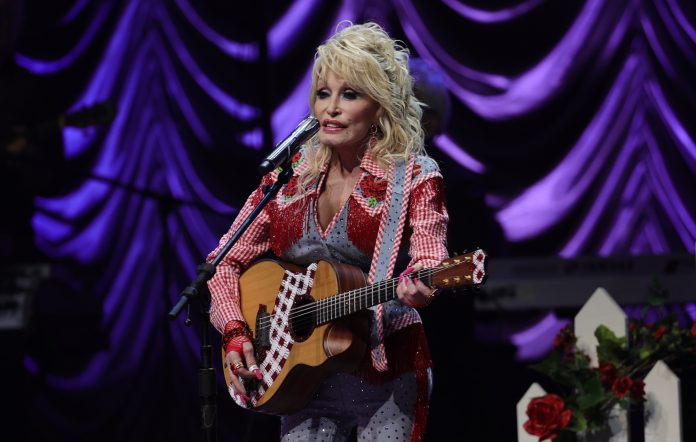 Dolly Parton has discussed her forthcoming induction into the Rock Roll Hall of Fame, saying that she “never meant to cause trouble” by initially declining the nomination.

Parton’s inclusion in the list came after she announced she was taking herself out of the running back in March, explaining that though she was “extremely flattered” to be nominated, she didn’t feel she had “earned that right” and did not “want the votes split” as a result.

However, the Rock Hall later clarified that Parton was still in the running, despite her request to be withdrawn, and would still be eligible for induction into the Hall of Fame if she secured enough votes.

Last week, the singer reversed her stance, saying she would accept the honour should she be voted in. “Well, I’ll accept gratefully,” she replied when asked in an interview on NPR’s Morning Edition what she’d do if she received enough votes to be inducted. “I will say ‘thanks’ and accept that.”

And now in a new interview with Billboard , Parton has discussed both her inclusion and the circumstances that led to it. “I feel great. I feel honored that all the people that voted for me did. And I appreciate the Rock Roll Hall of Fame people for staying there with me,” she told the publication.

She continued that she “never meant to cause trouble or stir up any controversy” by taking herself out of the running earlier this year.

“It was just always my belief – and I think millions of other people out there too – always thought the Rock Roll Hall of Fame was just set up for the greatest people in the rock ‘n’ roll business.

“I just didn’t feel like I really measured up to that and I don’t want to take anything away from the people that have worked so hard,” she continued. “I found out later that it’s far more than that, obviously… I’m very honored and humbled by [the induction], and so I’ll try to live up to it.”

Asked whether she’ll be attending this year’s induction ceremony, which will take place November 5 at the Microsoft Theater in Los Angeles, Parton replied: “I don’t know. If I do, I’m going to sing the hardest style rock ‘n’ roll song I could ever muster up just to show that I can do it.”

Parton added that she had been thinking about recording a rock album even before her nomination. “I’ve always wanted to do a great rock album, and I’m going to do that. I don’t know when, but I will do one.”