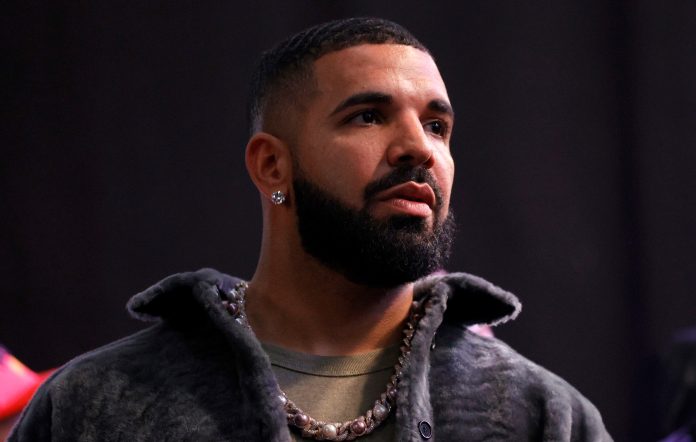 The rapper made the surprise announcement in an Instagram post earlier today, where he shared the album’s artwork, which features the record’s title in chrome lettering with pastel rainbow shadowing.

Drake has also since shared the tracklist to the album, revealing that it is 14 songs long. The album is executive produced by Drake himself, Noah “40” Shebib, Oliver El-Khatib, Noel Cadastre and South African producer and DJ Black Coffee, whom Drake worked with on 2017 project ‘More Life’. See the tracklist below.

The tracklist to Drake’s ‘Honestly, Nevermind’ is:

It’s unknown if he’ll have any feature artists on the new record, but Kanye West — now legally known as Ye — liked the Instagram post, sparking rumours of a collaboration.

It’d be the first time the rappers have linked up since ending their ongoing feud last year, with West saying in November it was “time to put it to rest”. The pair went on to perform together at a ‘Free Larry Hoover’ benefit concert and were later pictured at Drake’s home.

The new album’s announcement comes after the rapper was pictured in the studio back in March of this year. This sparked rumours that he was working on new music, though nothing was confirmed at the time.

Drake hints new music is coming as he hits the studio https://t.co/nxqbOH8kBW pic.twitter.com/DC3n9vXM4k

Speaking about the album in a two-star review, NME‘s Rhian Daly described it as “a boring, bloated disappointment”.

“If Drake feels like the weight of the world is upon him, as he suggests on ‘Champagne Poetry’, ‘Certified Lover Boy’ is not going to go any way towards blasting away that burden,” she wrote. “It offers nothing new to the rapper’s canon, merely going through the motions on his old formulas instead.”

“If Drake really wants to enter a new golden age, he’s going to have to be a lot more creative – and tough with his editing – to make it happen. Right now, though, his spark is rapidly burning out.”