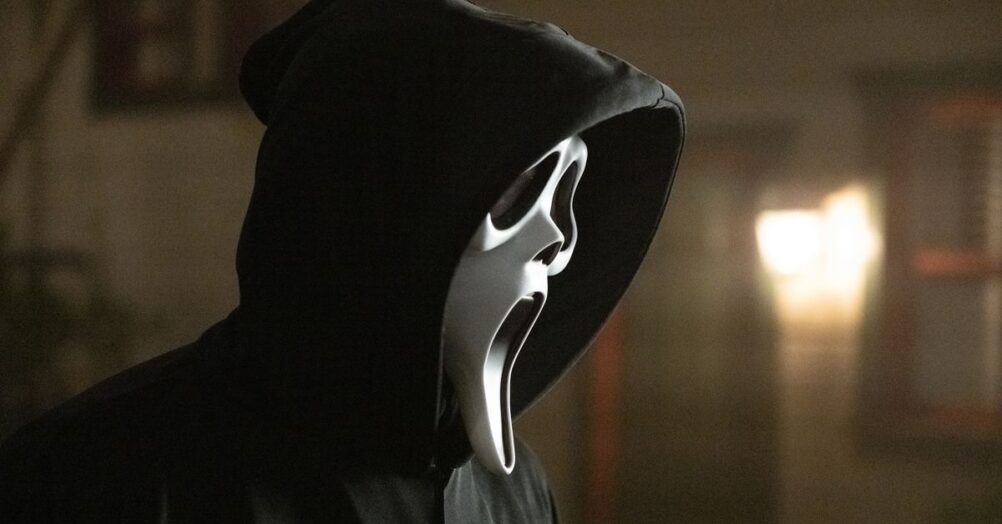 The first part of director Denis Villeneuve‘s two-part adaptation of the Frank Herbert novel  Dune  is now available to own on 4K, Blu-ray, and DVD (you can pick up a copy at THIS LINK), and Dune: Part Two  is gearing up to go into production this summer so it will be ready for an October 20, 2023 theatrical release. One cast member who is hyped to get back on a Dune set is Javier Bardem… and that’s because the sequel is supposed to give him the chance to ride a sandworm!

I haven’t read anything yet, so I’m not sure what’s coming up next for me in Dune. I know as much as you do at this point. I hear there are scripts but I haven’t read anything. I cannot wait to put myself into the hands of Denis Villeneuve again. I love the guy. The only thing I’m asking is that I get to ride a sandworm. Denis told me he’s going to try to make that happen. That does happen in the book, by the way. Stilgar teaches Paul [Atreides] how to take the desert power, which is to domesticate those huge animals in order to use their force, their strength, and their huge size against the Harkonnen. Hopefully, that will happen.”

Scripted by Villeneuve, Eric Roth, and Jon Spaihts, Dune: Part One stars Timothée Chalamet as Paul Atreides, “a brilliant and gifted young man born into a great destiny beyond his understanding” who

must travel to the most dangerous planet in the universe to ensure the future of his family and his people. As malevolent forces explode into conflict over the planet’s exclusive supply of the most precious resource in existence – a commodity capable of unlocking humanity’s greatest potential – only those who can conquer their fear will survive.

I haven’t watched Dune: Part One, but if I hear Bardem actually does ride a sandworm in the follow-up it could get me to catch up on the first movie to prepare for this sight.