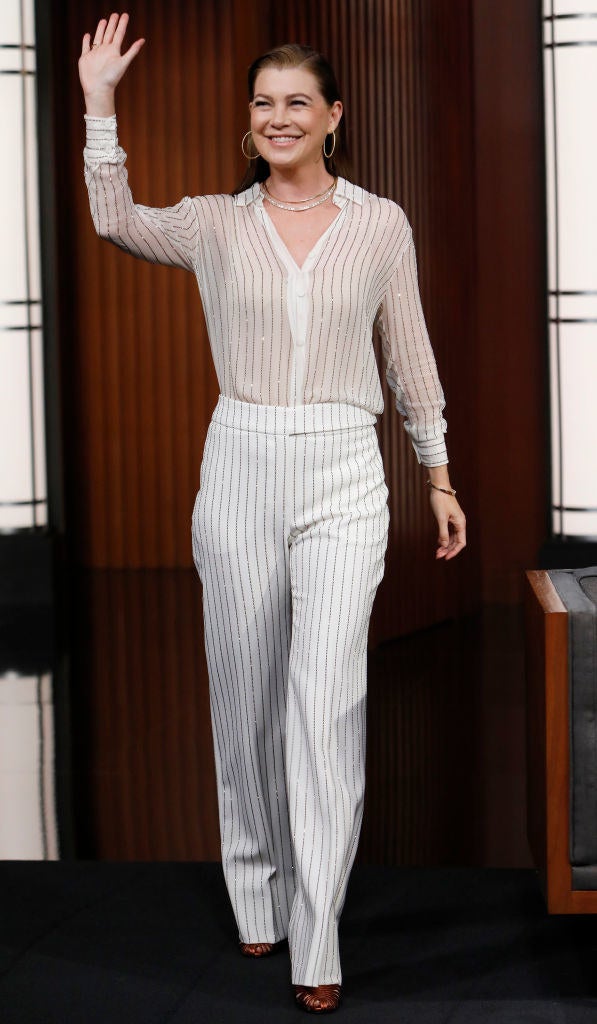 “And everyone’s like, 'Who cares, Ellen? It makes a gazillion dollars.'"

If you've ever wondered why Grey's Anatomy is still airing after 18 whole seasons, you're not the only one. Ellen Pompeo is kind of over it too.

Ellen, a producer on the series and its titular star — head surgeon Meredith Grey — revealed in a new interview with Insider that she's been campaigning behind the scenes to end the series.

"I've been trying to focus on convincing everybody that it should end," the 52-year-old actor said. "​I feel like I'm the super naïve one who keeps saying, 'But what's the story going to be, what story are we going to tell?'"

Unfortunately for her, no one else is on the same page. She continued, "Everyone's like, 'Who cares, Ellen? It makes a gazillion dollars.'"

I'm really sorry to all the die-hard Grey's fans out there, but this is — objectively —the most hilarious thing to me.

The show, which premiered in 2005, initially contracted Ellen for the role of Meredith up until Season 8. But in 2012, the actor — who is now one of the highest paid actresses on TV — assured fans she would stay on longer.

She signed another two-year deal in 2014 but, speaking at a BuzzFeed-hosted panel, revealed she might quit acting post-Grey's. When that contract expired, she told Cosmopolitan that she thinks about the medical drama series' end "a lot" and it's something that she and creator Shonda Rhimes frequently discuss.

For a while afterward, though, Ellen said she wouldn't want to end the series, since ratings remained steady. That is until 2018, when she told Entertainment Weekly that she felt ready for a "change."

“I am really feeling like we have told the majority of the stories we can tell,” Ellen said. “It’s about time that I mix it up." She later walked that statement back, saying there's "no end in sight." She added, "I got to keep doing it, man, because we're touching lives and making a difference.”

The last thing Ellen said about the show's end came ahead of the 2021 Emmys. "I've been trying to get away for years," she told Entertainment Tonight . "I have been trying. It's not because I haven't been trying. I have strong relationships at the network and they have been very, very good to me and have incentivized me to stay."

She continued, saying that "miraculously" writers keep finding new stories to tell. You can click here for a full, dizzying breakdown on everything she's said about the show thus far.

In conclusion, this is what I imagine took place at ABC headquarters: