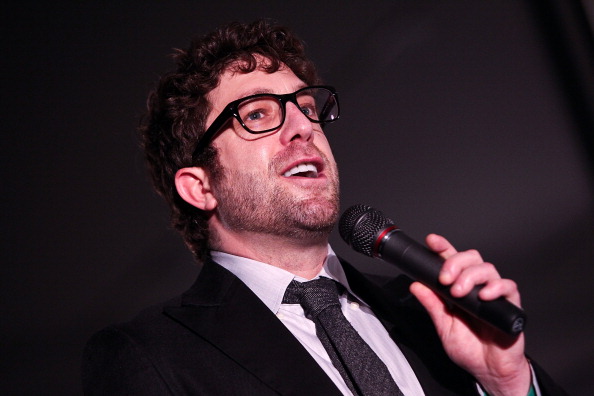 What Is Elliott Yamin's Net Worth?

Elliott Yamin is an American singer who has a net worth of $6 million. He is best known for appearing on the fifth season of "American Idol" (finishing in third place) and for his hit single "Wait for You," which was released in 2007. Yamin has released several studio albums, including "Elliott Yamin" (2007), "Fight for Love" (2009), and "Let's Get to What's Real" (2012). His single "Wait for You" was certified Platinum and reached #5 on the "Billboard" Pop 100 chart, #4 on the "Billboard" Adult Contemporary chart, and #3 on the "Billboard" Japan Hot 100 chart. Elliott has also performed on tracks by Big Planz, Steven Russell, Rick Braun, Euge Groove, and Sanjoy, and he sang a duet of Bobby Womack's "Woman's Gotta Have It" with "American Idol's" season five winner, Taylor Hicks, on Hicks' 2009 album "The Distance."

Elliott Yamin was born Efraym Elliott Yamin on July 20, 1978, in Los Angeles, California. His mother, Claudette (who passed away in 2008), was a singer of Ashkenazi Jewish descent, and his father, Shaul, is of Iraqi Jewish descent. During Elliott's time on "American Idol," his mother received the "Golden Idol for Proudest Family Moment Award." Yamin has a younger brother named Scott, and the family moved to Richmond, Virginia, when Elliott was 11 years old. His parents divorced when he was 14, and his father moved back to L.A. Yamin attended Tuckahoe Middle School and Douglas S. Freeman High School, and he dropped out of school during his sophomore year. Elliott later got his GED while he was taking part in Foot Locker's management program and working at a pharmacy. He also worked as a DJ on the radio station WCDX/Power 92 FM under the name E-Dub. Frequent ear infections as a child and eardrum replacement surgery caused 90% hearing loss in Yamin's right ear, and at age 16, he was diagnosed with Type I diabetes. Elliott discovered that he had a talent for singing while performing karaoke as a teenager, and he later sang in a jazz band.

Yamin auditioned for "American Idol" in Boston, performing Leon Russell's "A Song for You." After making it into the top 12 on the show, Elliott performed songs such as Stevie Wonder's "Knocks Me Off My Feet," Queen's "Somebody to Love," and Journey's "Open Arms," and judge Simon Cowell called him "potentially the best male vocalist" in the first five seasons of "American Idol." He performed "A Song for You" during "love songs" week, and "Entertainment Weekly" ranked it #3 on its list of the best "American Idol" performances of all time. On May 10, 2006, Yamin, Katharine McPhee, and Taylor Hicks were announced as the season's top three finalists, and Elliott was eliminated the following week. In December of that year, Sony/ATV Music Publishing signed him to a music publishing contract, and in January 2007, Yamin signed a record deal with the Sony/ATV imprint Hickory Records. He released the single "Movin' On" in February 2007 on iTunes, and his single "Wait for You" began playing on radio stations in March. His debut self-titled album was released on March 20, 2007, and it reached #3 on the "Billboard" 200 chart and #1 on the Independent Albums chart. After it was released in Japan under the title "Wait for You" in 2008, the album reached #8 on the charts there. The album marked the highest-selling debut by a new artist on an independent label in the history of SoundScan.

After the success of his debut album, Elliott performed at "A Capitol Fourth" on Independence Day, and he appeared as himself in a 2007 episode of the soap opera "The Bold and the Beautiful." He then released two holiday albums, 2007's "Sounds of the Season: The Elliott Yamin Holiday Collection" and 2008's "My Kind of Holiday," and "Sounds of the Season" reached #1 on the "Billboard" Top Holiday Albums chart. He released the album "Fight for Love" in May 2009, and it reached #26 on the "Billboard" 200 chart, #4 on the Independent Albums chart, and #19 in Japan. The album featured the singles "Fight for Love," "You Say," and "Can't Keep on Loving You (From a Distance)," and "You Say" was a top 10 hit in Japan.

In February 2011, Yamin represented the U.S. in the LI Festival Internacional de la Canción de Viña del Mar (LI International Song Festival of Viña del Mar) in Chile, and on the last day of the festival, an 8.8-magnitude earthquake hit the country. Elliott was unharmed, and after the quake, he tweeted, "Huge earthquake just now in Chile!!….I swear I thought this was the end of my life!!!!!" In February 2011, he released the album "Gather 'Round" exclusively in Japan, and he did the same with 2013's "Best for You" and 2015's "As Time Goes By." In March 2012, he released "Gather 'Round" in the U.S. under the title "Let's Get to What's Real," and it reached #30 on the "Billboard" Top RB/Hip-Hop Albums chart and #39 on the Independent Albums chart. In 2018, he was featured on jazz musician Phil Lassiter's album "Party Crashers," and he sang the National Anthem at the Toyota Owners 400 Monster Energy NASCAR Cup Series race, which took place in his hometown, Richmond, Virginia.

Elliott has served as a spokesman for the Juvenile Diabetes Research Foundation (JDRF), and in 2006, he was involved with the JDRF International Walk to Cure Diabetes. When he performed at the Virginia State Fair, he donated a portion of the profits to JDRF, and the organization's Central Virginia Chapter honored him at its 8th Annual Spring Gala in 2008. Yamin was also an International Celebrity Advocate Co-chair of JDRF's Promise to Remember Me Campaign, and in 2007, he visited Capitol Hill to ask representatives to support the extension of the Special Diabetes Program. That year Elliott also became a Global Ambassador for the Inspired by Diabetes Creative Expression Competition, donated money from t-shirt and pin sales during his tour to the Life for a Child Program, and performed "Promise to Remember Me" with children with diabetes in the United Nation's Rose Garden on World Diabetes Day. In 2009, Yamin spoke at the World Diabetes Congress during a forum on "Living with diabetes and its complications: perspective of someone with diabetes." In 2010, he won $5,000 for JDRF and Malaria No More on the game show "Don't Forget the Lyrics," and he performed at Africare's 40th Anniversary gala.