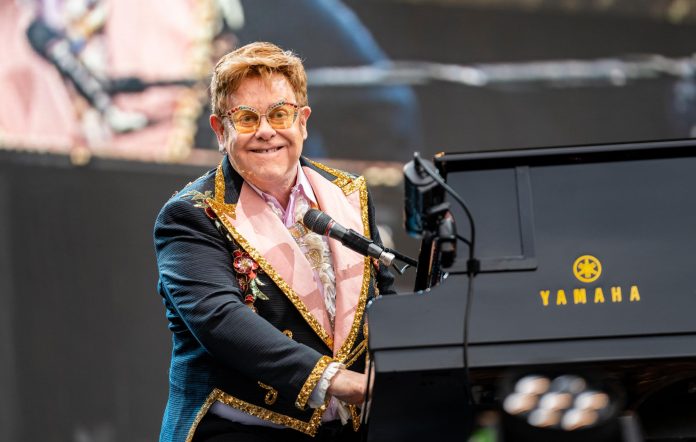 Elton John has reassured fans that he’s ok after he was pictured in a wheelchair ahead of his performance for Queen Elizabeth II’s Platinum Jubilee.

The pop legend, whose pre-recorded performance will be shown at tomorrow’s (June 4) celebration at Buckingham Palace, clarified the situation on his Instagram.

“I want to thank all my fans for reaching out to ask about my health, after the tabloids ran a silly story about my [sic] ‘looking frail’ in a wheelchair.

“The true story is that I’m in top health, loving my shows and playing and singing at my very best. I give 100% every night and never want to disappoint, especially after everyone has waited so long to get back to seeing shows.

He continued: “Your response to every show has been phenomenal and I’m loving every minute of it.”

John is currently on his ‘Farewell Yellow Brick Road’ tour, which is his final ever tour. It has faced multiple postponements since it kicked off in 2018 due to the coronavirus pandemic but resumed in January. The singer’s hip injury also had an impact.

A new documentary focusing on the tour and his early years was announced last month.