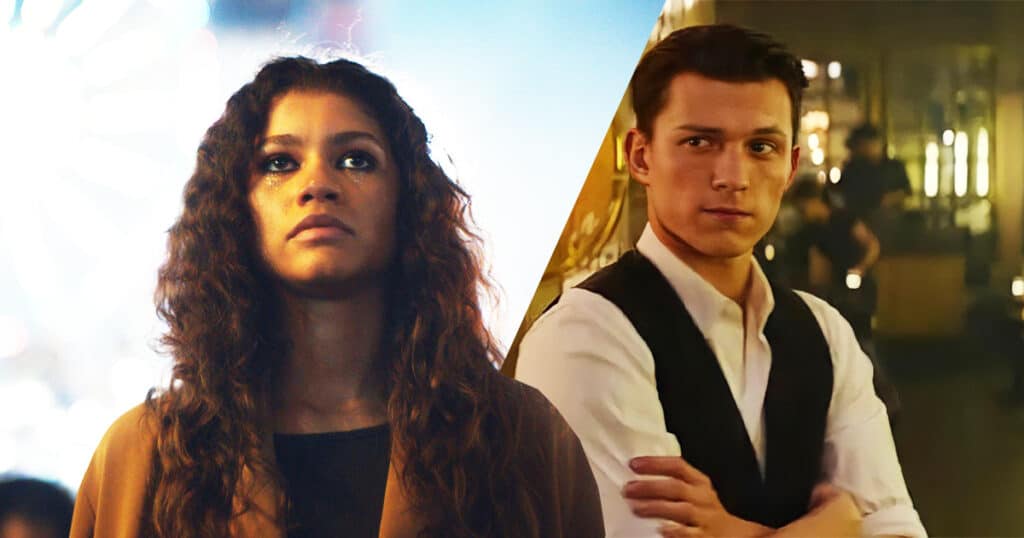 For all of the angst, drama, and all-around troubling behavior that went down in season 2 of Euphoria , there has been one nagging question eating at the fans: Did Spider-Man’s Tom Holland have a cameo during a scene in the hits series’ second season? Zendaya was asked about the mystery but she played things pretty coy.

During an interview with Access Hollywood, Zendaya was asked about the cameo, which some eagle-eyed fans say that they spotted. Even though Zendaya could give us a definitive answer, the actress opted to cheekily respond the all the hoopla by saying, “Could be. Could be true. Can’t confirm or deny. The world may never know.”

Holland did indeed visit Zendaya on set while she was shooting season 2 and fans are certain they spotted the actor in episode 7, “The Theater and It’s Double.” During the episode, a play is taking place and the camera makes frequent pans over the audience. During one of the scenes, fans noticed an actor that was seated near the back that looked similar to Holland. The scene is very quick although some fans did catch screengrabs and speculated about the matter on Twitter after the episode aired. You can check out an image of the scene below and make sure to look at the upper left-hand corner to see if you spot the actor many are saying is Tom Holland. 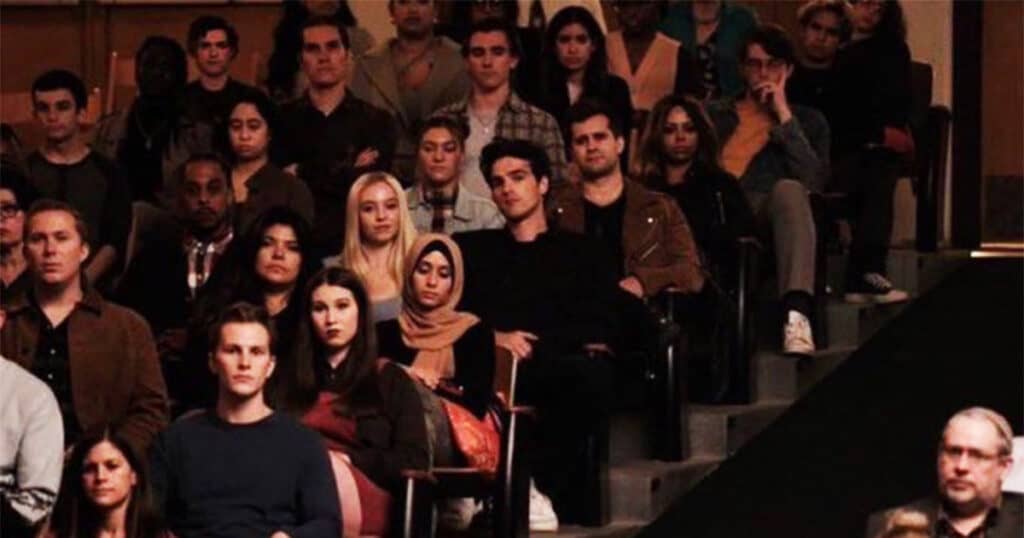 Do YOU think Tom Holland had a cameo during season 2 of Euphoria?