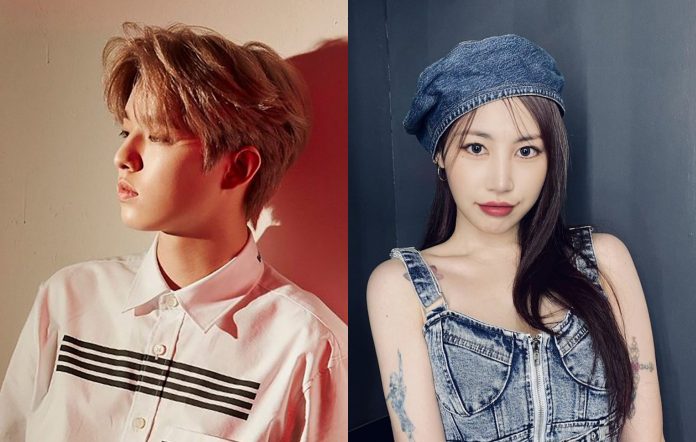 Former Day6 member Jae Park has apologised after he made derogatory comments about solo singer Jamie during a recent livestream.

Since taking a step back from group activities last year – and JYP Entertainment later confirming he was no longer a part of Day6 – Park has been communicating with fans through Twitch streams and broadcasts.

In one recent stream, he said: “Now that I’m not in K-pop anymore, I can say this. Why is Jamie trying to be a thot?” He went on to laugh at his words and told fans to tell her what he’d said.

In another clip circulating social media, Park said if Jamie asked him why he called her a thot, he would say it was because “you’re posting this kind of picture with these kind of poses – that makes me believe that you are perfectly described under that description of what I just said”.

Jamie indirectly responded to Park’s comments on Twitter, tweeting: “I hate that we as women have to be subjected to mens humor to appease incels on the internet period.” She also made reference to some previous tweets she had removed about the situation, writing: “I’m just deleting it, I’m OK.”

Park later took to his own Twitter page to apologise “to Jamie and everyone about what I said”. “It was most definitely a comment made in poor taste and I feel terrible for making Jamie feel the way she does,” he wrote.

“What I thought was friendly banter I now realise wasn’t. In no way was I referencing any kind of physical behavior or energy (trying to take a slight at Jamie) but rather the aura of what people refer to as a ‘baddie’ and thought the two were synonymous, however I do understand that this is in no way an excuse for my comment. My sincerest apologies to Jamie as well as to everyone who was hurt by it.”

Jamie has not publicly responded to Park’s apology.

Park was announced to have left Day6 and JYP Entertainment on December 31, with the agency saying in a statement: “We exchanged deep conversations with Jae for a long time, and following careful discussion, we decided to respect the artist’s opinion and conclude our exclusive contract.”

Of Day6’s remaining members, singer and guitarist Sungjin and bassist and singer Young K are currently enlisted in the military, while drummer Dowoon announced last week that he will enlist on January 17. Keyboard player and singer Wonpil is yet to enlist for his mandatory military service.