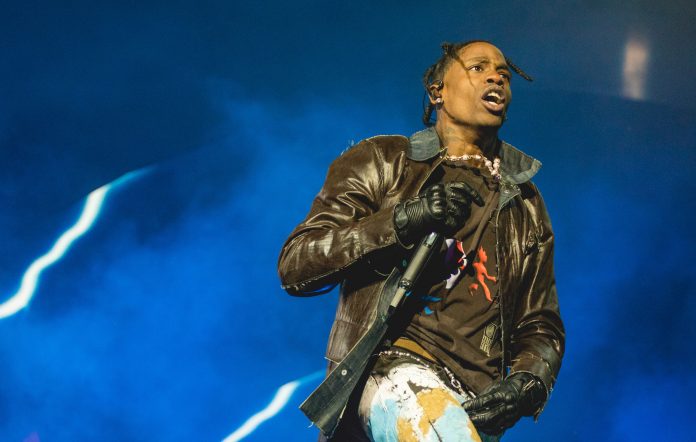 Fans of Travis Scott have spurred rumours that his first live show since this year’s Astroworld festival – where in a tragic crowd surge during his headlining set, 10 were killed and hundreds more were injured – could be at next year’s Rolling Loud in Miami.

The buzz started to circulate on Tuesday (December 28) when a Tweet was posted by the festival reading: “This early bird presale is for the ragers that trust the process.” An innocuous post by any other metric, punters were quick to note that Scott often refers to his fans as “ragers”.

Adding to it the rapper’s storied history with Rolling Loud – having performed at eight editions since 2017, including the New York and Miami stints of Rolling Loud 2021 – and fans seem to be convinced that Scott is likely to appear on the forthcoming bill. Not all of them reacted positively, however, with one fan preemptively calling for a boycott if Scott is indeed billed to perform.

Take a look at just some of the reactions to Rolling Loud’s Tweet below:

Next year’s Rolling Loud Miami will take place from Friday July 22 through to Sunday 24. The lineup is due to be announced sometime in January.

Scott has largely kept out of the spotlight since the Astroworld tragedy, however just before Christmas (December 23), the rapper was seen giving out over 5,000 toys to kids in his hometown of Houston.

December 9 saw Scott give his first public interview since Astroworld, telling Charlamagne Tha God that he’d been on an “emotional rollercoaster” in the weeks following the tragic event, and admitting that he has a “responsibility to figure out what happened”.

The families of several victims have since spoken out against Scott for his statements, arguing that he was merely punting the blame elsewhere. Half of the victims’ families have rejected Scott’s offer to cover funeral expenses.

Reports later surfaced that he had been taken off the Coachella 2022 line-up, after more than 60,000 people signed a Change.org petition calling on festival organisers to remove him. Dior also indefinitely postponed their collaboration with the rapper out of respect for the families of victims.

Last Wednesday (December 22), the US’ House Oversight and Reform Committee launched a bipartisan investigation into Live Nation, scrutinising the company’s role in the festival’s planning, and how those representing it responded when chaos began to unfold in the crowd.

A day prior, Scott appeared to resume promotion for his upcoming ‘Utopia’ project, returning the phrase to his Instagram bio. He’d preciously scrubbed any mention of it from his social media platforms in the wake of the Astroworld tragedy.