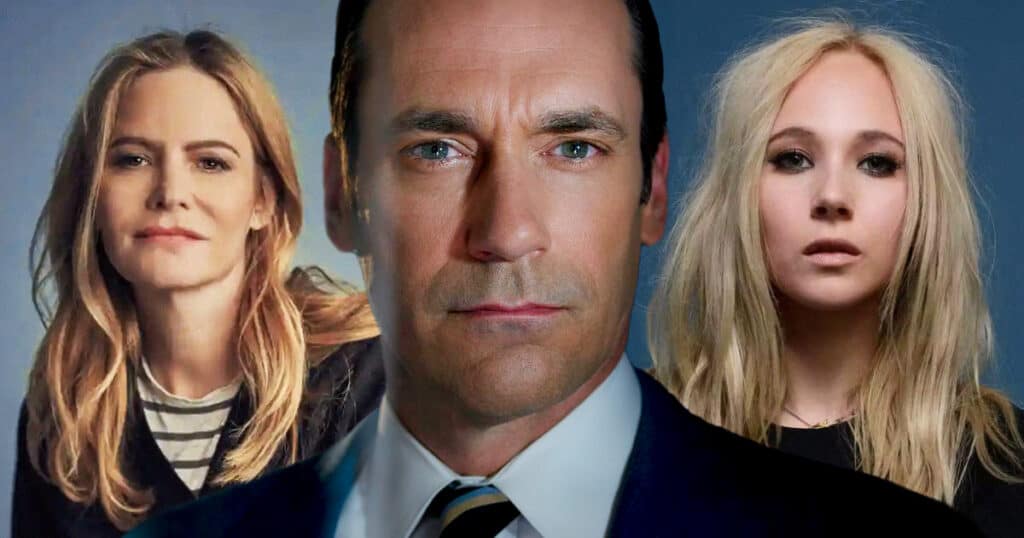 The next season of Fargo is finally on the way. It was announced today that Jon Hamm (Mad Men), Jennifer Jason Leigh (Atypical), and Juno Temple (Ted Lasso) will star in season 5 of Noah Hawley’s Fargo.

Plot details surrounding Fargo season 5 are being kept under wraps, but we do know that it will be set in 2019 and will answer the questions, “when is a kidnapping not a kidnapping, and what if your wife isn’t yours?” Jon Hamm, Jennifer Jason Leigh, and Juno Temple will play Roy, Lorraine, and Dot, respectively. Previous seasons of the anthology series have starred Billy Bob Thornton, Martin Freeman, Kirsten Dunst, Patrick Wilson, Ewan McGregor, Carrie Coon, Chris Rock, Jason Schwartzman, and more.

As far as what the inevitable end-game of Fargo will be, Noah Hawley has said that he doesn’t know “where this thing goes or where it ends. I certainly don’t want to overstay my welcome. I’m sure there are some people who think that four seasons are too many… Fargo has never really been a story where ‘this happens, then this happens, then this happens.’ There’s a lot more that goes into it, and the bar is high, and I certainly have no desire to be the last guy at the dance going, ‘Oh, it’s still good.’“

The fifth season of Fargo isn’t the only project that Noah Hawley is cooking up. He’s also got an Alien TV series in the works that will film after Fargo season 5 wraps up. FX Chief John Landgraf has teased that the series will be the first story in the Alien franchise that primarily takes place on Earth. “So, it takes place on our planet. Right near the end of this century we’re in — so 70-odd years from now,” Landgraf said. “Ripley won’t be a part of it or any of the other characters of Alien other than the alien itself.“