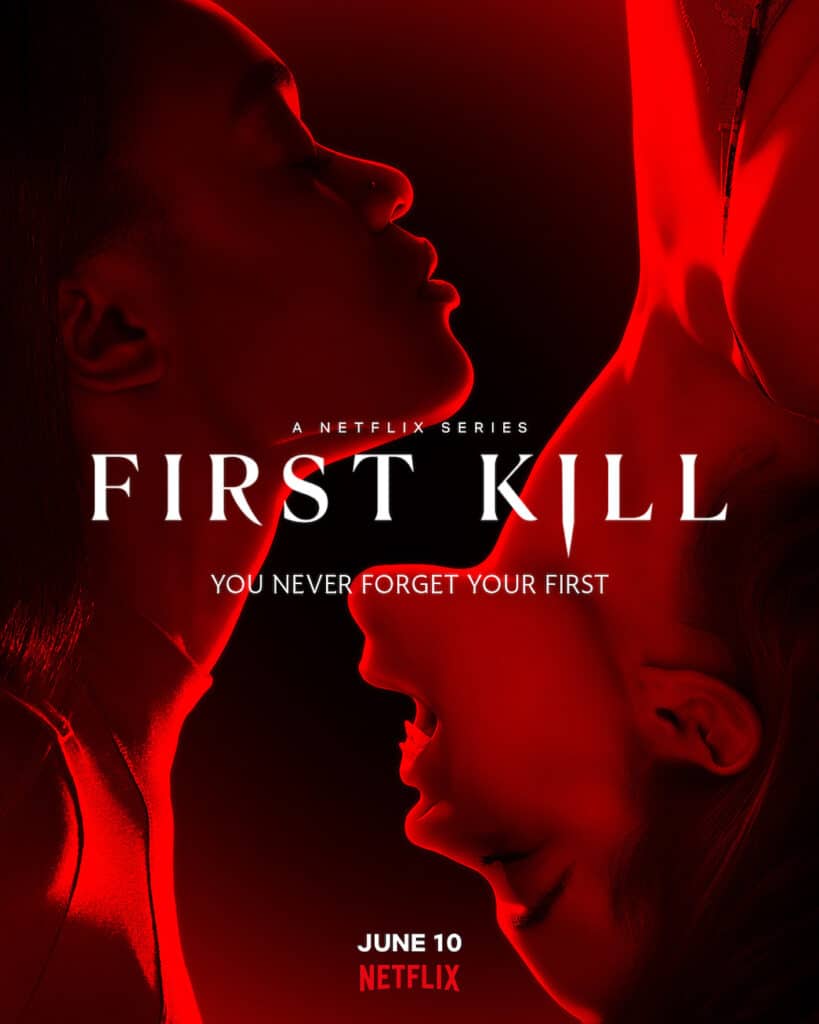 The teen vampire series First Kill will be premiering on the Netflix streaming service on June 10th, and four days out from the show’s release Netflix has shared a brief clip from the show. You can check it out in the embed above. In this clip, we see Sarah Catherine Hook (The Conjuring: The Devil Made Me Do It) as teenage vampire Juliette and Imani Lewis (Vampires vs. the Bronx) as vampire hunter Calliope – and the start of the romance between the two.

First Kill is based on a short story by author Victoria “V.E.” Schwab, who is also creator, writer, and executive producer on the series. Schwab’s story was published in the short story collection Vampires Never Get Old: Tales with Fresh Bite. Copies of the book can be purchased HERE.

Felicia D. Henderson serves as showrunner on First Kill, which has the following synopsis:

When it’s time for teenage vampire Juliette (Hook) to make her first kill so she can take her place among a powerful vampire family, she sets her sights on a new girl in town named Calliope (Lewis). But much to Juliette’s surprise, Calliope is a vampire hunter, from a family of celebrated slayers. Both find that the other won’t be so easy to kill and, unfortunately, way too easy to fall for…

Hook’s character Juliette Fairmont is “a shy, kind teenage girl who was born a vampire and determined to not be a monster. Her family has always supported her but as she comes into her own, her quest for love is challenged by her legacy.” Lewis is playing Calliope “Cal” Burns, “a fearless, headstrong monster hunter. Behind that strong veneer is a vulnerable young teen torn between her duty to her family and the secret yearnings for love.”

Will you be watching First Kill? Let us know by leaving a comment below.