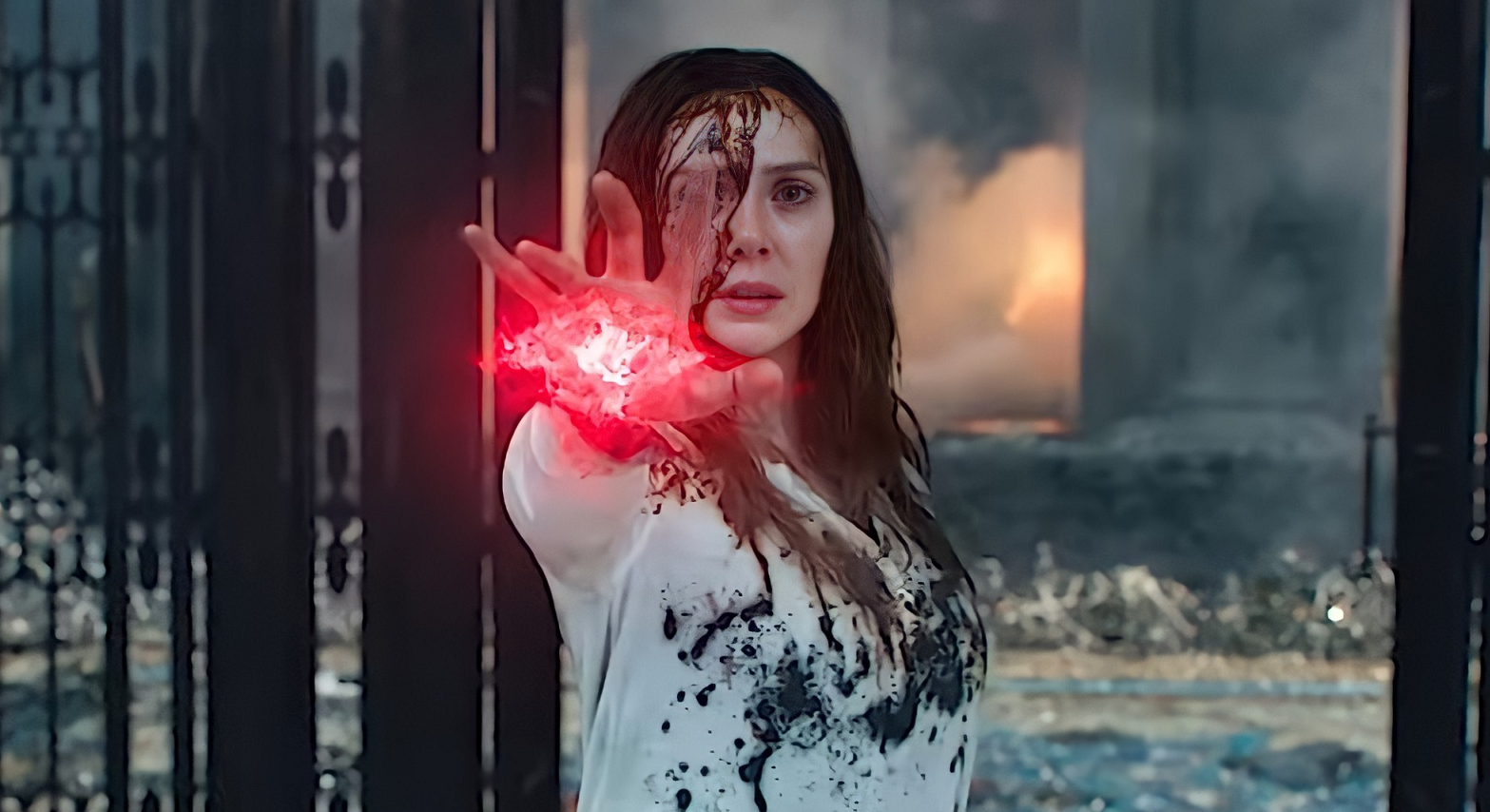 Five Horror Movies Releasing This Week Including the Return of Sam Raimi!

This week marks the big screen return of director Sam Raimi, who returns to both Marvel and the horror genre with sequel Doctor Strange in the Multiverse of Madness .

While we wait for the MCU’s first horror-heavy movie, four other genre movies are also on the way this week. And the new releases begin today, continuing into this weekend.

First up, the survival thriller Breath has been released on VOD outlets today, May 3rd. From director John Real, this one comes courtesy of Uncork’d Entertainment.

In the film, “Lara Winslet is an expert geologist in volcanology. She is together with her team of work on a volcano to conduct surveys. At the end of a working day, Lara decides to stay a little longer to finish an exam and she remains so alone.

“Returning, she has an accident, falling inside a hole in the ground and remains blocked inside there, where no one can see nor hear her. This experience will lead her to take an examination of her whole life and to think of her daughter.”

Adriana Marzagalli and John Real wrote the script for Breath.

The rest of the week is pretty quiet until Friday, which marks the Shudder premiere of brand new original horror movie The Twin . Shudder’s latest stars Lights Out actress Teresa Palmer.

The Twin is the new horror movie from Lake Bodom director Taneli Mustonen.

“Following the aftermath of a tragic accident that claimed the life of one of their twins, Rachel (Teresa Palmer, A Discovery of Witches, Warm Bodies) and husband Anthony (Steven Cree, A Discovery of Witches, Outlander) relocate to the other side of the world with their surviving son in the hopes of building a new life. What begins as a time of healing in the quiet Scandinavian countryside soon takes an ominous turn when Rachel begins to unravel the torturous truth about her son and confronts the malicious forces attempting to take a hold of him.”

Peter Facinelli stars alongside Eric Dane and Teri Polo in the psychological thriller  The Ravine , which BD’s parent company Cinedigm is bringing to theaters and VOD this Friday.

In the film, “A sleepy suburb of New Orleans seems like the idyllic place to raise a family until an unspeakable crime rocks the community to its core. With more questions than answers, family and friends are left to wonder if they overlooked the murderer among them or if there might be more to the story.”

“The Ravine is inspired by true events. The horror was real, yet so was the overwhelming sense of human understanding that it brought to us. We learned and grew from it and want to share it with others,” said Robert and Kelly Pascuzzi. “It is a story of faith, forgiveness, but most of all the restoration of hope – even for the most seemingly unredeemable among us.”

“The Ravine takes a riveting look at the shocking violence and tragedy that can befall an outwardly flawless family,” Cinedigm’s Chief Content Officer, Yolanda Macias, said in a statement shared by Deadline. “With exceptional performances by the film’s stellar cast, we’re sure audiences will be captivated by the twists and turns the story takes.”

Lionsgate is back with Escape the Field , a new horror film from Emerson Moore that will open in select theaters and on VOD platforms this Friday, May 6, 2022.

“The fear is inescapable and the suspense nonstop in this gripping horror-thriller about six strangers who suddenly awaken in a remote, endless cornfield. Stripped of their possessions, they are left with only six items: a gun with a single bullet, matches, a lantern, a knife, a compass, and a flask of water. As mysterious sirens blare in the distance and traps appear at every turn, the group realizes it’s been plunged into a cat-and-mouse game with an unseen evil, and survival depends upon solving a diabolical — and deadly — puzzle.

And that brings us to Friday’s release of Doctor Strange in the Multiverse of Madness (Thursday night in select theaters), horror master Sam Raimi‘s first movie in nearly ten years!

In Marvel’s Doctor Strange in the Multiverse of Madness, the MCU unlocks the Multiverse and pushes its boundaries further than ever before. Journey into the unknown with Doctor Strange, who, with the help of mystical allies both old and new, traverses the mind-bending and dangerous alternate realities of the Multiverse to confront a mysterious new adversary.

Watch a clip below to see how “Sam Raimi” the Marvel Cinematic Universe can get!

Meagan writes in her review for BD, “Raimi does surprise by testing the limits of the PG-13 rating in places. But as thrilling as seeing Strange encounter all types of horror as he races through set pieces can be, this sequel is less interested in forging new ground than repeating the same story and character beats from other MCU movies. It’s an entertaining and spooky romp and not much else. That’s okay. Especially if it brings more horror to the MCU.”