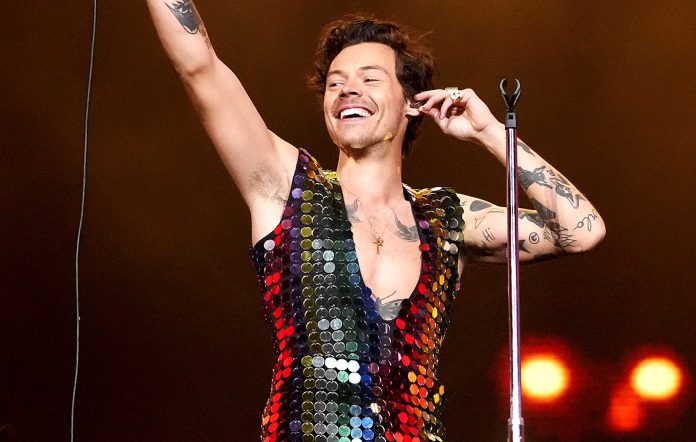 Harry Styles has added two more shows to his upcoming tour of Australia and New Zealand, after presale tickets for gigs in Melbourne and Sydney sold out in a matter of seconds.

Last week, it was announced that Styles will embark on the Australasian leg of his ‘Love On Tour’ next February, performing stadium shows in Perth, Melbourne, the Gold Coast, Sydney and Auckland. Ticketmaster and Live Nation presales started today (April 26), ahead of the general sale beginning tomorrow (April 27).

Citing unprecedented demand for those presales – especially given the cancellation of a long-delayed arena tour in January – second shows have now been added in Melbourne and Sydney, respectively taking place on Saturday March 25 at Marvel Stadium and March 4 at Accor Stadium. As with all of the previously announced shows, tickets to these go on sale tomorrow afternoon (12pm for Melbourne fans and 1pm for those in Sydney).

Styles was initially due to hit Australian shores in November of 2020, playing arenas in support of his then-recent ‘Fine Line’ album. Those dates were postponed indefinitely due to the ongoing COVID-19 pandemic, with Styles commenting at the time: “I really hope to play the shows as planned for 2021 but will continue to monitor the situation over the coming weeks and months.”

When he does return Down Under in February, Styles will have songs from his forthcoming third album, ‘Harry’s House’, in tow. The record is set to arrive on May 20, and has been previewed with lead single ‘As It Was’.

During his headline set at the first weekend of Coachella 2022, the former One Direction star debuted two unreleased songs – ‘Boyfriends’ and ‘Late Night Talking’ – and was joined by Shania Twain to perform her hits ‘Man! I Feel Like a Woman!’ and ‘You’re Still The One’. It was later reported that at least 100,000 fans gathered to watch Styles’ set at the festival.

He also made waves at the second weekend of Coachella, bringing out Lizzo to cover Gloria Gaynor’s 1978 disco anthem ‘I Will Survive’. Styles and Lizzo then sang a joint rendition of One Direction’s 2011 hit ‘What Makes You Beautiful’.

Friday Album Club: Dan and Leonie chat about albums from Harry Styles, Kasabian, Paramore, Mac Demarco, Nick Cave and The Bad Seeds as well as 'Are You Experienced' the 50 year old classic by The Jimi Hendrix Experience.

Also over the weekend, Styles was announced as the final headliner for this year’s edition of BBC Radio 1’s Big Weekend. He was also confirmed to be appearing at the Capital’s Summertime Ball with Barclaycard alongside George Ezra and KSI.