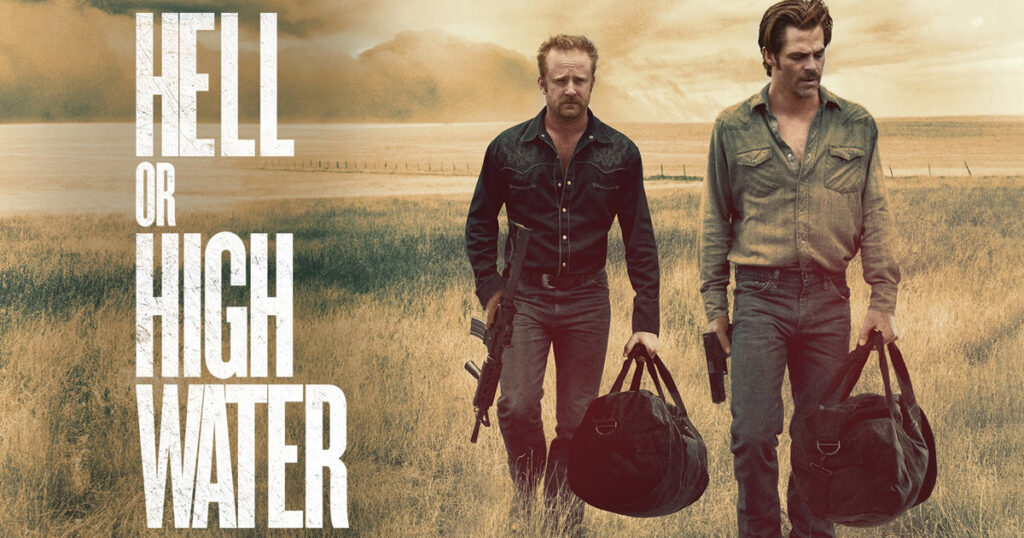 Hell or High Water TV series in development at Fox

Variety has reported that Fox Entertainment is developing a series adaptation of Taylor Sheridan and David Mackenzie’s Hell or High Water.

Released in 2016, Hell or High Water was written by Taylor Sheridan and directed by David Mackenzie. The neo-western crime thriller starred Chris Pine and Ben Foster as two brothers who carried out a series of bank robberies in order to save their family ranch, all while being pursued by two Texas Rangers played by Jeff Bridges and Gil Birmingham. The Hell or High Water series will be written and executive produced by Jessia Mecklenburg (Dopesick) and the synopsis is largely the same as the film. here’s the official logline via Fox:

When a ruthless oil tycoon attempts to plunder a West Texas ranching community, two local brothers dodge a zealous Texas Ranger and fight to keep what’s theirs, one bank robbery at a time, come hell or high water.

Although Taylor Sheridan isn’t involved in the Hell or High Water series, he does have plenty of TV projects on his slate. In addition to Yellowstone, Sheridan recently launched Mayor of Kingston starring Jeremy Renner as well as 1883, the Yellowstone prequel series. He’s also teamed up with Terence Winter to develop Kansas City, a mob series set to star Sylvester Stallone as a New York City Italian mobster who is forced to relocate to Kansas City, Missouri and must reestablish his Italian mafia family to the modernized, straight-shooting town.