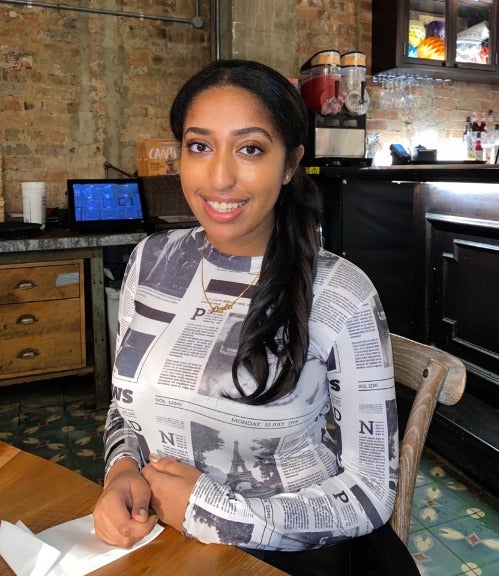 Kim Kardashian’s highly anticipated Saturday Night Live hosting debut finally happened over the weekend — and it did not disappoint.

After weeks of skepticism around her debut, it’s safe to say that Kim — who has spent years avoiding any form of live public performance due to her fear of embarrassing herself — surprised fans with her unexpectedly controversial jokes and hilarious sketches.

In fact, between her scathing jokes about her family members and her hilariously awkward dance moves, Kim's hosting debut was the first time the star has been truly pushed outside of her comfort zone. The guest appearance marked a huge shift in the public's perception of her.

Things kicked things off with Kim’s brutal opening monologue, during which she made jokes about her infamous sex tape while also openly addressing the rumors that her mom, Kris Jenner, was the one who leaked it.

“When they asked me to host [SNL], I was like, why? I haven’t had a movie premiere in a long time,” she quipped. “I mean actually, I only had that one movie come out, and no one even told me it was premiering… It must’ve slipped my mom’s mind.”

Shortly after, Kim went on to speak about her late father Robert Kardashian’s influence on her work fighting racial injustice before making several jaw-dropping jokes about O.J. Simpson — who was defended by Robert in his controversial 1994 double-murder trial.

“It’s because of [my father] that I met my first Black person. Wanna take a stab in the dark at who it was?” she joked. “I know it’s sort of weird to remember the first Black person you met, but O.J. does leave a mark — or several — or none at all, I still don’t know.”

Kim has rarely commented on the trial, let alone joked about it. In fact, during an honest chat on David Letterman's Netflix show, My Next Guest Needs No Introduction, last year, Kim revealed that the whole experience "tore [her] family apart."

And at the time, Kim even refused to share her own opinion on the case. “I’ve never expressed how I've felt about that because I just respect his children,” she said.

But Kim’s eyebrow-raising jokes didn’t stop there. She went on to make jabs about her sisters’ surgeries, Caitlyn Jenner, and her estranged husband, Kanye West.

“I’m excited to be here tonight to show you guys that I’m so much more than a pretty face… and good hair, and great makeup, and amazing boobs and a perfect butt. Basically, I’m just so much more than that reference photo my sisters showed their plastic surgeons,” she said at one point.

And in a dig at both Caitlyn’s and Kanye’s failed political campaigns, Kim joked that she couldn’t run for president as they’d then have “three failed politicians in one family.”

Later on, Kim publicly joked about her divorce from Kanye — who was credited with supposedly helping her prepare for the hosting gig just last week — for the first time.

“I married the best rapper of all time,” she began. “Not only that, he’s the richest Black man in America. A talented, legit genius who gave me four incredible kids.”

“So, when I divorced him, you have to know it came down to just one thing: his personality,” she joked.

But while Kim's opening monologue showcased a new, comic side to her, the sketches were even more surprising.

One of Kim’s most surprising performances came during the “Ladies Night” sketch, which saw her dancing and rapping alongside Cecily Strong, Ego Nwodim, and Punkie Johnson as they let loose on a hilarious night out.

The sketch was especially significant given Kim's dislike of alcohol and clubbing and the fact she's also deathly afraid of dancing or performing out of fear of embarrassing herself.

In fact, Kim’s inability to let loose and have fun has been an unending source of frustration for her family, with Kourtney and Khloé repeatedly labeling her a “bore."

One of the most memorable examples of her fear of dancing took place at a now-iconic Prince concert in 2011, where Kim — who was invited up onstage but refused to dance — was kicked offstage by the late pop star. At the time, Kim tweeted: “OMG Prince just pulled me up on stage!!! I'm shaking!!!! I was so nervous I froze when Prince touched me!!!!”

And during past episodes of Keeping Up With the Kardashians, Kim has opened up about her longtime fear of dancing and performing, revealing that she and Kanye had some of their worst arguments over it.

“It was our biggest fight that I don't dance at Kanye's concerts,” Kim said during Season 12. “I did not dance on Dancing With the Stars. Like, I did not dance!”

Kim also revealed that she’d freaked out when Beyoncé asked her to dance at the Watch the Throne tour in 2016.

“My biggest fear was during Watch the Throne that if I sit next to Beyoncé, she dances and she's up, like, you know,” Kim confessed.

And even just earlier this year, Kim decided against doing a dance with Addison Rae to promote her clothing line SKIMS.

“So, I'm freaking out a little bit because today, Addison is going to teach me a TikTok dance,” Kim said in a confessional on KUWTK.

Kim awkwardly attempted to copy Addison’s moves, repeatedly claiming that she didn’t “have the rhythm” that Addison did before going on to share that she’d found the whole experience “really intimidating.”

So it’s safe to say that Kim’s subversion of expectations in this hilarious clubbing sketch and her overall bold SNL debut certainly took fans by surprise, with many saying it had completely changed their perceptions of her.

“Watched most of SNL last night and was pleasantly surprised by Kim's performance,” wrote one user.

“kim actually did really good on snl last night! I was pleasantly surprised.” tweeted another.

"Kim Kardashian deserves a lot of credit for SNL," one fan wrote. "She's showing her millions of fans that branching out of your comfort zone and displaying the courage to try new things is OK. A message young people everywhere need to consider."

Interestingly, though, this bold new version of Kim may have been foreshadowed by her increasingly adventurous fashion choices in recent months.

Kim has attracted attention recently with a series of full body-concealing outfits that began with an ensemble worn at Kanye's first Donda album listening party in July.

A month later at the third and final Donda event, Kim took to the stage dressed in a Balenciaga couture wedding dress and face-concealing veil.

And her appearance at last month's Met Gala also surprised fans, with Kim rocking an all-black, head-to-toe Balenciaga outfit that she later revealed prevented her from seeing anything.

So, between Kim’s latest risqué jokes, unconventional sketches, and daring fashion choices, she appears to be debuting a new side of herself that we haven't ever seen over the course of her 14-year career.

And with filming for the Kardashians' upcoming Hulu series well underway, it's likely we'll see more of this side of Kim as the series unfolds.