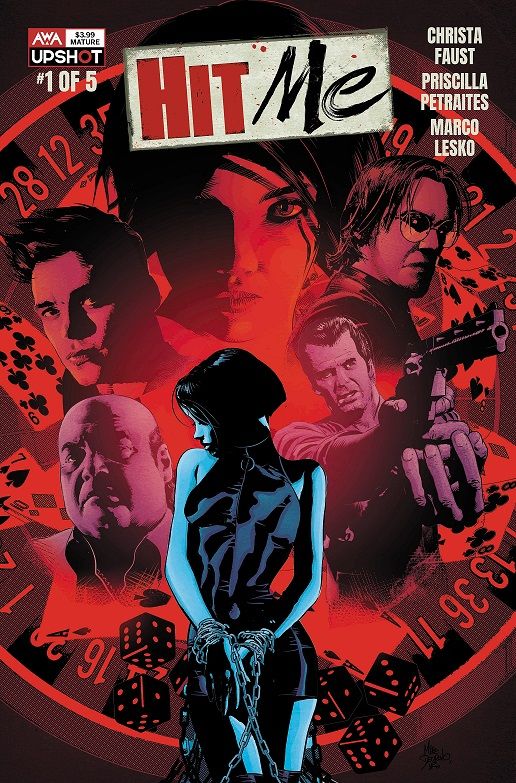 Novelist Christa Faust, whose works include Money Shot, Choke Hold, A Nightmare on Elm Street: Dreamspawn, Friday the 13th: The Jason Strain, and the novelizations of Final Destination 3 and Snakes on a Plane , has teamed with artist Priscilla Petraites (Chariot, Rat Queens) for the thriller comic book series Hit Me , with Artists, Writers, Artisans (AWA) set to get the first issue on shelves on March 2, 2022.

Lulu has a unique profession: She gets paid by the bruise. When she witnesses the execution of one of her regular clients, she escapes into the night with a bag of diamonds and a pack of killers on her trail. Navigating the dark underbelly of decaying, early-90’s Atlantic City, and one step ahead of her pursuers, Lulu must call upon every one of her street-born instincts and underworld connections in what will be the longest – and possibly last – night of her life.

Faust had this to say about Hit Me:

Hit Me, my third comic series with AWA, is an unfiltered and uncensored explosive story of female empowerment that, at its core, is a damsel in distress story, except the man is the damsel and the white knight is a marginalized young woman with a unique skill set. I couldn’t have done this story justice without the talented Priscilla Petraites and the creatively supportive team at AWA.”

AWA was founded by former Marvel executives Bill Jemas and Axel Alonso, and is chaired by Jon Miller. The company is described as “one of the industry’s foremost developers of original stories across publishing, film, television and NFTs”.