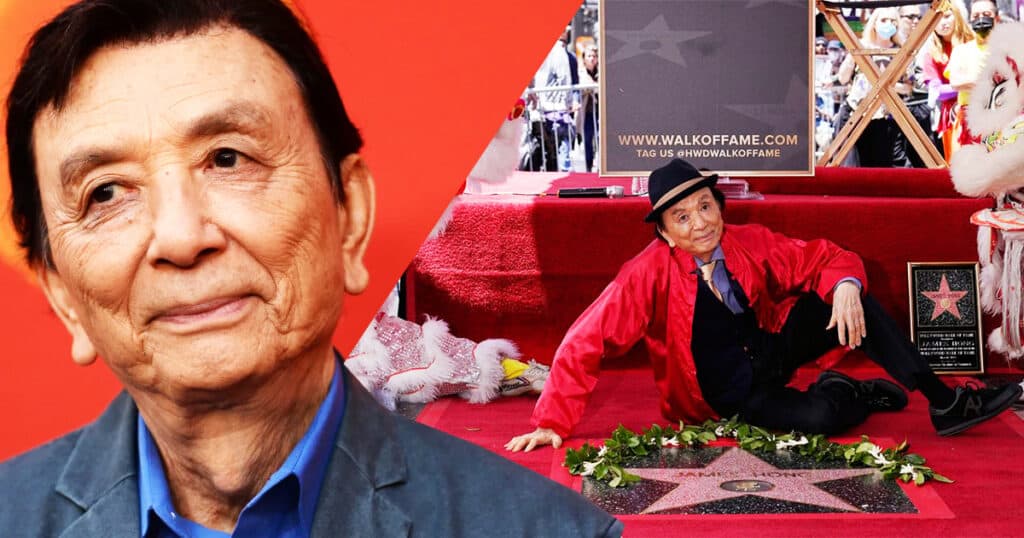 James Hong finally gets star on the Hollywood Walk of Fame

Actor James Hong has been performing on-screen for almost seven decades but he has been without a significant industry honor…until now. After major fan support and a campaign that was started by fellow actor Daniel Dae Kim, Hong has finally received his star on the Hollywood Walk of Fame, per Variety.

The 93-year-old actor, who is still acting and recently appeared in the acclaimed word of mouth hit, Everything Everywhere All at Once, had his star unveiled on Tuesday and he also became one of just 19 people of Asian descent to make it on the famous walk which features 2,700 names. The actor was joined by celebrity guest speakers Daniel Dae Kim and his Everything Everywhere All at Once co-star, Jamie Lee Curtis. As he addressed the crowd of co-stars and fans, Hong expressed that he wanted to just soak up the occasion. The actor said, “As you can see, I don’t have any speeches, because I’m not that kind of person. I just come here. I want to feel the moment.”

Hang has 700 credits to his name and it was Daniel Dae Kim that nominated him for the star. The actor also launched a crowdfunding campaign to raise the necessary funds to nominate Hong. The actor hit his goal with no issue because the fan support was immense and it was able to culminate in this very special moment on Tuesday. Whether you know him from Big Trouble in Little China, Blade Runner, or recognize his voice from Disney’s Mulan, it’s very clear that Hong has had one hell of a career and this is something he richly deserved. Daniel Dae Kim summed this all up nicely during his speech at the ceremony when talking about the veteran actor:

“I’m looking at all of you right here, many of you who deserve to be here, as well. In time, I’m confident that it will happen. But I’m equally confident in saying that no one will have blazed the trail the way that James Hong has. … Today, during the heart of Asian Pacific American Heritage Month, it’s only fitting that we honor someone who personifies the term ‘trailblazer.’”

Hong has said he has no plans to retire and it appears he has the energy to take on more roles as they come at him. He also understands his role as someone who is looked up to in the Asian community. Hong received his honor after more than 70 years in the industry and during that time he constantly fought for more Asian American representation in Hollywood. This moment won’t end that fight but it’s certainly a step in the right direction.

Are YOU excited to see James Hong get his star on the Hollywood Walk of Fame?