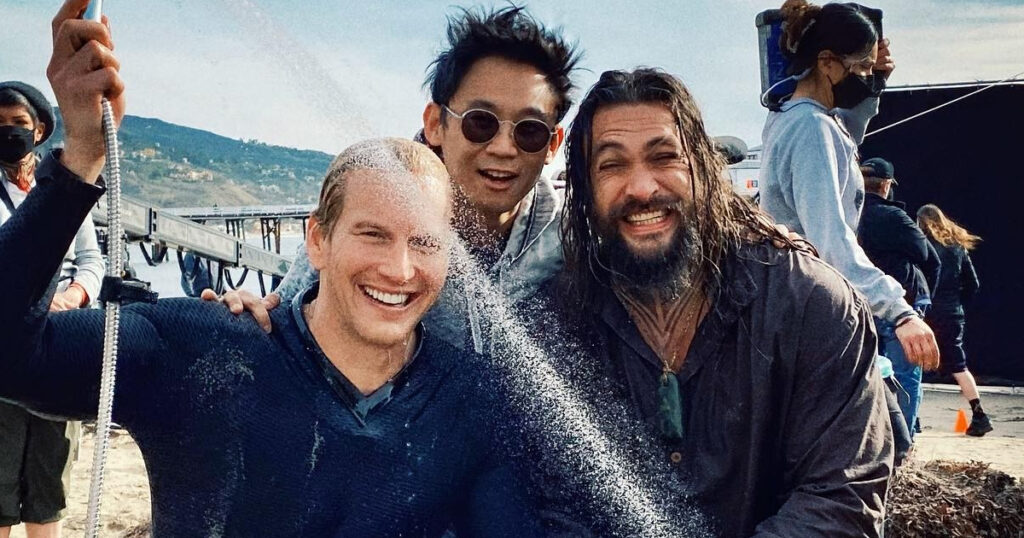 After kicking off production on Aquaman and the Lost Kingdom last summer, it seems that shooting on the much-anticipated Aquaman sequel has finally wrapped. Director James Wan took to social media to announce that it was the “actual” last day of production on Aquaman 2. He also shared an image from the set celebrating the occasion with Jason Momoa and Patrick Wilson. 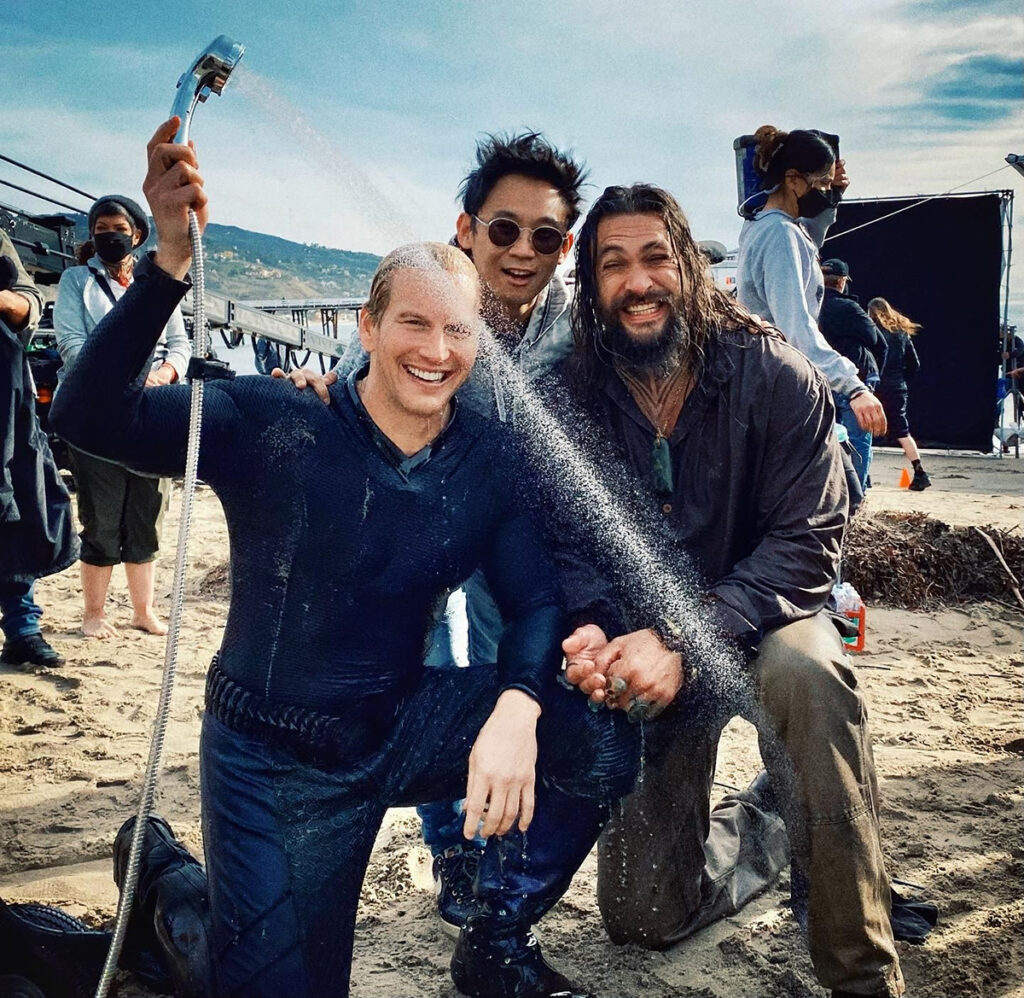 In a caption accompanying the image, James Wan wrote, “And finally, finally, finally picture wrap on the actual last day of #Aquaman2 in Malibu with these two gents @prideofgypsies @thereelpatrickwilson. Yes, we do get very wet, a lot, on this show. A THOUSAND THANK YOUs to all the incredible crew who worked so hard and tirelessly on this picture. Especially the UK portion where we shot 95% of the film. Truly some of the finest artisans and craftspeople I’ve had the good fortune to work with. And big shouts to the amazing Hawaiian and Los Angeles units.” With nearly a year before Aquaman and the Lost Kingdom is slated to hit theaters, James Wan admitted that he has “a very long way to go before it will be ready” but that he “can’t wait to share this little film with you all.“

If you recall, this isn’t the first time that it was announced that production on Aquaman and the Lost Kingdom wrapped, as Jason Momoa said that he had finished filming last month. It appears that there was still more to do.

Aquaman 2 will also star Jason Momoa as Aquaman, Amber Heard as Mera, Yahya Abdul-Mateen II as Black Manta, Patrick Wilson as Orm, Dolph Lundgren as King Nereus, and Temuera Morrison as Thomas Curry. Director James Wan has also previously stated that Aquaman and the Lost Kingdom will be heavily inspired by an unlikely source – Mario Bava’s Planet of the Vampires. “Aquaman 2 is very heavily inspired by Planet of the Vampires,” Wan teased. “You can take the boy out of the horror but you can never take the horror out of the boy.“

Aquaman and the Lost Kingdom is set to hit theaters on December 16, 2022.