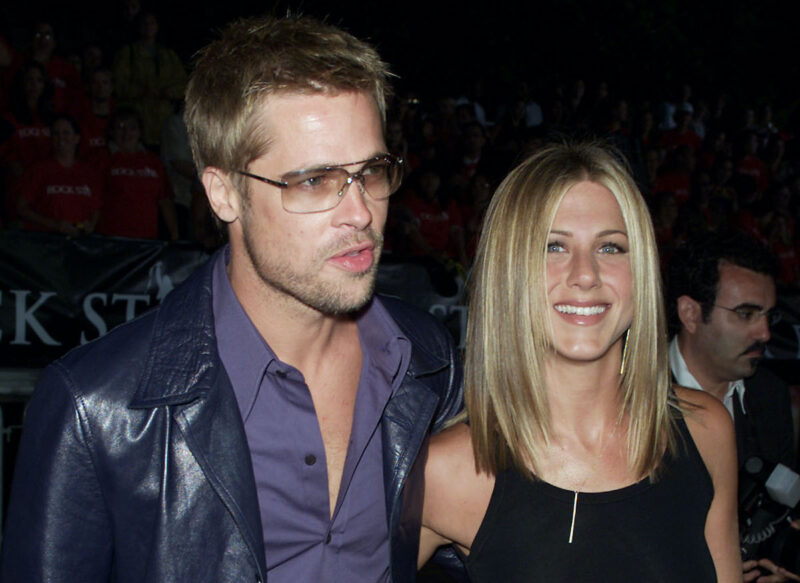 Apparently, Aniston is even helping with his custody battle.

Are Jennifer Aniston and Brad Pitt secretly back together? One report says the two are galavanting around Paris. Gossip Cop investigates.

‘They Looked So Happy!’

The cover story of New Idea reveals Jennifer Aniston and Brad Pitt are back together. Pitt has supposedly gone from crashing at Aniston’s Bel Air mansion to vacationing in Paris. A close insider says, “Brad and Jen enjoy keeping people guessing… but the reality is they’re too clever to get busted actually dating until it suits them to let the news out—at least in America, where people follow their every move.”

In an effort to keep the romance a secret, the source says Pitt is wooing her in Paris instead of Los Angeles. “She’s pretty much admitted she’ll always love him, but as for whether she’ll allow herself to fall for him again is another story,” the source reveals. Pitt’s also helping her get back into making dramas again while Aniston is helping him cope with his custody battle.

Brad Pitt And Jennifer Aniston Back Together?

This story is disturbing. It invents versions of Jennifer Aniston and Brad Pitt who are trying to outfox their fans by flying to France. Just on its face, that’s totally impossible. As this very story points out, Aniston and Pitt are watched like hawks everywhere they go. New Idea really expects us to believe they could vacation in Paris for months without anyone noticing.

Characterizing Pitt as coy is just wrong. He’s not wasting any energy playing up to tabloids for he’s going to get immense press no matter what. As his friend Alia Shawkat revealed in an interview this year when she became a tabloid hot topic over their friendship, “He had no awareness of [the rumors] at all. Which is so funny. Because he doesn’t read that sh*t.” Pitt told her, “I’m sorry. It happens. If you hang out with me, it happens.” He genuinely doesn’t care.

Furthermore, it’s a little insulting to say Aniston needs anyone’s help managing her career. Few actresses have ever been as successful as Aniston. If she felt like doing a drama, she could do one no problem.

This Is Getting Tired

Is there a tabloid narrative more trodden than Pitt and Aniston reuniting? Despite being apart for far longer than they were together, lazy outlets like New Idea are incapable of letting it go. This very outlet claimed Pitt and Aniston were reuniting on a secret island. Before that, Aniston and Pitt were supposed to be having twins together. Needless to say, all of these stories were false. Pitt and Aniston are not dating, so this is all hogwash.