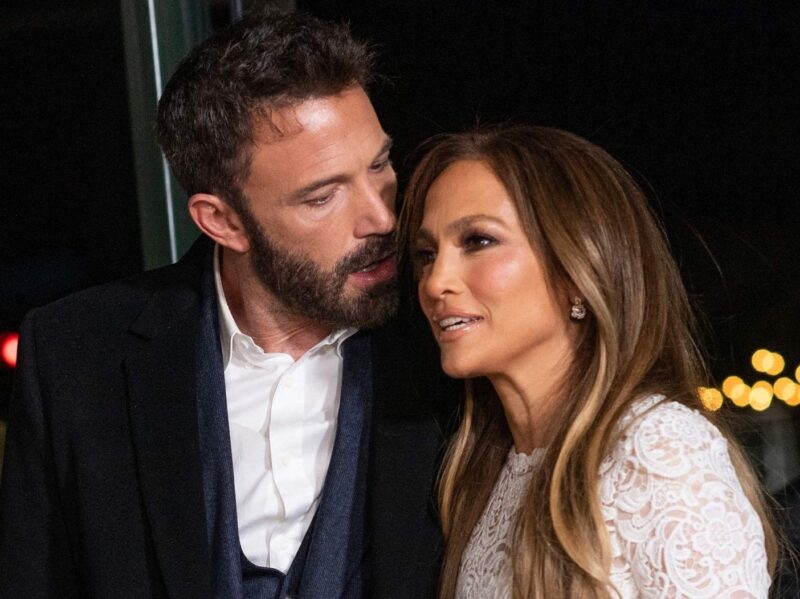 Are Jennifer Lopez and Ben Affleck fighting about their upcoming nuptials? Rumor has it, tensions have been growing between the newly engaged couple. Here’s the latest from the tabloids.

Earlier this month, Star reported Jennifer Lopez was whipping Ben Affleck into shape as a part of their pre-wedding preparations. According to the report, Affleck had started to slack off on working out as he settled into his relationship with Lopez. “When they first started dating, Ben was up at 5 a.m., hitting the gym with J. Lo,” an insider spilled, revealing that Affleck had slipped back into his old habits of munching on burgers and donuts. “J.Lo has told him this is unacceptable. She expects him to pick up the slack and wants him working out every day and eating right, no excuses.”

But this story completely ignored the fact that Affleck has had absolutely no problem getting into shape for films in the past—we were certain he didn’t need Lopez to teach him how to work out. Furthermore, we recognized this story from its past iterations. The tabloids have run this narrative with nearly every one of Affleck’s exes. And while we know that Lopez is a fitness fanatic, we were no closer to buying this insulting tale.

Then In Touch revealed that Lopez and Affleck were struggling after Selling Sunset star Emma Hernan revealed that she had a brief interaction with Affleck on a dating app. “Of course, Emma later clarified it all happened in 2019 before he reunited with J. Lo, but it’s still drama she’d rather not deal with… especially after all of the cheating rumors with Alex Rodriguez,” a tipster mused.

We admitted that the whole misunderstanding probably wasn’t a pleasant experience for Affleck or Lopez, but that’s all it was: a misunderstanding. No one was accusing anyone of infidelity. While fans were definitely spooked seeing the words “Ben Affleck” and “dating app” pop up in headlines, we just don’t see Lopez holding a grudge against Affleck when it obviously wasn’t his fault.

Then New Idea had a similar tune to sing. According to this report, Lopez and Affleck were looking glum on a recent lunch date. And sources insisted it was because Lopez’s trust was shaken after Affleck’s bout of dating app drama. “Jen was badly triggered by this,” a snitch whispered. Apparently, Lopez was prepared to call the whole thing off at the first whiff of cheating. “Jen’s gone through it with many of her exes… She has zero tolerance for cheaters.”

But once we saw the other photos from this allegedly “tense” outing, we know that the magazine wasn’t reporting in good faith. In the full lineup of paparazzi pictures, Lopez and Affleck only looked upset when there was a camera in their faces. But in more candid shots from farther away, the couple could be seen laughing and smiling. Obviously, this publication was trying to sell its narrow-minded story with this singular misleading photo.