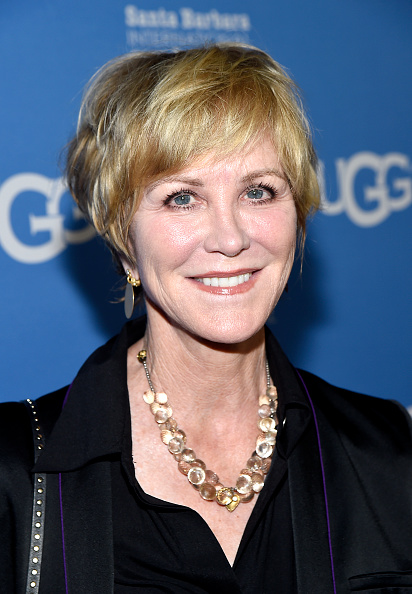 What Is Joanna Kerns' Net Worth?

Joanna Kerns is an American actress, director, writer, and producer who has a net worth of $25 million. Kerns is best known for playing the role of Maggie Seaver on the ABC sitcom "Growing Pains" (1985–1992), but today she is also a successful television director.

Joanna Kerns was born Joanna Crussie DeVarona on February 12, 1953, in San Francisco, California. Her mother, Martha, was the manager of a clothing store, and her father, David, worked as an insurance agent. Joanna has three siblings, Donna, David, and Kurt, and Donna won two Olympic gold medals for swimming in 1964). Kerns is the niece of Miriam Cooper, a silent film actress known for 1915's "The Birth of a Nation" and 1916's "Intolerance." Joanna and Donna were in constant competition during their youth, and Kerns has said, "Donna was the golden girl. There was pressure inside me to duplicate Donna's success." Joanna took up swimming as well, but at age 14, she decided to try gymnastics instead. In 1968, she competed in the Olympic trials and was ranked #14 out of 28 competitors. Kerns majored in dance at UCLA, but she dropped out after she was cast in a production of Gene Kelly's "Clown Around" that required her to be in New York. After "Clown Around," she appeared in "Two Gentlemen of Verona" at the New York Shakespeare Festival and was directed by Burgess Meredith in a production of "Ulysses in Nighttown."

Joanna married commercial producer Richard Kerns on December 11, 1976, two years after meeting on the set of a commercial, and they welcomed daughter Ashley on September 25, 1978. Joanna and Richard divorced in 1985, then Kerns married architect Marc Appleton on September 30, 1994. She filed for divorce in August 2019. In December 2016, Joanna's "Growing Pains" husband, Alan Thicke, passed away, and Kerns released a statement about the loss, writing, "Alan was a true and loyal friend. As Maggie and Jason Seaver, we experienced more than a life-changing success together. When you pretend to love someone day after day, year after year, you see all their faults and foibles and learn to accept them as they are, separate from you, and there is a connection that happens that is hard to explain. I had that with Alan. Maybe that's what marriage should be, the ability to love without judgement and the strength to remain separate."

Joanna is a breast cancer survivor, and in October 2017, she shared her story with "Today." She revealed that she was diagnosed with noninvasive DCIS and had a tumor that measured nearly 5 centimeters. Kerns stated, "I learned that my type of cancer, estrogen-negative, HER2 positive, does not respond to hormone suppressants like Tamoxifen. Therefore, the option of a lumpectomy followed by radiation did not seem like the right call for me. The rate of reoccurrence is apparently quite high in the original breast, and now I had an elevated risk in the other breast as well." She underwent a bilateral mastectomy in December 2016, and she said of her diagnosis, "I'd always taken my health for granted, because I'd always been healthy. I'm athletic and love to golf and swim. I eat right. I love my family, friends, and work. And I work 'til I drop – sometimes putting in 16- or 17-hour days….When you are diagnosed with cancer your life as you know it tilts sideways."

In 2020, Kerns earned a Daytime Emmy Award nomination for Outstanding Directing for a Children's or Young Adult Program for "Light as a Feather." She directed the 2019 episodes "Lost as Eden," "Free as a Bird," "Quiet as a Tomb," and "Brave as a Lion."

Joanna and Marc have owned a number of homes together over the years, primarily in Southern California. In 2020, they put their 4,167 square foot Montecito home (known as "Villa Corbeau") on the market after their split, and it sold for $8.35 million. The 1.75-acre property was purchased for $730,000 in 1993, and the home includes three bedrooms and 3.5 bathrooms.