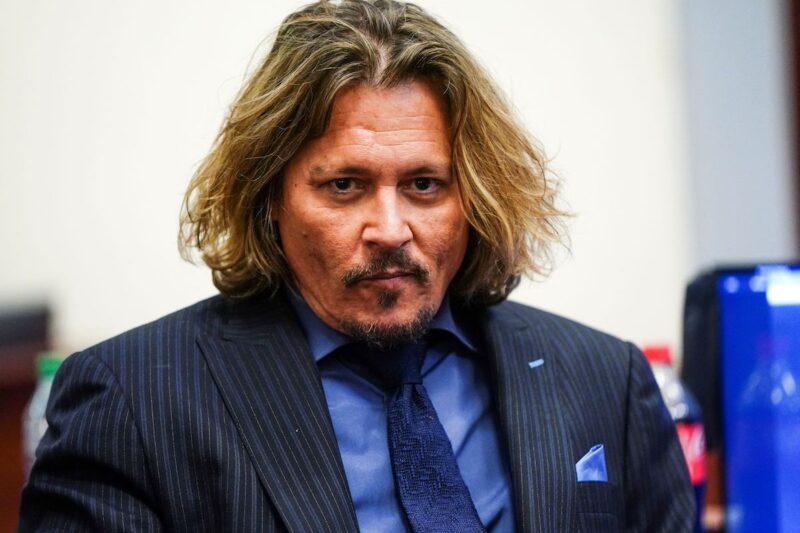 Has Johnny Depp struggled to come to terms with his ever-evolving public image? The tabloids would have you believe that the actor has been in a “downward spiral” for months now. Let’s check in on the Pirates of the Caribbean star.

Back in September, the National Enquirer reported Johnny Depp was caught looking out of sorts and wielding a nasty hand injury. “His hand is littered with bruises that seem to have been caused by blunt-force trauma. It definitely looks like he punched someone or something!” a doctor who hadn’t treated Depp observed. And sources shared that Depp’s emotional struggles are far worst than his physical injuries. “Johnny’s temper has caused him more pain than anybody else… He loses control and too often he’s the one who gets hurt in the end.”

But while it was clear that Depp had injured his hand, the original photos showed a much less severe injury than the tabloid’s shots. It was clear just from a visual comparison that the magazine had edited the photo to make Depp’s hand look far more grotesque and wounded than it really was. While we couldn’t say one way or the other how he sustained the injury or what it meant for his mental state, the tabloid was clearly just trying to add fuel to the fire with this inflammatory report.

Then the Globe reported that Depp’s hygiene had fallen to the wayside as he prepared to sue his ex-wife for libel. And sources said that his body odor was making it hard for him to land dates. “He’s really gone shell while battling in the courts and just shrugs his shoulders or sternly shakes his head when people ask if he’s ever going to get out there and date again,” the tipster confessed. “Johnny still gets offers from women who like the grunge look, but he’s just not interested these days.”

As the article devolved into criticizing Depp’s weight, it became clear that the outlet only ever wanted to insult him. Furthermore, if Depp’s friends were seriously worried for him as the magazine claimed, why in the world would they take those concerns to this sleazy tabloid? Surely, a true friend would bring these concerns up to Depp in private. But it was obvious that the magazine just wanted to make a quick buck by bashing Depp.

And most recently, the Enquirer reported that Depp’s weight had become a real cause for concern. “His general lack of self-care has been an issue for years now, but lately it’s gone into overdrive,” an insider dished. “Johnny’s pigging out on all the wrong foods and drowning his sorrows in booze while smoking like a chimney and doing hardly any exercise.”

But given this tipster’s willingness to insult Depp, we were certain that they couldn’t actually be close to the actor. So, we definitely weren’t buying the source’s comments about Depp’s diet. And we also reminded readers that you can’t really tell anything about someone’s health or diet from looking at paparazzi photos. While it was totally possible that Depp could have picked up some unhealthy habits as he coped with the stress of his legal battle, neither we nor the tabloid would have any way of knowing.

What we do know is that the court of public opinion seems to be swaying further and further into Depp’s favor these days. His ongoing court battle with Heard has certainly made it clear that their relationship was far more complicated than any of us initially realized. So, these tabloids certainly aren’t helping anyone by repeatedly using Depp as a punching bag for false rumors.